Why do some tuna contain toxic mercury levels, while others don’t? • Earth.com 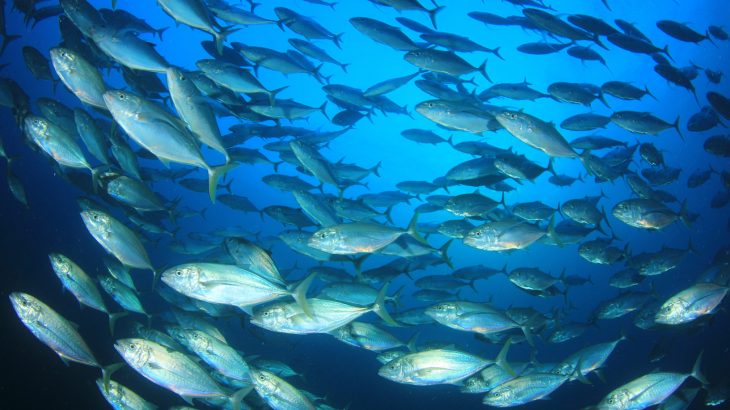 Why do some tuna contain toxic mercury levels, while others don’t?

A new study published by the American Chemical Society may help to explain why toxic methylmercury concentrations in tuna fish vary across different geographic regions. The researchers have mapped the regional variations in an effort to examine the biological, environmental, and ecological factors that are driving these fluctuations.

Methylmercury is highly toxic form of mercury that can cause damage to the central nervous system in humans. Methylmercury is known to accumulate in the aquatic food chain, potentially leading to greater concentrations in fish that are higher up on the food chain, including tuna.

Mercury compounds are released into the atmosphere from natural sources, such as volcanoes and human activities like gold mining. When these compounds reach the ocean, natural bacterial reactions convert them into methylmercury.

The scientists focused their investigation on bigeye, yellowfin, and albacore tuna captured in a region known as the Western and Central Pacific Ocean (WCPO). For most of the samples, the researchers found that methylmercury levels were below food safety guidelines.

The study also confirmed previous findings from other ocean regions that body size is the primary factor in determining contamination within a species. Bigger fish accumulate a higher concentration of methylmercury in their tissues compared to smaller fish. Furthermore, the experts determined that this concentration is affected by sea-surface temperature and the depth of the ocean layer in which tuna feed.

Based on their findings, the team developed a model to help predict methylmercury levels in tuna. The model was found to be accurate for WCPO, as well as for the North Central and Central Equatorial Pacific Oceans, but underestimated levels in fish from the Eastern Equatorial Pacific Ocean. The researchers explained that the research could help in assessing the risks and benefits of eating tuna caught in a particular location.

The study is published in the journal Environmental Science & Technology.
—
By Chrissy Sexton, Earth.com Staff Writer