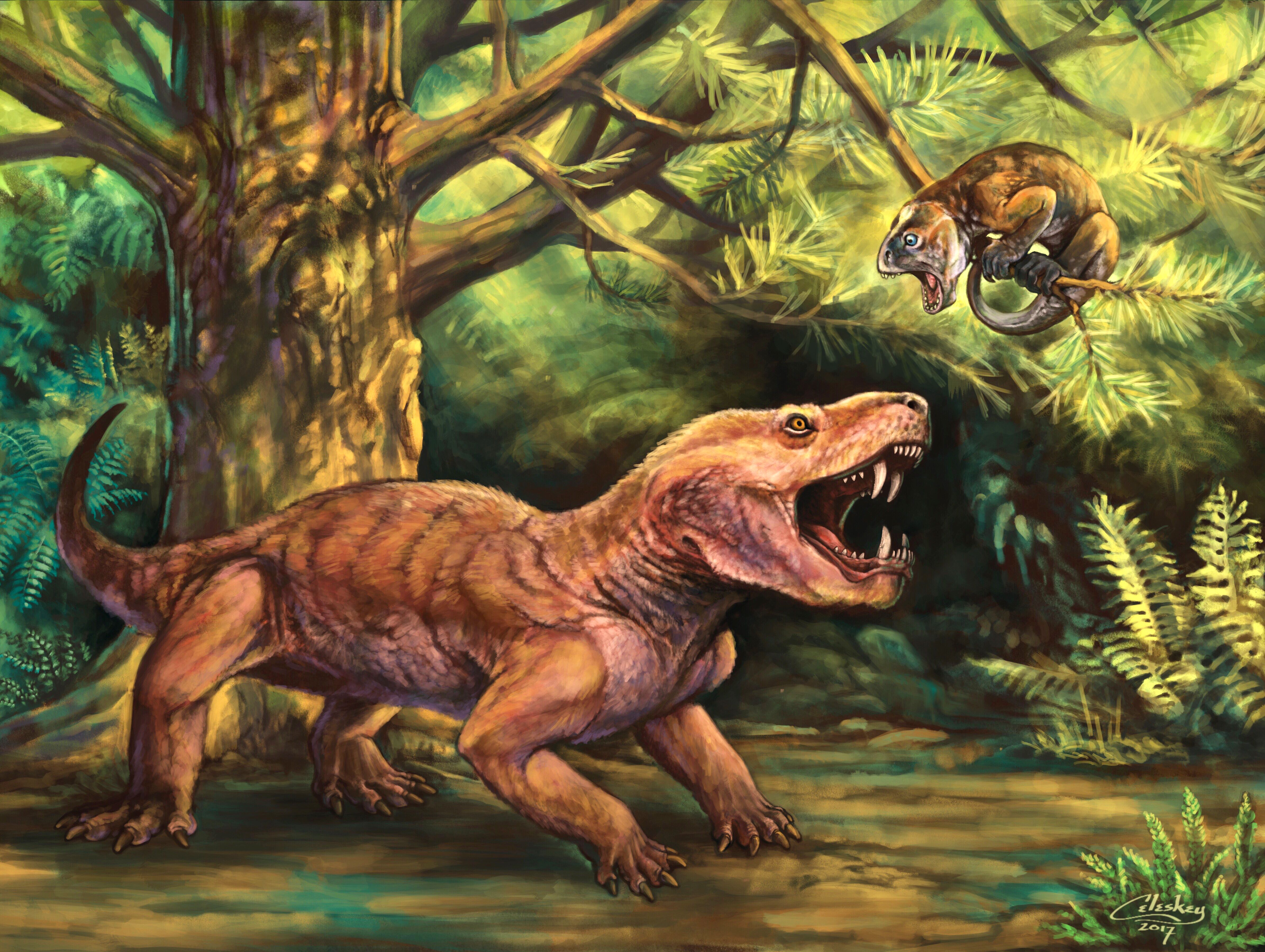 Scientists led by the North Carolina Museum of Natural Sciences have described two new species of saber-toothed prehistoric predators. The fossils are providing new insight into the early evolution of mammals, which was a time when the role of some carnivores drastically changed.

Most remains of Permian therapsids have been found in the Karoo Basin of South Africa. This South African record has provided scientists with invaluable evidence of the evolution of protomammals.

Therapsid fossils from outside of South Africa, however, are also extremely important because they can be used to examine whether events in the protomammal fossil record represent global or strictly regional evolutionary patterns.

Recent expeditions by the Vyatka Paleontological Museum have produced a collection of very well-preserved Permian fossils recovered near the town of Kotelnich in European Russia, including the remains of two previously unknown species of predatory protomammals.

The first of the two new species, Gorynychus masyutinae, was a wolf-sized carnivore and the largest predator in the Kotelnich fauna. The second new species, Nochnitsa geminidens, was a smaller, long-snouted carnivore with needle-like teeth.

The new species from Russia provide the first evidence that the turnover in predators after the mid-Permian extinction was worldwide and not unique to South Africa.

“In between these extinctions, there was a complete flip-flop in what roles these carnivores were playing in their ecosystems – as if bears suddenly became weasel-sized and weasels became bear-sized in their place,” said study co-author Christian Kammerer.

“Kotelnich is one of the most important localities worldwide for finding therapsid fossils – not only because they are amazingly complete and well-preserved there, but also because they provide an all-too-rare window into mammal ancestry in the Northern Hemisphere during the Permian.”