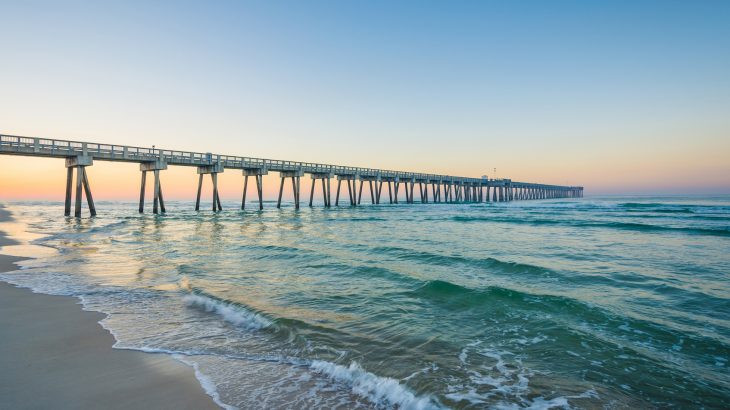 Research funded by the National Science Foundation, the NASA Sea Level Change Team, and the U.S. Department of Energy shows that uneven sea level rise that occurred within the last quarter century can partly be blamed on human-caused climate change. Furthermore, regions where the sea level has increased as a higher-than-average rate will continue to see an increase in ocean height as atmospheric temperatures continue to warm.

This study, published on December 3rd in Proceedings of the National Academy of Sciences, relied on data from the satellite altimetry sea level record, which has been collecting sea surface height measurements since 1993. Scientists and members of the NASA Sea Level Change Team John Fasullo from the National Center for Atmospheric Research (NCAR) and Steve Nerem from the University of Colorado Boulder, used this existing data to predict future global sea level rise and how certain regions diverge from the average.

“By knowing that climate change is playing a role in creating these regional patterns, we can be more confident that these same patterns may linger or even intensify in the future if climate change continues unabated,” Fasullo said. “With sea levels projected to rise a couple of feet or more this century on average, information about expected regional differences could be critical for coastal communities as they prepare.”

Nerem and Fasullo noted that the U.S. West Coast and the oceans around Antarctica have had lower-than-average sea level rise, whereas the U.S. East Coast and Southeast Asia have experienced the opposite. These regional differences depend on where warm water is stored within the ocean, how heat is transported around the global via wind, and the melting of ice sheets.

However, by using climate models, Nerem and Fasullo were able to determine that half of sea level variation is caused by climate change. This has proved difficult to determine in the past because climate change factors can sometimes present themselves as natural occurrences when in fact a direct result of human activity.

The study’s findings are crucial for coastal officials to take note of, and the scientists’ model system can be used to forecast sea level rise in at-risk regions across the globe. “We now have a new tool — long-term satellite altimeter measurements — that we can use to help stakeholders who need information for specific locations,” Nerem said.