‘Unprecedented’ wildfires are burning through the Arctic • Earth.com 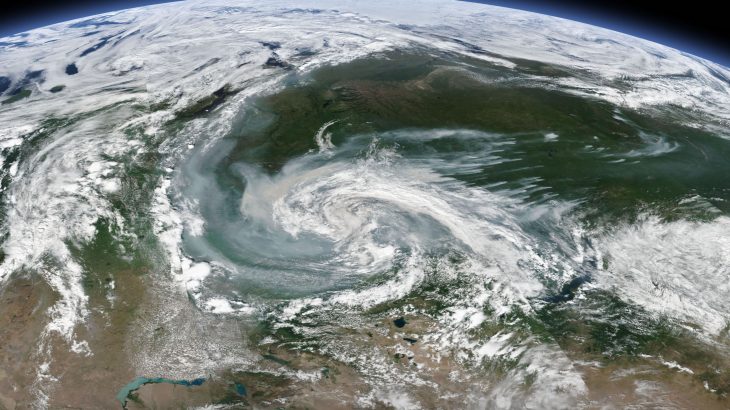 ‘Unprecedented’ wildfires are burning through the Arctic

Scientists working with the Copernicus Atmosphere Monitoring Service (CAMS), which provides data about atmospheric composition and emissions, reveal that more than 100 wildfires, an “unprecedented” number, have lit up in the Arctic Circle since June this year — which was the hottest June on record, worldwide.

Satellite photography expert Pierre Markuse noted to CNN that the region has experienced fires in the past, but never this many at once.

“The number and intensity of wildfires in the Arctic Circle is unusual and unprecedented,” said CAMS senior scientist Mark Parrington per CNN. “They are concerning as they are occurring in a very remote part of the world, and in an environment that many people would consider to be pristine.”

Parrington added that temperatures in the Arctic are rising faster than the global average, meaning wildfires have a greater opportunity to spread at faster rates. Local heatwaves in Siberia, Canada, and Alaska are also to blame, Parrington said.

Dr. Claudia Volosciuk, a scientist with the World Meteorological Organization (WMO), told CNN, “When particles of smoke land on snow and ice, [they] cause the ice to absorb sunlight that it would otherwise reflect, and thereby accelerate the warming in the Arctic.”