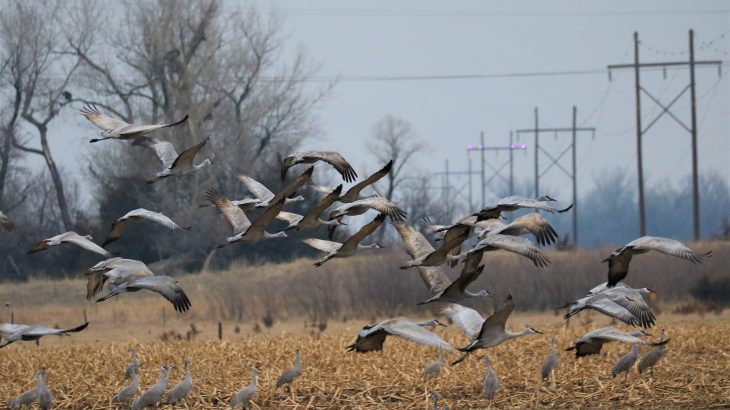 Crane species across the globe are in a state of decline due to ongoing threats such as habitat loss and sea-level rise. Many crane populations are also threatened by collisions with power lines, and efforts to mark the lines and make them more visible have not been very effective.

A team led by James Dwyer of EDM International has now created the Avian Collision Avoidance System (ACAS) by mounting UV lights that shine on the power lines at night. After testing the illumination system, the experts found that it cut crane collisions with power lines by 98 percent.

The researchers tested the effectiveness of the ACAS at Nebraska’s Iain Nicolson Audubon Center, where a power line crosses a key river habitat for migrating Sandhill Cranes. Each night, the system was randomly assigned to be turned on or off. The team observed the behavior of cranes flying along the river at dusk and during the night.

The study revealed that there were 98 percent fewer collisions and 82 percent fewer dangerous flights when the ACAS was on. The cranes were found to react sooner and had more control to avoid hitting the power lines.

“This project came about as a result of years of studying avian collisions with power lines throughout North America. My studies included collisions involving numerous species and families of birds, even on lines modified to industry standards to mitigate avian collisions, and I thought perhaps there could be a more effective approach,” said Dwyer.

“Even so, I did not imagine that the ACAS would have the effect that it did – a 98% reduction in collisions! I thought it would have some effect, but I didn’t dare think the ACAS would pretty much solve the Sandhill Crane collision problem at our study site on our first try.” 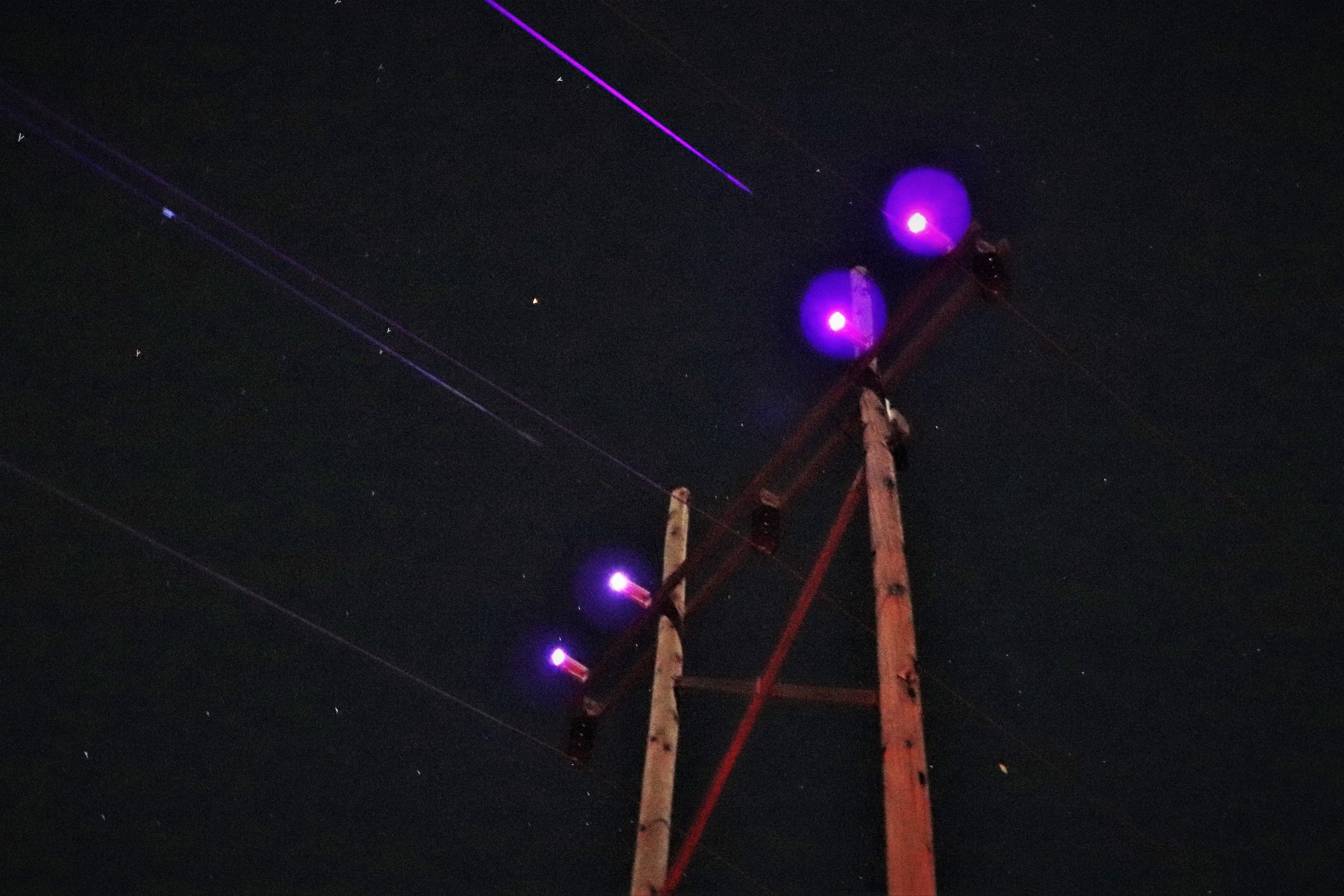 Conventional line markers were already in place on the power lines crossing the river, and the researchers believe that their system illuminated the markers and made them easier for cranes to see.

“We don’t know how effective the ACAS will be on wires without line markers, so we’re testing that now,” said Dwyer. “I hope to see the ACAS applied to and studied on other power lines and on communication towers to identify whether it is as effective with other species, habitats, and wire configurations.”

“From there, if the ACAS proves broadly effective, I hope to see it made easily available to the global electric industry. I also very much hope to see collision studies expanded. Because large carcasses like those of cranes and waterbirds are more easily noticed than smaller species like sparrows and warblers, collision studies have mostly focused on those larger species, and I fear that we may not understand the true distribution of species and habitats involved in the global avian collision problem.”

The study was published in the journal The Condor: Ornithological Applications.