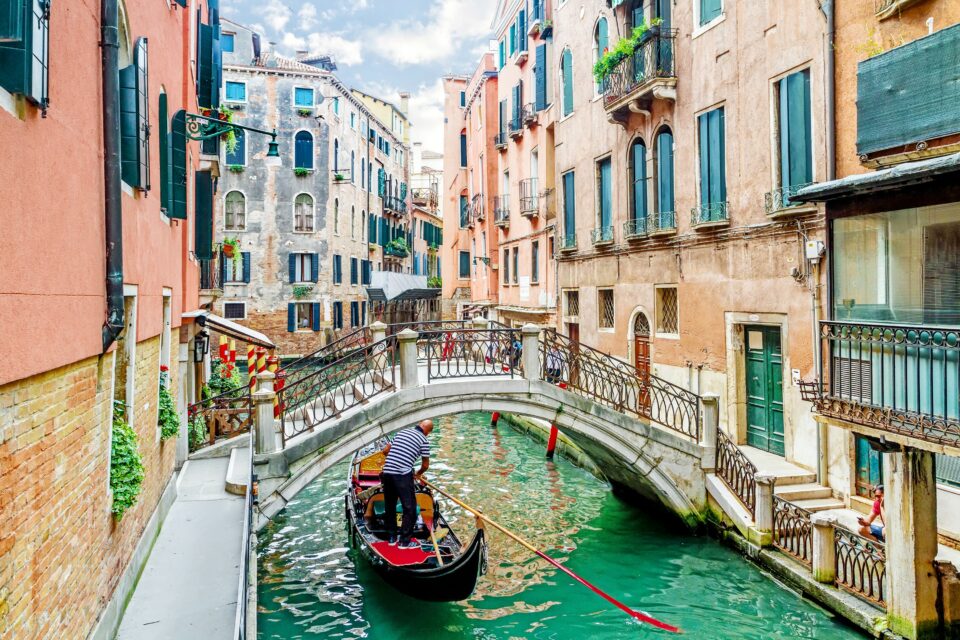 Venice faces an uncertain fate due to sea level rise

In November 2019, Venice experienced its second worst flood in its history, with waters reaching up to 1.87 meters and inundating over 80 percent of the city. Within six weeks, the famous city was flooded four more times, triggering increasing fears about the worsening impact of climate change.

Although such events have always been common during the autumn and winter months, in 2021 Venice was also flooded during summer. “I can only say that in August, a month when this never used to happen, we had tides over a meter five times,” said Carlo Alberto Tesserin, the chief caretaker of Venice’s iconic St. Mark’s Basilica.

“Conditions are continuing to worsen since the flooding of November 2019. We therefore have the certainty that in these months, flooding is no longer an occasional phenomenon. It is an everyday occurrence,” he added.

Due to its unique topography, with long pointed wooden poles driven straight into the seafloor, and 117 canals flowing throughout the city, Venice is particularly vulnerable to climate change.

According to several studies published in a special issue of the journal Natural Hazards and Earth System Sciences, long-term future projections indicate a great uncertainty regarding the relative sea level rise of Venice by the end of the 21st century. The projections range from 17 to 120 centimeters, depending on various greenhouse gas emission scenarios.

In the past, sea level rise was mainly caused by storm surges, but a greater variety of factors will be involved in future flooding, including meteotsunamis (lighter forms of tsunamis generated by atmospheric conditions), or massive planetary atmospheric waves that affect sea levels at multiple scales.

“When you are this close to the upper limit of the tidal range, any meteorological event can be hazardous and cause an extreme flood,” said Piero Lionello, a professor of Oceanographic and Atmospheric Sciences at the University of Salento. “Small increases can have a large impact.”

In the short-term, the protection of Venice from flooding depends on the effective and timely deployment of the new MoSE coastal defense system, which is designed to predict the water levels four to six hours ahead of their maximum and to close several underwater barriers in order to isolate the lagoon from the sea. However, in terms of long-term planning, greenhouse emissions should be urgently curbed in order to save Venice and other coastal cities.