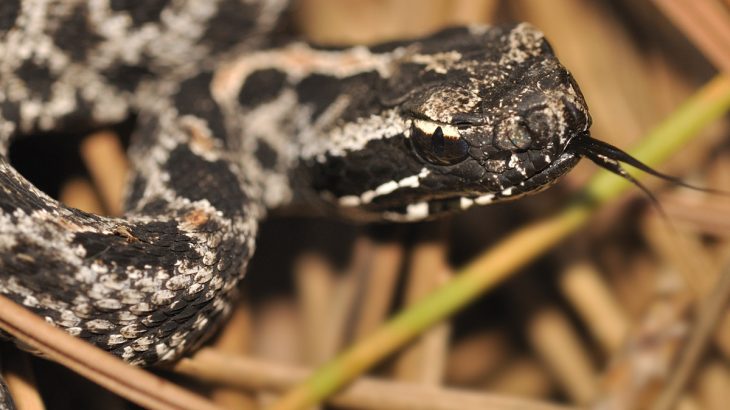 A team of evolutionary biologists at The Ohio State University has found a surprising amount of variation in venom within populations of Florida pygmy rattlesnakes. The study, which is the first of its kind, has revealed that the venom produced by one pygmy rattlesnake can be much more toxic and deadly compared to the venom of a snake in the same group.

It has long been established that snakes of the same species often have variations in venom based on the prey that exist in different environments. However, according to study senior author Professor H. Lisle Gibbs, the discovery of widespread venom variability between individual members of a group of snakes that were born and bred in the same area is perplexing and exciting at the same time.

To investigate, the researchers sampled venom from 32 pygmy rattlesnakes located within about 60 miles of each other in Florida. The team compared the effects of each snake’s venom against brown anole lizards collected in the same region.

In some cases, an individual snake’s venom proved to be deadly against most lizards. In other snakes, however, venom was found to be much less deadly or not deadly at all.

The researchers are now curious about how the toxicity of the rattlesnakes’ venom would vary against another type of prey.

“It could be that the snakes that aren’t good at killing these lizards are great at killing other prey, such as frogs. We just don’t know,” said Professor Gibbs. “Another big question from an evolutionary perspective is ‘Why aren’t they good at killing everything all the time?’”

Professor Gibbs explained that producing the proteins found within venom takes a lot of energy, and so the energy of different snakes may have simply been devoted to toxicity against various types of prey.

“This is a whole new way of looking at how evolution operates on venom that we haven’t considered. There’s a new act in this evolutionary play that we didn’t know about until now.”