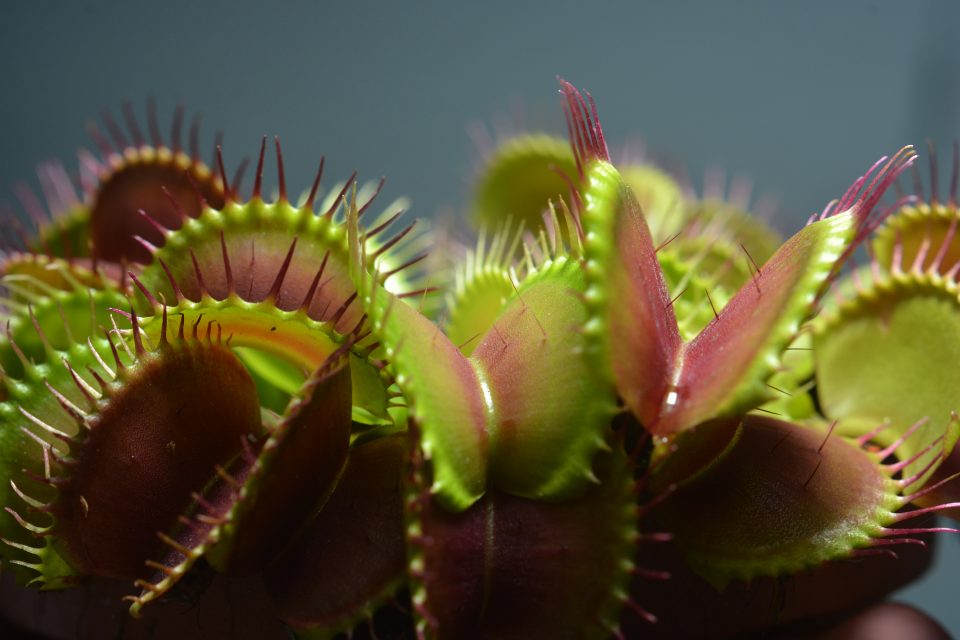 The mechanism used by Venus flytraps to catch spiders and insects is activated when its leaves are touched twice within 30 seconds. In a new study led by the University of Zurich, researchers have discovered for the first time that the trap is also triggered by a single, slow touch.

The Venus flytrap, Dionaea muscipula, is a carnivorous plant that is native to the subtropical wetlands of North and South Carolina in the eastern United States. The plant is equipped with an incredibly elaborate system for trapping its prey.

The flytrap has leaves which contain highly sensitive hairs, and even the slightest touch to one of these hairs produces an electrical signal that spreads throughout the entire leaf. The flytrap responds to two consecutive signals by snapping shut in a matter of milliseconds.

For over 200 years, experts have believed that one touch of a trigger hair generates an electrical signal, and that it takes two signals within 30 seconds for the trap to close. However, the new study reveals a previously unknown triggering mechanism.

“Contrary to popular belief, slowly touching a trigger hair only once can also cause two signals and thus lead to the snapping of the trap,” said study co-author Ueli Grossniklaus.

The groundbreaking research was conducted using highly responsive sensors and microrobotic systems developed in the Institute of Robotics and Intelligent Systems at ETH Zurich by study co-author Bradley J. Nelson and colleagues. The team used this sophisticated system to pinpoint the amount of force needed for a Venus flytrap to snap its leaves shut.

Based on the collected data, the experts developed a mathematical model to quantify the range of angular deflection and velocity thresholds that activate the trap.

“Interestingly, the model showed that at slower angular velocities one touch resulted in two electrical signals, such that the trap ought to snap,” explained Grossniklaus. Experiments confirmed that the model’s prediction was accurate.

The electrical signals generated within the flytrap are produced by ion channels in the cell membrane. Study co-first author Hannes Vogler explained that when the plant is touched more slowly, the flow of ions is enough to trigger several signals.

The researchers theorize that the newly described triggering mechanism evolved for the Venus flytrap to catch slow-moving prey, such as larvae or snails.