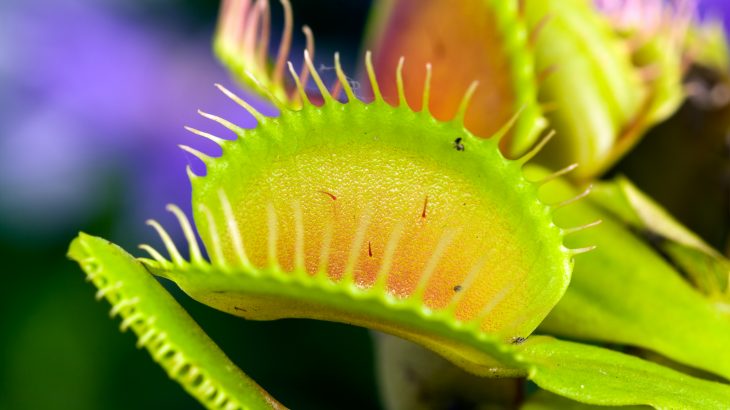 The Venus flytrap is equipped with an elaborate system for trapping its prey. The leaves of the flytrap contain highly sensitive hairs, and even the slightest touch to one of these hairs produces an electrical signal that spreads throughout the entire leaf. The Venus flytrap responds to the electrical signals, known as action potentials, by snapping shut in a matter of milliseconds.

In a new study from the Johannes Gutenberg University of Mainz, researchers have discovered that the electrical signals produced by flytraps generate magnetic fields. The experts managed to measure this biomagnetism using atomic magnetometers.

“You could say the investigation is a little like performing an MRI scan in humans,” said study lead author and physicist Anne Fabricant. “The problem is that the magnetic signals in plants are very weak, which explains why it was extremely difficult to measure them with the help of older technologies.”

The researchers noted that upon stimulation, plants elicit electrical signals that can travel within a cellular network analogous to the animal nervous system.

“It is well-known that in the human brain, voltage changes in certain regions result from concerted electrical activity which, in the form of action potentials (APs), travels within nerve-cell arrays,” they wrote.

The interdisciplinary team of researchers has demonstrated that electrical activity in the Venus flytrap is also associated with magnetic signals.

“We have been able to demonstrate that action potentials in a multicellular plant system produce measurable magnetic fields, something that had never been confirmed before,” said Fabricant.

The Venus flytrap is triggered shut after receiving two consecutive electrical signals. These signals are not just produced as result of touch, but also by other stimuli such as heat. For the study, the researchers used heat stimulation to induce electrical signals and obtain their magnetic measurements.

The detection of magnetic signals from living organisms, also known as biomagnetism, has been studied much more in humans and animals than in plants.

Using atomic magnetometers, the researchers detected magnetic signals with an amplitude of up to 0.5 picotesla from the Venus flytrap. This level of magnetism is millions of times weaker than the Earth’s magnetic field.

“The signal magnitude recorded is similar to what is observed during surface measurements of nerve impulses in animals,” explained Fabricant.

Going forward, the researchers plan to measure smaller signals from other plant species. This type of technology may ultimately be used as a noninvasive method for testing the electromagnetic responses of crop plants to threats in their environment, such as pests or sudden temperature changes.