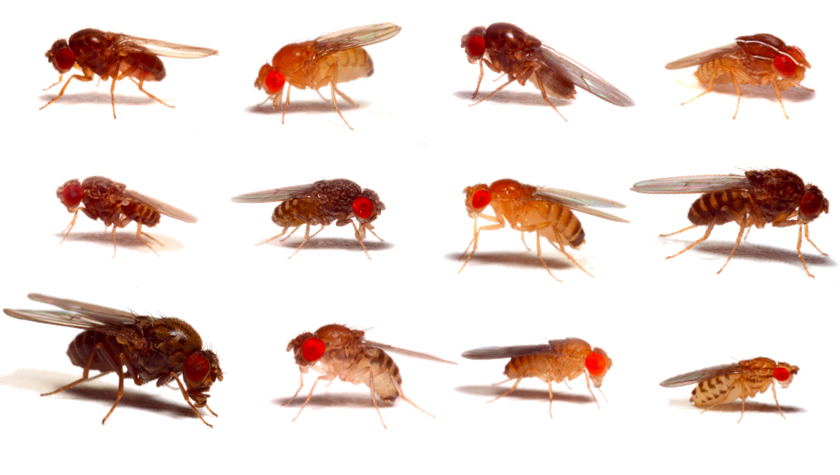 Viruses are more likely to jump along closely related species

Scientists at the University of Exeter are reporting that viruses are more likely to evolve in similar ways among species that are related. This raises the risk that they will jump from one host species to another.

The experts found that “parallel genetic changes” are more likely in closely related species, and the more susceptible one species is to a virus is indicative of the chances that it will jump to a related host. For example, humans could become vulnerable to a virus found in our distant relatives, such as chimpanzees.

HIV, bird flu, and Ebola are all examples of infectious diseases that were spread when the viruses jumped from one animal host to another in a process known as cross-species transmission.

For their investigation, the researchers sequenced the genomes of 19 different species of flies to track the evolution of viruses among them. The fruit flies used in the study were all from the Drosophilidae family and shared a common ancestor 40 million years ago.

“Our findings show that when a virus adapts to one host, it might also become better adapted to closely related host species,” said study co-author Dr. Ben Longdon.

“At present we know very little about how viruses shift from one host species to another, so research like this is important if we want to understand and ultimately predict emerging viral diseases.”

The study is published in the journal PLOS Pathogen.