New method developed to predict where a volcano will erupt next • Earth.com 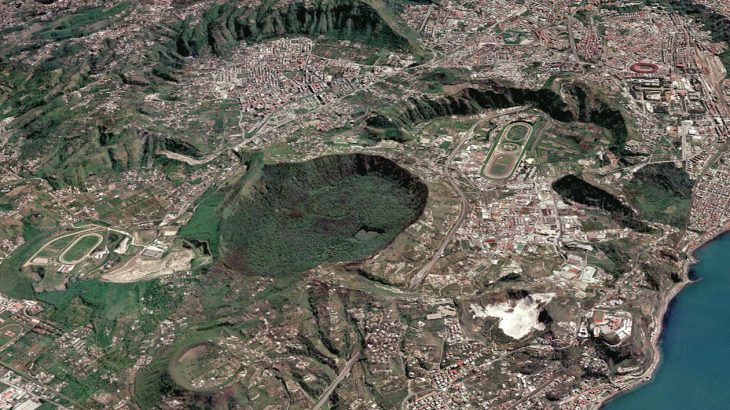 New method developed to predict where a volcano will erupt next

When a volcano erupts, the magma does not always shoot straight out of the summit, and predicting the next vent location can be very challenging. Experts at the GFZ German Research Centre for Geosciences in Potsdam have developed a new method for determining where a volcano will erupt.

“Previous methods were based on the statistics of the locations of past eruptions,” said study lead author Eleonora Rivalta. “Our method combines physics and statistics: we calculate the paths of least resistance for ascending magma and tune the model based on statistics.”

Most of the vents at calderas have only been used once, resulting in spatial vent distribution that threatens wide areas. Forecast maps that are created to predict the location of future eruptions are usually based on the seemingly random vent dispersal, which means they are not entirely reliable.

“Volcanologists often assume that the volcano will behave like it did in the past,” said Rivalta. “The problem is that often only a few tens of vents are visible on the volcano surface as major eruptive episodes tend to cover or obliterate past eruptive patterns. Hence, as mathematically sophisticated as the procedure can be, sparse data lead to coarse maps with large uncertainties. Moreover, the dynamics of a volcano may change with time, so that vent locations will shift.”

Rivalta collaborated with geologists and statisticians to use volcano physics to improve the forecasts.

“We employ the most up-to-date physical understanding of how magma fractures rock to move underground and combine it with a statistical procedure and knowledge of the volcano structure and history. We tune the parameters of the physical model until they match previous eruptive patterns. Then, we have a working model and can use it to forecast future eruption locations,” explained Rivalta.

The new technique was successfully used to examine the Campi Flegrei caldera in Italy, which is one of the highest-risk volcanoes in the world. Within the caldera, about eighty vents have fed explosive eruptions in the last 15,000 years.

“The most difficult part was to formulate the method in a way that works for all volcanoes and not just one – to generalize it,” said Rivalta. “We will now perform more tests. If our method works well on other volcanoes too, it may help planning land usage in volcanic areas and forecasting the location of future eruptions with a higher certainty than previously possible.”