Volcanoes erupt and collapse when they are stressed out • Earth.com 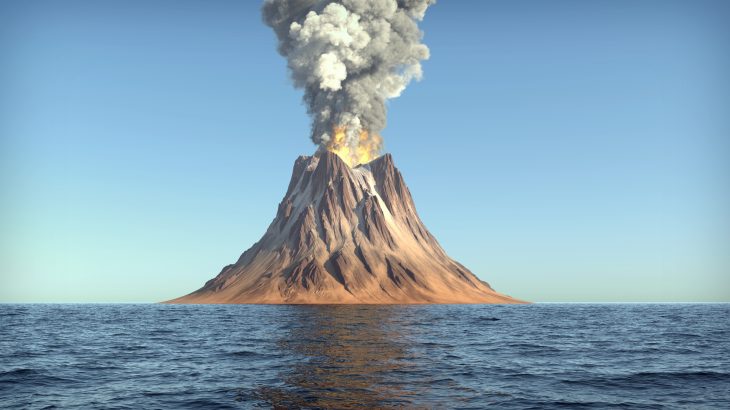 Volcanoes erupt and collapse when they are stressed out

An international team of scientists has discovered how volcanoes experience stress, and the experts report that stressed volcanoes are more likely to collapse and erupt. The research may ultimately lead to better prediction and warning systems to protect people from future volcanoes.

When it comes to these natural disasters, the worst case scenario is volcanic collapse, which can trigger destructive and devastating landslides, tsunamis, or pyroclastic flows.

Dr. Thiele explained that volcanic collapses are very difficult to predict because we often do not know what is going on inside active volcanoes, or what forces may drive stress and instability. “Research on volcano growth helps us to understand these internal processes and the associated forces that could trigger a deadly collapse or eruption.”

For the investigation, the researchers used drones to create a cm-resolution map of the internal structure of a previously active volcano in the Canary Islands that is now dormant.

The team measured the width of hundreds of thousands of cracks where magma poured through during past eruptions. The measurements helped the experts estimate the forces acting within the volcano. They found that these forces slowly build up over time, and the volcano gradually becomes more and more stressed and potentially unstable.

The width of cracks where the magma had flowed provided clues about the driving forces of volcanic collapse, which will help with future predictions. The geological forces identified and mapped by the researchers involved molten intrusions called dykes. These intrusions solidify to form a framework inside a comparatively weak structure that is mainly composed of layers of lava and ash.

“This is one of the first studies to look at the long-term effects of magma movement within a volcano,” said study co-author Professor Sandy Cruden.”We found that volcanoes gradually become ‘stressed’ by repeated movement of this magma, potentially destabilising the whole volcano, influencing future collapses and eruptions.”