Why washing your hands is so important during flu season • Earth.com 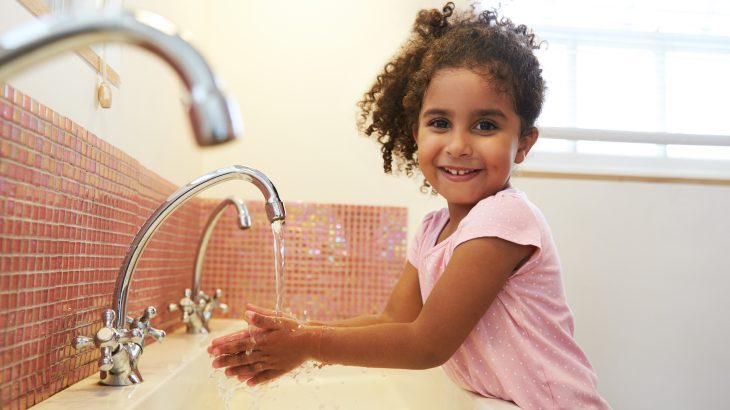 Why washing your hands is so important during flu season

Last year in the United States, 900,000 people were hospitalized and an estimated 80,000 people died from the flu and its complications.

According to Kristen Nordlund, a spokeswoman for the Centers for Disease Control and Prevention, it was the deadliest flu season in more than four decades.

In an article for The Conversation, Michelle Sconce Massaquoi of the University of Oregon explains why washing your hands is so important during flu season. Massaquoi says there are two main strategies in hand washing.

“The first is to decrease the overall biomass of microbes – that is, decrease the amount of bacteria, viruses and other types of microorganisms,” she writes. “We do this by lathering with soap and rinsing with water. Soap’s chemistry helps remove microorganisms from our hands by accentuating the slippery properties of our own skin.”

The second strategy, says Massaquoi, is to kill the bacteria. By using antibacterial soap, we can reduce some bacteria much more effectively compared to using plain soap.

“Further, the genes that allowed the bacteria to be resistant could pass along to other bacteria, causing more resistant strains. Together, the ‘take-over’ of resistant strains would render the use of the antibacterial agent essentially ineffective.”

“With this in mind, you may want to stick with plain old soap and water.”

The CDC recommends that we wet our hands with clean water, apply soap and lather for 20-30 seconds, and rinse well with clean running water.

“I was shocked to read a study that indicated that 93.2 percent of 2,800 survey respondents did not wash their hands after coughing or sneezing,” Massaquoi writes in The Conversation. “Also, one study showed that across a college-town environment with observations of 3,749 people, the average hand-washing time was approximately six seconds.”

Another option is an alcohol-based hand sanitizer that contains at least 60 percent ethanol. However, these sanitizers may not eliminate all classes of germs.

According to the CDC, “The best way to prevent seasonal flu is to get vaccinated every year.” The CDC has a site dedicated to answering questions about the flu vaccine, which can be found here: https://www.cdc.gov/flu/prevent/index.html.