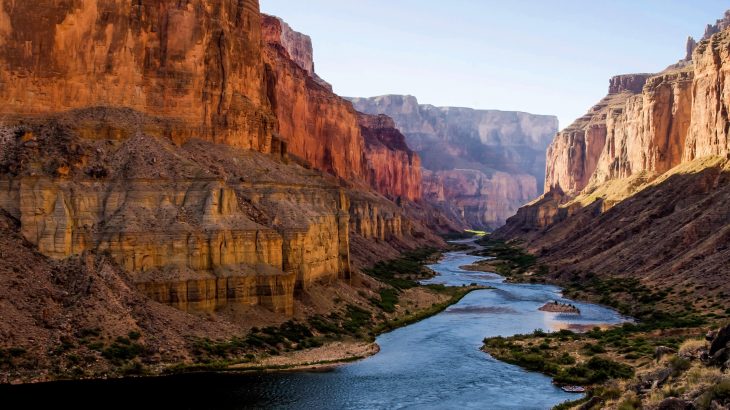 A new study from the Joint Research Centre (JRC) is reporting that a combination of climate change and population growth will elevate competition among countries for limited water resources. The researchers have identified five global hotspots where water scarcity may cause major conflict in the not-so-distant future.

Scarce water resources can cause or worsen political tensions, regional instability, and social unrest. The goal of this research is to implement strategies that may promote cooperation among countries.

Water conflicts are more likely to become an issue in areas that are already experiencing water stress, such as regions along the Nile, Ganges-Brahmaputra, Indus, Tigris-Euphrates, and Colorado rivers. The experts referred to these five regions as “water hotspots” where “hydro-political interactions” are most likely to occur.

Using a new machine-learning approach, the JRC scientists analyzed the conditions and factors that will most likely to lead to water management issues.

“The scope of our study is two-fold. First, we wanted to highlight the factors which lead to either political cooperation or tensions in transboundary river basins. And second, we wanted to map and monitor the likelihood of these kinds of interactions over space and time and under changing socio-economic conditions,” explained JRC study lead author Fabio Farinosi.

The study revealed that the main factors that drive either political cooperation or tensions in transboundary river basins are: scarcity of water, high population density, power imbalances, and climatic stressors.

The combined effect of climate change and population growth will increase the likelihood of water-related conflict surrounding shared river basins by between 74.9 and 95 percent. Furthermore, increased pressure will be placed on water resources worldwide.

“This does not mean that each case will result in a conflict,” said Farinosi. “It depends on how well prepared and equipped the countries are to cooperate. This is where we hope our research can help, by raising awareness of the risks so that solutions can be sought early on.”

Based on the results of the study, the experts have created a model and an index that can be used to help identify areas at risk of water conflicts across the globe. The tools may influence policymakers to implement strategies that encourage cooperation between countries before conflicts arise.