When animals flock to watering holes, so do their parasites • Earth.com 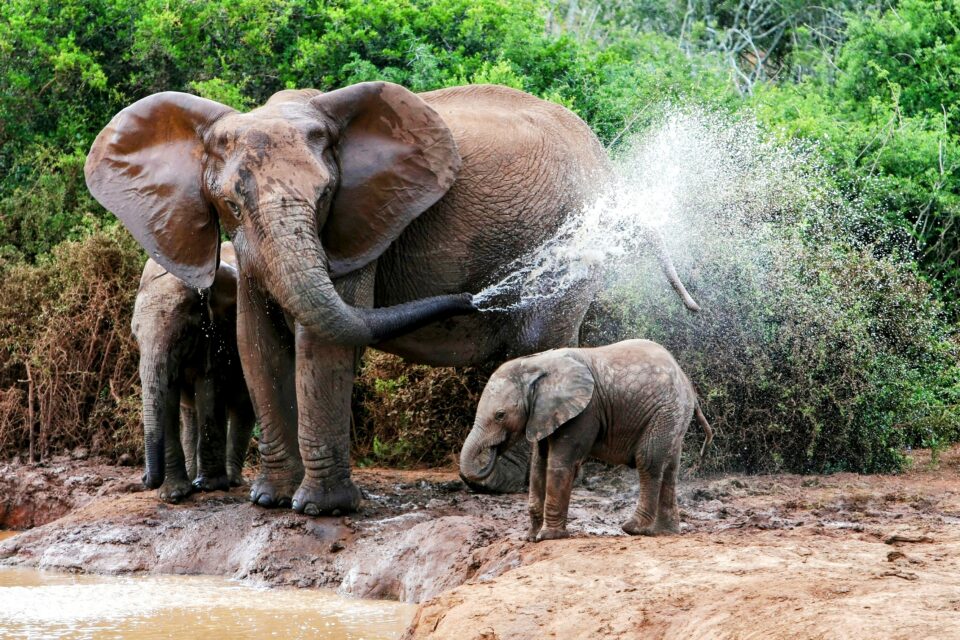 When wild creatures gather at watering holes, they also bring along their parasites, according to a new study from UC Santa Barbara. The experts report that cattle and elephants have the highest increased risk of exposure to the parasites.

“We think about watering holes as being iconic centers of these majestic animals, but they are also hotspots for the parasites that infect these animals,” said study co-author Georgia Titcomb.

The researchers set out to investigate how watering holes may influence the distribution of the parasites across savannas in central Kenya.

The study revealed that parasite density is much higher around water sources compared to the surrounding landscape. The exposure risk varied among animal species, and the results suggest that cattle and elephants have by far the greatest risk. In fact, potential parasite exposure for cattle was 143 times higher, and 67 times higher for elephants.

Titcomb said she expected watering holes to aggregate parasites, leading to higher exposure for hosts. “But we didn’t expect quite the degree of variation among different wildlife species. The animals that were most strongly affected, and that really followed our expectations, were ones that are quite water dependent: elephants and cattle.”

The researchers also surveyed 17 watering holes and 17 dry locations at the Mpala Research Centre, in central Kenya, as well as three wet and dry sites at Ol Pejeta Conservancy. The team found that in the driest areas and time periods, parasite density around water sources was more than 150 times higher than that of locations without water.

“If a cattle herder wants to reduce the chances that their cattle are exposed to parasites, they may want to avoid grazing their animals within 150 meters of water,” said Titcomb.

Next, she hopes to investigate how parasite infections in cattle might affect wildlife. “Because cattle are so numerous, their infection patterns have really strong potential to affect less numerous wildlife in the area.”