More than a dozen wild bee species are on the decline • Earth.com 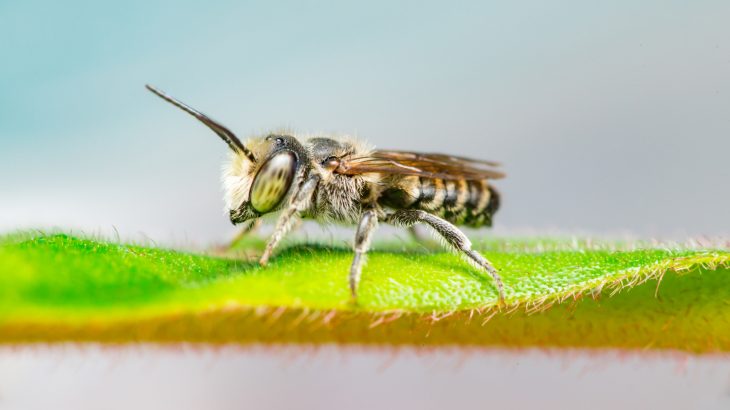 More than a dozen wild bee species are on the decline

According to a new study from the University of New Hampshire, 14 wild bee species in New England are currently in trouble.

Writing in the journal Insects and Conservation Diversity, the authors of the study share that some of the affected species, the majority of which are mining and leafcutter ground-nesting bees, are on the decline by as much as 90%.

“We know that wild bees are greatly at risk and not doing well worldwide,” said senior author Sandra Rehan, assistant professor of biological sciences. “This status assessment of wild bees shines a light on the exact species in decline, beside the well-documented bumble bees.”

She continued, “Because these species are major players in crop pollination, it raises concerns about compromising the production of key crops and the food supply in general.”

The nationwide decline of bee populations has been observed for the past decade. Scientists blame the dwindling numbers on climate change, insecticides, parasites, disease, and a lack of  diversity in the bees’ food supply. The overall population drop is highly concerning due to the fact that bees are critical pollinators for wild and domestic plant species, including plants that make up a third of the human diet.

Bee expert Jeff Lozier, from the University of Alabama, who did not take part in the UNH study, called the findings “interesting,” however he noted that the research should expand outside of New Hampshire to better round out the results.

“The most important use of the data in my view is in providing a baseline set of hypotheses for groups of species that are potentially declining or stable across a much greater set of species than is usually examined, which can then be investigated in more detail to determine why they may be changing,’ Lozier told the AP. “This study doesn’t really determine the why quite yet, but gives us a reference point for further study.”

And this is exactly what Rehan wanted to do: inspire other researchers to take up the charge and look into rarely studied bee species in their neck of the woods. Furthermore, Rehan added that, although her team’s research could not pinpoint the cause of decline in these 14 bee species, they hypothesize that climate change is the main contributor.

Being forced to travel north due to warming temperatures, the bees are faced with a lack of food supply at higher elevations. “They have nowhere else to go. That is the biggest concern,” Rehan said.

She did say, however, that another eight species the team studied are actually increasing in number, which means all hope is not lost.

“It’s not so hopeless,” Rehan added. “There are some bees still faring well. We still have to do better by the bees but some bees are doing OK.”