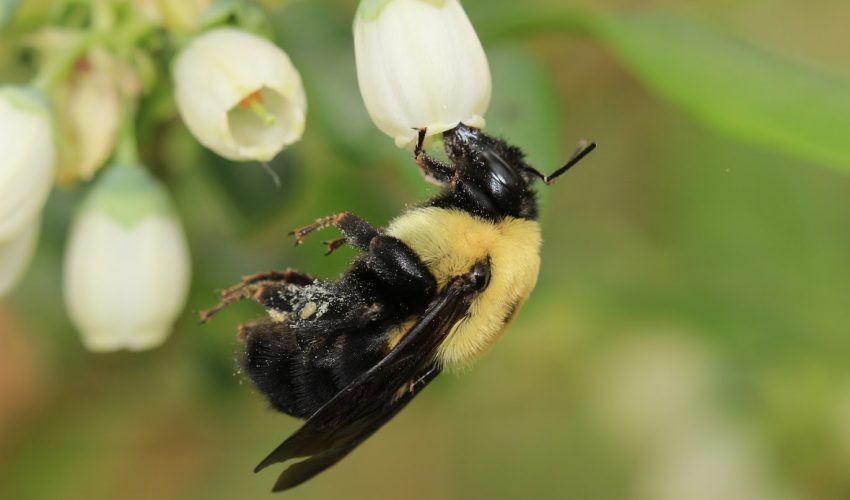 Researchers at Rutgers University have confirmed a link between increased pollination and a larger number of wild pollinator species. The experts are reporting that more species of wild bees are needed for vast regions of crops to thrive.

The study was focused on 48 farms in New Jersey and Pennsylvania over the course of several years. The team collected and identified more than 100 species of wild bees that were observed pollinating crop flowers. Over half of the species examined were needed for pollination on at least one of the farms.

“Our results confirm the importance of biodiversity in keeping the planet habitable for human beings, at least if our findings apply to other ecosystem functions as well,” said lead author Rachael Winfree.

According to scientists, wild pollinators provide as much as half of the crop pollination that takes place worldwide. The role of wild pollinators may be more important now than ever before with declining populations of domestic honey bees in North America.

“I like to think of this as a real-world question,” said Winfree. “These are real farms and real farmers, and each farmer needs his crops pollinated. The answer turns out to be, that when you require that all farms are pollinated, you need an order of magnitude more bee species than has been needed in experiments.”

In earlier studies, Winfree offered recommendations for farmers and land managers who want to promote a greater presence of wild species for crop pollination.

“Farmers can plant fallow fields and road edges with flowering plants, preferably plants whose flowering periods are different, because wild pollinators need to be supported throughout the growing season,” said Winfree. “They can reduce pesticide use and avoid spraying during crop bloom when more bees are in the crop field.”

While many controlled experiments have demonstrated that increased pollination results from more species, this is one of the first studies to confirm this connection in nature.