Wildfire ash traps mercury and keeps it in a non-reactive form • Earth.com 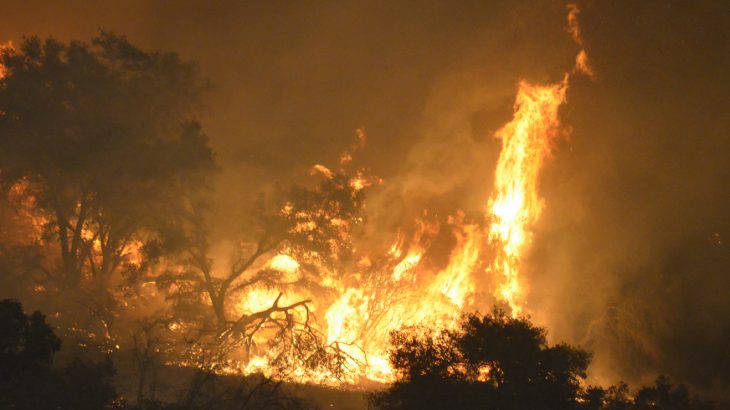 Large amounts of mercury are released into the atmosphere during forest fires, but some of the mercury gets trapped in ash instead. A team of researchers has studied the ash from the recent California wildfires to analyze its potential to capture mercury.

The heat and drought conditions during the summers of 2017 and 2018 fueled hundreds of wildfires in the western United States. In November, two additional wildfires broke out in California. The Camp Fire and the Woolsey Fire were both devastating events that claimed many lives, destroyed homes, and burned up thousands of acres of forest.

The powdery nature of mercury makes it likely to run off into aquatic environments, where it can be converted by microbes into highly toxic methylmercury. It is not clear,  however, what exactly happens to mercury absorbed in wildfire ash, which can be black or white in color. Low-intensity burning creates black ash, while more intense fires generate white ash.

For the current study, which is from the American Chemical Society, the researchers set out to examine mercury levels and reactivity in black and white ash from the Woolsey and Camp Fires.

In addition, stream water mixed with black or white ash for a number of weeks had lower amounts of mercury and methylmercury compared with stream water that contains unburned vegetation. The researchers theorized that black carbon in the ash could bind mercury and keep it in a non-reactive form that is not released into the water.