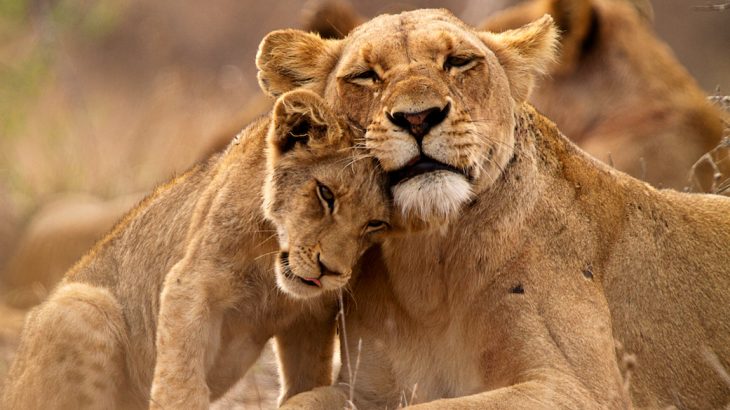 Scientists pinpoint areas where wild animals can seek refuge from humans. A new study led by the Wildlife Conservation Society (WCS) has mapped the world’s remaining “cool spots” where species are still thriving, as well as regions where human activities are making it a challenge for species to survive, or “hot spots.” Land clearing and unregulated hunting are shrinking the areas where wildlife can escape the pressure of humans.

“Nearly a quarter of the species assessed are threatened across nearly 90 percent of their distribution,” Allan said. “Most distressingly, 395 species are impacted throughout their entire range and will almost certainly face extinction without action to remove the threats.” Scientists pinpoint areas where wild animals can seek refuge from humans

There was a total of 5,457 species examined for the study, including 2,060 amphibians, 2,120 birds, and 1,277 mammals. Across 84 percent of the Earth’s terrestrial surface, human activities were found to affect these species. For many charismatic animal species, such as elephants and lions, humans impacted the majority of their ranges.

The top “hot spots” identified in the study were areas of Southeast Asia where there is an increasing human presence throughout tropical forests. “Cool spots” were found in parts of the Amazon rainforest, Andes Mountains, and in the forests of Russia and North America. 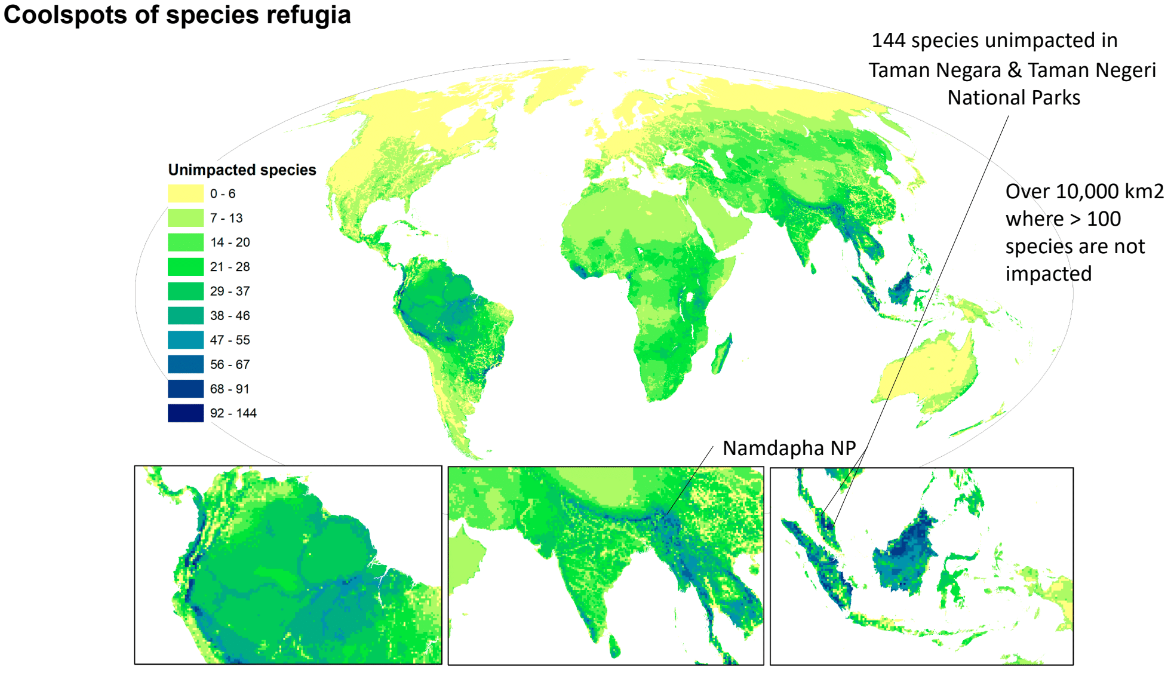 According to the researchers, the results of the study should serve as a roadmap of where to direct future conservation investment. The findings could also be used to develop strategies to directly address activities that are driving species declines.

James Watson of the WCS explained: “It is obvious that the vast majority of imperiled species that are not extinct yet, will be if we don’t take pre-emptive action. We still have time to adjust and improve, but we need to use the results of this study to focus on saving those areas that as strongholds for these species.”