Women wait longer than men to get help during a heart attack • Earth.com 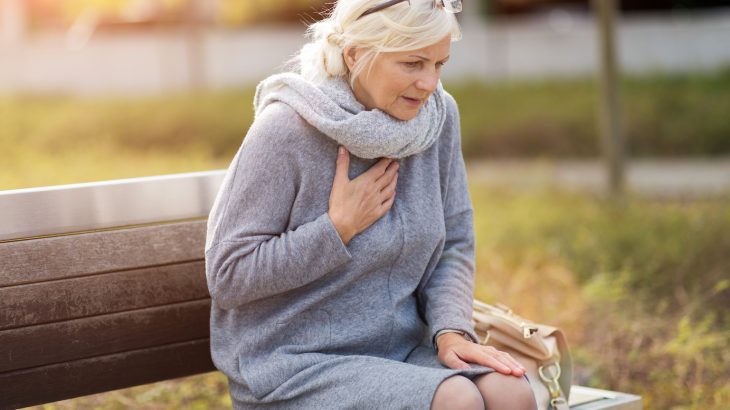 A new study published by the European Society of Cardiology has revealed that women with heart attack symptoms often wait longer than men to get help. In light of this new evidence, the researchers are urging women to call for an ambulance as quickly as possible.

Among both men and women, ischaemic heart disease is the leading cause of death. Women are an average of 8-10 years older than men when they have a heart attack, and usually experience different symptoms.

Study co-author Dr. Matthias Meyer is a cardiologist at Triemli Hospital in Zurich, Switzerland. He explained that women may wait longer for help because of the misconception that men are usually the victims of heart attacks, and also because pain in the chest and left arm are the best known symptoms.

“Women and men have a similar amount of pain during a heart attack, but the location may be different,” said Dr. Meyer. “People with pain in the chest and left arm are more likely to think it’s a heart attack, and these are usual symptoms for men. Women often have back, shoulder, or stomach pain.”

In the last 10-15 years, many new strategies have been used to shorten the delay between symptoms and treatment. The current study investigated whether these delays have been reduced among women and men.

The study involved 4,360 patients with acute ST-segment elevation myocardial infarction (STEMI) who were treated at Triemli Hospital between 2000 and 2016.

The analysis was focused on patient delay – the time from the onset of symptoms to contact with a hospital, emergency medical service, or general practitioner – and system delay. Over the course of 16 years, system delay reductions were found to be the same among both men and women.

“We found no gender difference in the timely delivery of care by health professionals, with both men and women receiving a stent more quickly after contacting the medical services than they did in the past,” said Dr. Meyer.

Patient delay was found to decrease in men over the 16-year period, but there was no improvement in patient delay among women. In addition, women were found to wait approximately 37 minutes longer than men before calling for help.

“Women having a heart attack seem to be less likely than men to attribute their symptoms to a condition that requires urgent treatment,” said Dr Meyer.

While in-hospital mortality was significantly higher in women than men during the study period, patient delays were not to blame.

“As expected, the acute complications of a heart attack drive in-hospital mortality rather than delays. But we do know from previous studies that delays predict long-term mortality,” said Dr. Meyer.

“Every minute counts when you have a heart attack. Look out for moderate to severe discomfort including pain in the chest, throat, neck, back, stomach or shoulders that lasts for more than 15 minutes. It is often accompanied by nausea, cold sweat, weakness, shortness of breath, or fear.”

The study is published in the journal European Heart Journal: Acute Cardiovascular Care.