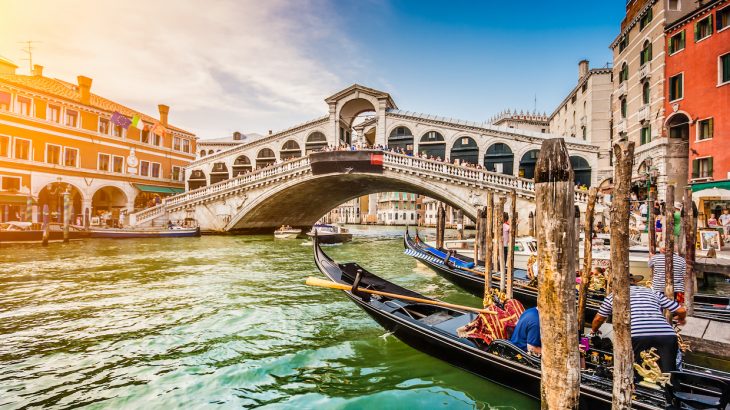 A recent assessment of UNESCO World Heritage sites (WHS) located in coastal areas has identified 49 regions that could be destroyed by sea-level rise. In low-lying coastal areas of the Mediterranean, 42 sites are currently threatened by coastal erosion, while 37 sites are at risk of a catastrophic 100-year flood.

“As the risk of coastal hazards such as flooding and erosion increases with sea-level rise, a considerable number of coastal World Heritage Sites will gradually be exposed to these hazards in the future,” wrote the researchers. “This threatens the Outstanding Universal Value of affected sites and potentially leading to losses in economic revenue.”

Using mathematical models to predict the impacts at individual sites, the researchers examined the risk of flooding and erosion under four sea-level rise scenarios through 2100. The team, led by Lena Reimann from the Kiel University, found that the flood risk will  increase by 50 percent and erosion risk will rise by 13 percent across the Mediterranean coast by the end of this century.

The study revealed considerably higher increases at certain sites. Venice, for example, was found to be one of the regions most at risk from both coastal flooding and erosion. Other historic areas at risk include the medieval city of Rhodes, Piazza del Duomo, and the Amalfi coast.

“Our results provide a first-order assessment of where adaptation is most urgently needed and can support policymakers in steering local-scale research to devise suitable adaptation strategies for each World Heritage Site,” wrote the study authors.

“The Mediterranean region has a high concentration, many of which are in coastal locations. Sea-level rise poses a threat to these sites however, information on the risk at a local level is needed for adaptation planning.”

“A combination of awareness-raising strategies and protection measures seem to be the most suitable adaptation strategies, but relocation also needs to be considered, in particular where risk is very high.”