The world’s oldest lake is at risk of losing rare species • Earth.com 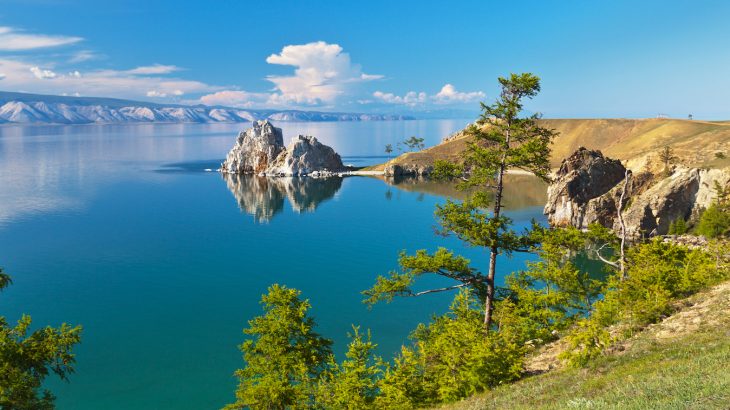 Human activities and climate change are altering the conditions of Lake Baikal, the world’s oldest and deepest lake. Researchers have found that a shift in the composition of the Siberian lake is putting its unique wildlife at risk.

Lake Baikal holds one-fifth of the world’s unfrozen freshwater, and 75 percent of the species found here are not found anywhere else in the world. In 1996, the lake was designated as a World Heritage Site.

The current investigation has revealed that warming waters have led to the rapid decline of important microscopic algae known as diatoms. These algae hold a critical position at the bottom of the food chain, providing essential nutrients to other organisms such as fish and plankton.

The algae are being steadily replaced by diatoms that are usually found in other parts of the world. The new diatoms are lighter and grow faster, which is causing a shift in natural feeding patterns and could affect energy and nutrient cycles as well. These disturbances would have a major impact on the lake’s biodiversity.

“The results from this study reveal how Lake Baikal has responded to human pressures in the 20th and 21st Century,” said Dr Sarah Roberts, a former PhD student at the University of Nottingham.

“By analyzing the diatoms, we have been able to reconstruct how they have changed over the last 40 years. This information can then be used to assess the impact of global climate change and local catchment disturbance on the lake during the 20th and 21st Century.”

Previous studies have shown that human-induced climate change has increased temperatures in Lake Baikal and reduced seasonal ice-cover duration. At the same time, untreated sewage waste has carried overly-enriched nutrients into the water, and thick mats of green filamentous algae have collected near some areas of the shore.

Although the entire lake was affected by a shorter duration of seasonal ice cover, the researchers were surprised to find that diatom responses were restricted to the south basin, with little evidence of change in the north of the lake.

Study co-author Dr. Elena Vologina is an expert from the Institute of Earth’s Crust at the Siberian Branch of the Russian Academy of Sciences.

“Diatoms are exceptional indicators of changing environmental conditions,” said Dr. Vologina. “The conclusions of our paper, obtained from the analyses of sediment archives, are confirmed by sediment trap experiments which reveal that increased water temperatures over the last two decades have caused alterations in the amount and composition of diatoms in Lake Baikal.”