Severe storms cause chaos in the U.S. • Earth.com

Severe storms cause chaos in the U.S.

In Georgia, 18 people were killed by violent, fast-moving severe storms that reportedly spawned tornadoes. The severe weather left a swath of destruction from Georgia to Mississippi. One Georgia mobile home park saw 40 homes leveled by an apparent tornado.

Alabama and Louisiana are also seeing severe storms, with widespread power outages and extensive damage. So are the Carolinas and north Florida.

On the West Coast, two weeks of drenching storms have caused flooding from Washington state to California, with gusty winds knocking down drought-weakened trees.

Meanwhile, New England, New York, and the surrounding regions are bracing for a nor’easter expected to deliver rain and more high winds on Monday. The Midwest has been catching the leftovers of storms from both coasts.

And a brief, unseasonable warm spell due to end in the next few days could turn the normal piles of snow on Montana roofs into heavy, damaging sheets of ice.

Where did all this wild weather come from? Scientists fall into two camps, and those camps each have a possible answer, according to National Oceanic and Atmospheric Administration oceanographer Dr. James Overland.

One group believes recent severe weather in the U.S. is part of a natural cycle. Weather patterns have fluctuated in the past to cause severe storms or mild winters, they point out.

The second camp suspects that climate change plays a role. Last year was the warmest on record globally for the third year in a row. In the U.S. alone, 2016 was the second warmest year ever.

Scientists at NOAA and elsewhere have linked the Earth’s warmer than usual surface temperatures to rapidly disappearing sea ice in the Arctic. And years with low sea ice tend to also have an unstable Polar Vortex, scientists found in a recent study.

When sea ice is very low – as it is this winter – the swirling vortex of frigid air above the North Pole breaks loose and flows down into areas that are supposed to be warmer.

Another issue: when there’s less ice in the Arctic, the ocean surface – which is darker than the blue-white ice – absorbs sunlight and grows warmer. This melts even more of the ice.

A second factor is the jet stream. Scientists from both camps agree that when it becomes wavy, like this year, winter weather is more unpredictable. Warmer temperatures in the Arctic seem to reinforce this wavy pattern, Overland said.

What does that mean for us?

If the first camp is right and the U.S. is simply experiencing normal weather variations, we’ll have to ride it out. At some point, fewer severe storms and more “normal” winter weather patterns will return.

But if severe weather is tied to global warming trends, future winters could continue to be unpredictable and extreme, especially along the East Coast, Overland told private forecasting firm Accuweather.com. Let’s hope for everyone that these severe storms subside soon. 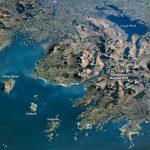 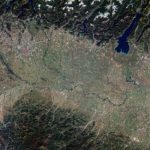 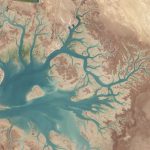 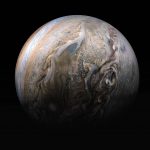