5 Famous Astronomers You've Never Heard Of (But Should Know About) 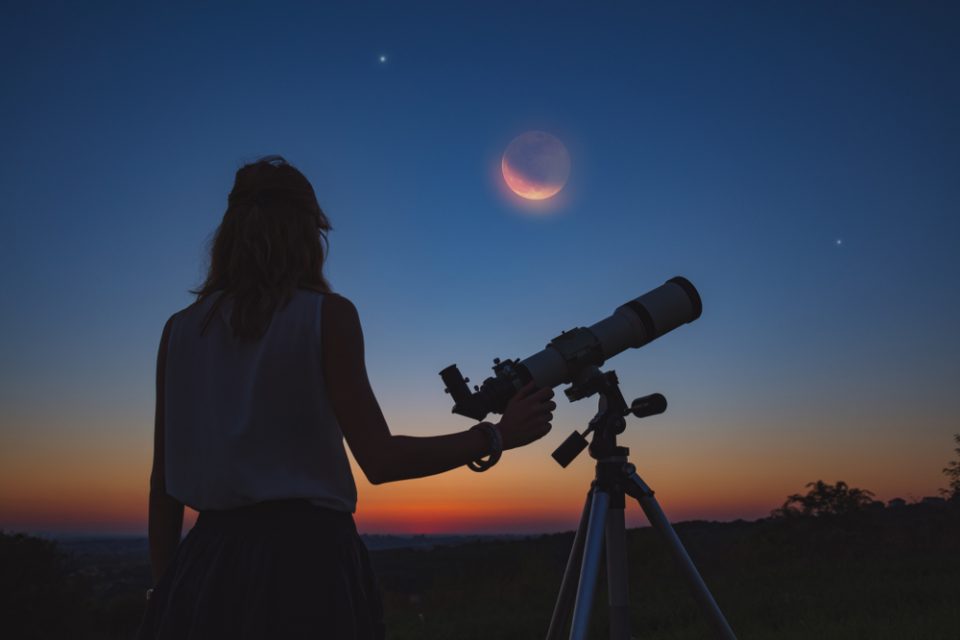 5 Famous Astronomers You've Never Heard Of (But Should Know About)

If you’re interested in famous astronomers, you’ve likely heard of Copernicus, Galileo, Stephen Hawking, Carl Sagan, and Albert Einstein. These men were brilliant and giants in their field. They are, however, all men from Europe or the United States. Throughout history, men and women from around the world have engaged in the study of outer space. We must recognize the foundational work these scientists have contributed to astronomy.

From the Muslim astronomers of over 1,000 years ago to the Nobel Prize-winning women scientists of today, astronomy is a dynamic field. Here are five famous astronomers who deserve more recognition for their game-changing work.

Five Famous Astronomers You Should Know

Listed below are two astronomers from the Islamic Golden Age (8th to 14th centuries) and three modern women astronomers.  While their names may be foreign to you, the concepts they discovered likely aren’t. These five individuals contributed greatly to astronomy, and therefore, space exploration as a whole.

Vera Rubin’s work is essential to all modern astronomy. In fact, her work is so ground-breaking that it may eventually lead to changes in Einstein’s theories of gravity and relativity!  The New York Times wrote, “Her work helped usher in a Copernican-scale change in cosmic consciousness.”

Dr. Rubin discovered dark matter while studying spiral galaxies. In our solar system, pluto orbits around the sun more slowly than Saturn. Saturn orbits more slowly than Mars. Mars slower than Earth, etcetera. As the planets get closer to the Sun, they orbit faster. Johannes Keplers’ third law of planetary motion explains this phenomenon. This difference in speed is due to gravity, where objects closer to the sun experience more gravity than objects further away.

Dr. Rubin found that Kepler’s third law didn’t hold up for spiral galaxies. Stars at the edges of the galaxies moved more quickly than expected. Therefore, gravity wasn’t working like it should’ve been. The only explanation, Vera Rubin decided, was that there was invisible, ‘dark matter’. This dark matter exists within these spiral galaxies and accounts for the deviations from Kepler’s third law.

Don’t you think that discovering something as huge as dark matter should make Dr. Rubin one of the more famous astronomers? Some people argue that Dr. Rubin should have received a Nobel Prize but didn’t because of sexism. There wasn’t much room for women in astronomy when Rubin made her discovery of dark matter in the late 1970s. She died in 2016.

Even without a Nobel Prize, Dr. Rubin inspired a generation of women astronomers who continue to make shattering discoveries in astronomy today.

If her discoveries weren’t impressive enough, Dr. Rubin managed to raise four kids. All of them earned PhDs.

Al-Battani did a whole lot back in the day. He lived in the 9th century and made extraordinarily accurate observations for his time. His most enduring legacy defined the tilt of the Earth at 23.5 degrees. This discovery also helped him define the precession of the equinoxes.

The above findings aided Al-Battani in refining the precise length of the solar year on Earth. He calculated a year lasted 365 days, 5 hours, 46 minutes, and 26 seconds. He was only 2 minutes and 22 seconds off. That’s just 0.0005% quicker than the actual length of a year. Check out that precision! Al-Battani was more accurate than Ptolomy, who predated Al-Battani by about 800 years.

Al-Battani also created trigonometry. While your high-school self may have cursed trigonometry, it allowed huge leaps in science. Al-Battani lived in ancient Mesopotamia (modern-day Turkey). He is considered the most famous Islamic astronomer from the Islamic Golden Age.

Jocelyn Bell Burnell is one of the most famous women astronomers. When she was a mere research student, she discovered the first pulsars. Pulsars are super-dense neutron stars that emit a flickering light, sort of like a lighthouse. As the star spins, it only emits light from the pole.  Each the length of darkness between each ‘pulse’ of light is exactly the same amount of time. This makes pulsars accurate clocks! 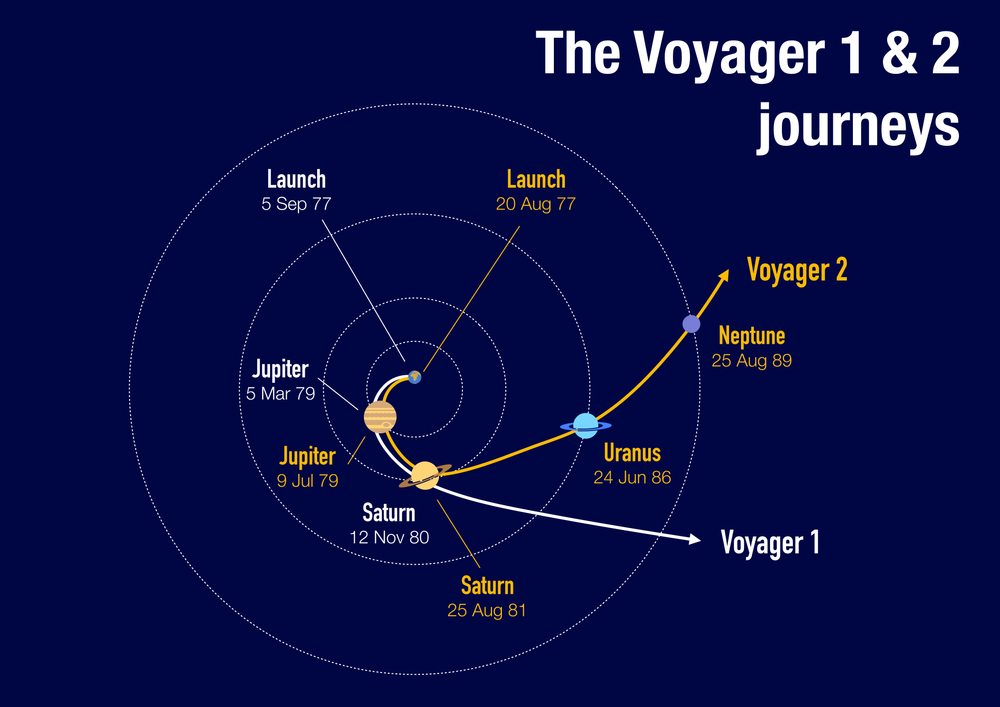 These neutron stars also help astronomers map the universe. The two Voyager spacecraft, which are currently the furthest human-made objects from Earth, used this mapping function of pulsars. A copper and gold vinyl record shows an interstellar map. This map coordinates between pulsars to give aliens a way to find us. Is that spooky or exciting? Will aliens actually be able to read it if they ever find it?

Jocelyn Burnell’s advisors shared the Nobel Prize in physics for Burnell’s discovering of the pulsar. Unsurprisingly, the Nobel committee didn’t mention her name in the prize when, in fact, Burnell was the person to actually discover the concept. Her recent multi-million dollar prizes are proof that she is a famous astronomer in her own right.

Another famous astronomer from the Islamic Golden Age, Abd al-Rahman al-Sufi, innovated how we look at stars. In the western world, he is more commonly called Azophi. Azophi, like Al-Battani, built upon Ptolomy’s work. Al-Sufi’s work more accurately described the brightness of individual stars. In addition, he discovered over 1oo new stars and was the first astronomer to describe the Andromeda galaxy.

Azophi was also a major force in translating Greek astronomy into Arabic. This translation provided the Islamic world with valuable astronomical concepts to build upon. Azophi equated the Greek names with the Arabic names for individual stars.

Al-Sufi’s big book is called the Book of the Constellations of the Fixed Stars. It was one of the most important texts for Arab astronomers for centuries. Original copies of the book still exist today!

“It is because of Nancy Grace Roman’s leadership and vision that NASA became a pioneer in astrophysics,” said NASA Administrator Jim Bridenstine. Roman was the first chief astronomer for NASA. She inspired NASA to explore the concept of sending telescopes to space. Space telescopes have many advantages over telescopes on Earth. Most importantly, they are above the blurring and distorting effect of Earth’s atmosphere. Clouds, rain, and light pollution don’t get in the way up in space, either.

Nancy Grace Roman did eventually lead NASA towards launching a space telescope. You’ve likely heard of it. Named for one of the most famous American astronomers, Edwin Hubble, the Hubble telescope launched in 1990. Roman’s effort towards the Hubble earned the nickname ‘The Mother of Hubble’.

Over 18,000 scientific papers include findings from the Hubble Space telescope’s last 30 years of images. Hubble has made nearly one and a half million observations. Most importantly, it is one of the main sources for those really cool space images.

As a tribute to her pioneering mind, NASA will launch the Nancy Grace Roman Space Telescope sometime in this decade.

There are Many More Famous Astronomers That Deserve Recognition

In addition to the five famous astronomers above, countless men and women from across the globe have advanced the science of astronomy. However, even today only 20% of physics doctorates and 40% of astronomy doctorates are women. We can thank Jocelyn Burnell for trying to change this! She created a multi-million dollar fund to help underrepresented groups pursue physics.

If you want to come back down to Earth after this article, check out these famous botanists!