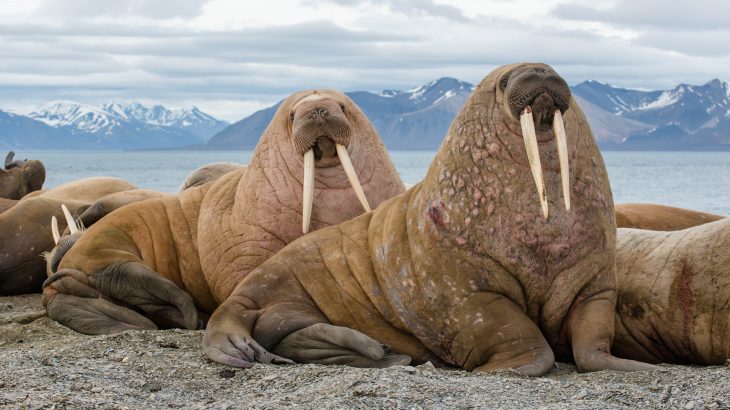 Is A Walrus A Mammal?

Let’s cut it the chase: yes, a walrus is a mammal.

For those of us without biology degrees or much experience near arctic oceanic ecozones, it can be tricky to distinguish the differences between groups of animals.

In addition to being mammals, these are massively cool creatures on planet earth. Let’s swim a little deeper into the details of their life cycle, habitat, and other facts. 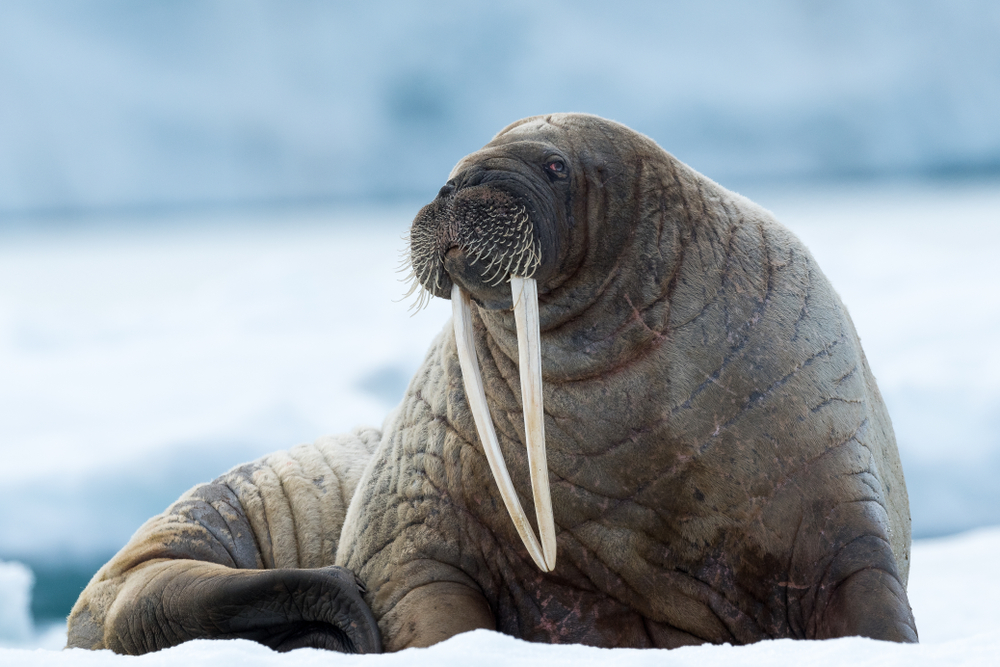 There are two subspecies of walrus: the Atlantic walrus and the Pacific walrus, their names in reference to where they are endemic. The male Pacific walrus is the biggest of the species weighing up to 3,700 pounds and stretching 12 feet long.

Walruses have grey skin that is 1-2 inches thick. They are covered in reddish hairs, making them look cinnamon-colored from far away. Both sexes have tusks and whiskers but there is some sexual dimorphism and the males are generally about a third bigger than the females.

For food, walrus mostly consume clams and mussels but will also indulge in fish and occasionally seals. They use their whiskers to identify prey along the seafloor.

Walrus are really social animals – sometimes living in communities of 100 or more individuals. 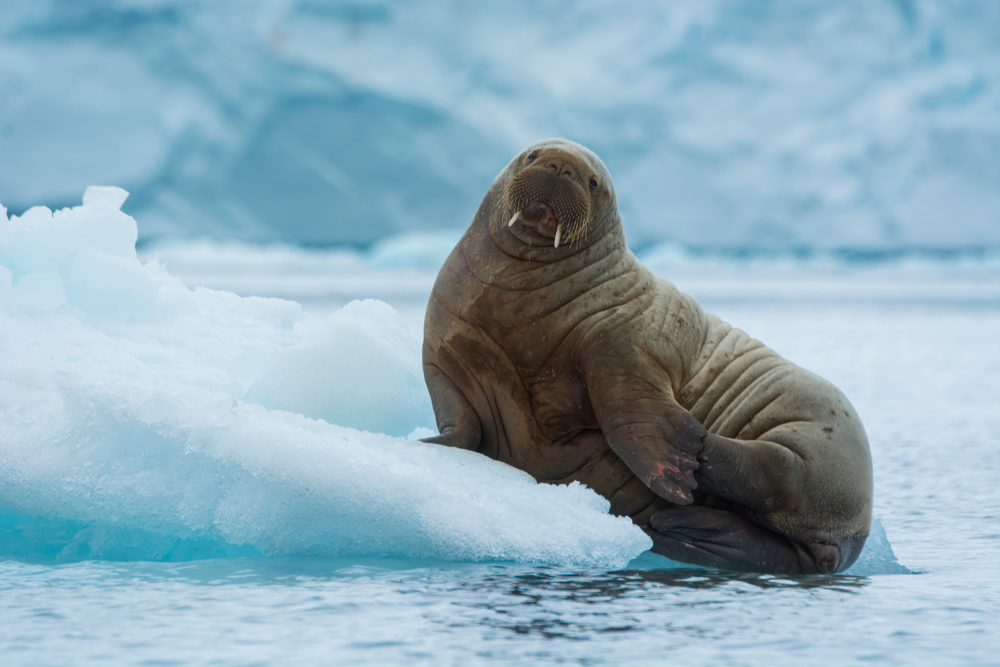 Where To See A Walrus

Walruses aren’t deep water creatures, and they can be found on coastal regions and inhabiting margins of ice shelves. These mammals will haul themselves out of the water to rest on land and bask in the sun. They will use their flippers to crawl around as necessary.

Some places known for their walrus populations are Svalbard, Norway, Alaska, parts of Russia and Canada. And while international travel is off the table during a global pandemic, the internet is a great option for watching footage of these giant blubbery animals as they “haul out” and for getting a sense of just how dense these communities can be. 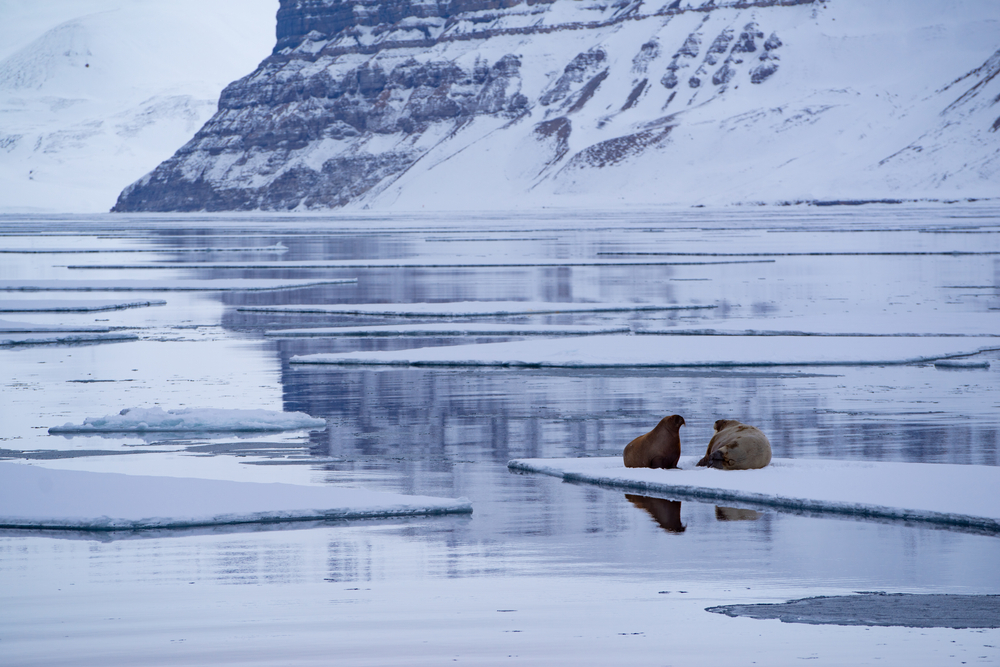 Symbolism and Significance To Their Human Neighbors

Walruses have contributed significantly to the socio-economic conditions of humans. As a source of food and ritual importance, walruses have driven hunting practices and trading exchanges, particularly in regard to the blubber of the animal’s bodies and the ivory of their tusks.

With this significance comes conflict. Some hunters insist on the unlimited rights of traditional hunting practices, but this is in contrast to some marine biologists and conservationists who seek protection for the walruses in order to ensure the long-term viability of the species. 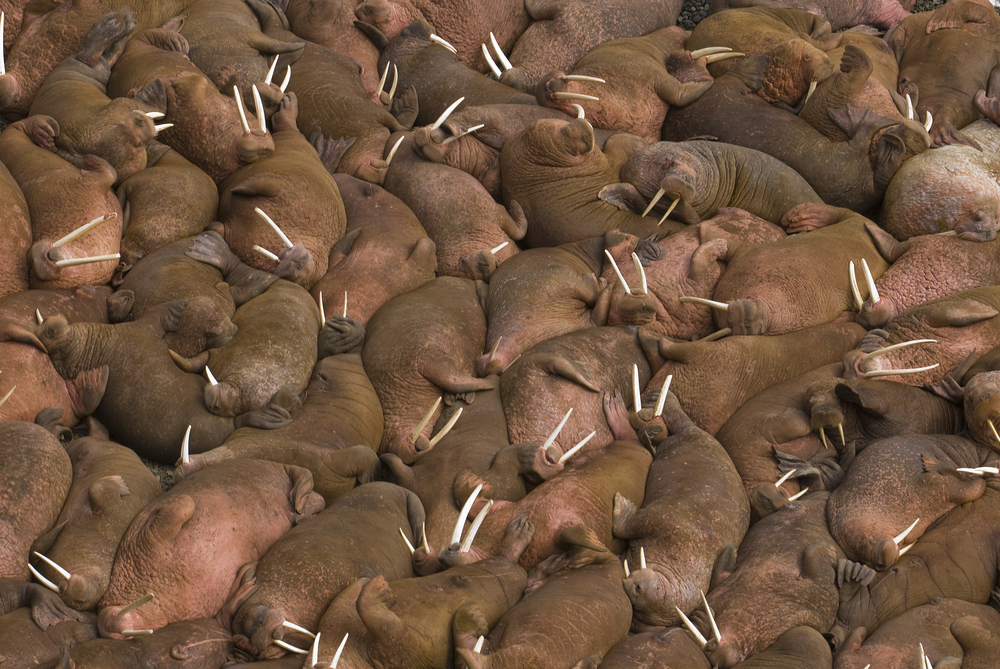 The conflict between indigenous hunters and conservationist is not unique: like many other species on planet earth, walruses habitats and viability is deeply affected by climate change. Many populations of walruses have had to seek out new, southern coastlines as ice shelves melt.

As the environment of the arctic changes rapidly, it puts pressure on the creatures who live in those areas. Scientists have declared that we are living through the 6th great extinction in the history of Earth. “Haul outs” are a new phenomenon – walruses are collecting in mass on land when they used to do so on the ice. This is dangerous for the walruses as the animals are easily spooked. Tourist helicopters disturb them and cause stampedes – killing otherwise healthy individuals.

Plus, when walruses spend their time on land instead of ice, their access to prey decreases to alarming levels. Many will starve to death as a result. 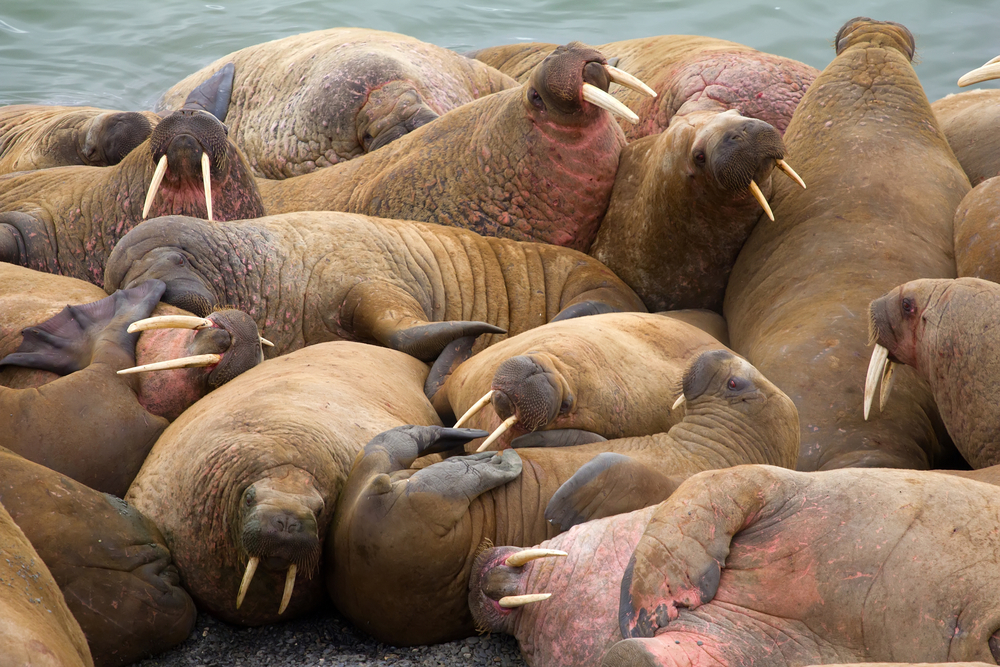 Activism In The Face Of Crisis

For walruses, and for all of us, the climate crisis is a horrifying reality that grows in urgency with each passing day. We must advocate for our planet and hold governments and corporations responsible for the damage that has already been caused while simultaneously reimagining our cityscapes and personal habits to become sustainable.