Ouch! What Is a Chigger and Where Do They Live? • Earth.com 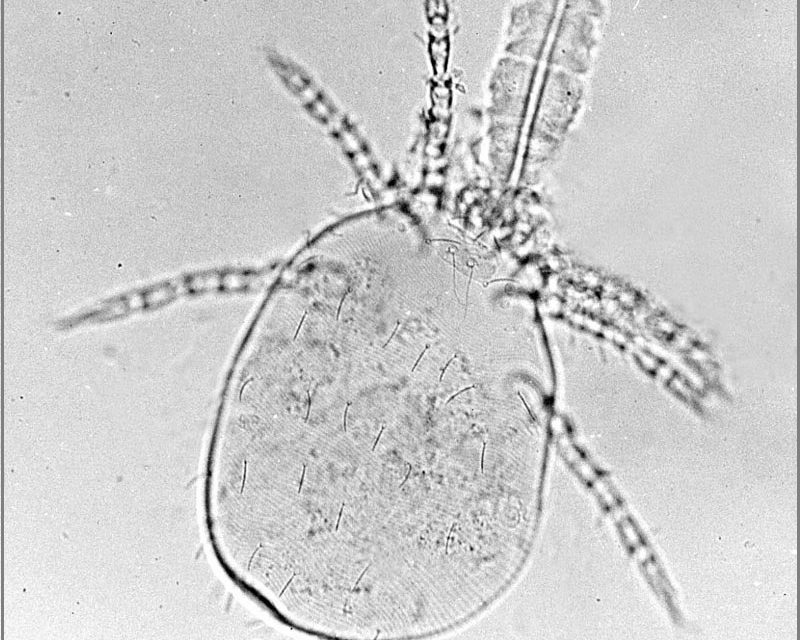 Ouch! What Is a Chigger and Where Do They Live?

Imagine this: it’s a Saturday afternoon, and you’re enjoying yourself in the park. You decide to have a seat in the grass under a tree. The sun is shining, there’s a nice breeze, and everything is perfect. The next day, you have a slight itch around your ankles. Then you notice it around your waistband. Suddenly, you’re digging your fingernails into your skin like there’s no tomorrow. Oh no, you have chiggers! If you’ve ever been unfortunate enough to experience these buggers, you’re already familiar with the horribly itchy bites they deliver.

But what even is a chigger and where do they live? Why was I chosen as their target? Am I going to experience this misery for the rest of my life? These are some questions you may ask yourself during a post-exposure scratching session. To help answer these questions, and to put a face to the name ‘chiggers,’ we’ve written a quick biography about the animal itself. We’ll also discuss where they live so you can try your best to avoid them in the future!

What Is a Chigger?

We’ll mention a few taxonomic ranks in this description of chiggers, so if you want a quick taxonomy lesson before we continue, click here. Biologically speaking, they are a type of arthropod in the phylum Arthropoda. Other arthropods include crabs, millipedes, beetles, and many other critters with a hard outer shell. Within the group of Arthropoda, chiggers fall into the class Arachnida, also known as the arachnids. Arachnids have 8 legs and include spiders, ticks, mites, and other creepy-crawlies that are the subject of many phobias. Chiggers are, in fact, a type of mite (they’re sometimes called harvest mites). They reside in the family Trombiculidae, but since that name is rather hard to remember, we’ll stick with their common name for the rest of the article.

So, to review: chiggers are a type of mite and are closely related to spiders and ticks. There are many species of mite that we call chiggers – over 3,000 species! Although, only about 15 of these red bugs cause horrible itching in humans.

Perhaps the worst thing about chiggers is that they are nearly microscopic. Even at their largest, it’s incredibly hard to see them with the naked eye. Usually, they will just look like a tiny red dot moving about on a surface. This makes spotting them almost impossible, so it’s best to just understand what type of habitat they like to live in to avoid contact altogether.

Where Does a Chigger Live?

To have any chance of avoiding chigger bites, you need to know where they live. If you were hoping you reside in a place without chiggers, tough luck. They live all over the world. They can be found on 6 continents in nearly every biome. Luckily for many of you, they are most prevalent in tropical regions and warmer parts of temperate regions. Cold temperate and arctic regions are still home to some species of chiggers, but their bites are quite uncommon.

Although their distribution is incredibly wide (including most of North America), chiggers won’t live in every type of habitat. They mostly like to reside in wet, overgrown areas like pastures and grasslands, and among the leaf litter on the forest floor. But they can still be found in more manicured grassy areas like lawns and in parks. Throughout their entire life cycle – at least when they are not biting humans – they rarely venture more than a foot off the ground. You won’t ever find them in the vegetation of shrubs or trees. Still, that leaves a lot of room for chiggers to roam.

In temperate regions, chiggers are most abundant in the early summer after temperatures start to rise. Of course, your exposure is also influenced by chance. You may be lucky enough to lay down in wet grass and find no chiggers, or unlucky enough to get them while walking across a dry lawn in late summer.

What Makes a Chigger Bite?

Now let’s talk about why they bite. Like many other arthropods, chiggers have four distinct phases in life: egg, larva, nymph, and adult. Only the larval form of chiggers bite. This means that the egg, nymph, and adult form are completely harmless to humans! But let’s not cut them too much slack yet, we still have to discuss why, and how they bite.

After a larva hatches from an egg, it waits. When a prospective host (human, deer, dog, etc.) brushes by the chigger, the larva latches on and begins to find some skin to feed on. For some reason, they seem to prefer spots on the body that are close to clothing, like the waistband or socks. Here’s where the graphic stuff comes in – reader beware!

The larva then pierces the surface of the skin and deposits digestive enzymes. The digested soup of skin cells is then slurped up by the larva, and this can go on for two or three whole days. Once the larva has its fill, it detaches from the body and falls back down to the ground, where it continues its life cycle. After detachment, the skin becomes red and itchy.

How Can I Avoid Chiggers?

If that last paragraph made you squirm, you may be wondering how best to avoid the horror of chigger bites. If it didn’t, you may still want to follow this advice to save yourself from days of itchiness.

The best thing to do is to avoid exposure altogether. Now that we know chiggers like to live in moist grassy areas, you may want to think twice before taking a nap directly on the grass after a warm summer rain. Instead, bring a blanket. Long pants and a long-sleeved shirt can help to keep the intense itching at bay.

Insect repellant (especially those with DEET) is also a tried and true method to avoid chiggers. Before you walk through some tall grass or hike through the forest, spray some bug repellent just around your ankles and on your shoes. This will prevent them from latching onto your feet and crawling up your legs to find a suitable biting spot.

Antihistamines are a great tool if you find yourself already bit. Other over-the-counter remedies like calamine lotion or hydrocortisone, permethrin, or benadryl can also help to soothe the welts and blisters that can form.

Hopefully, this article didn’t discourage you from enjoying the park on a beautiful late summer day. Enjoy your outdoor adventures, but do watch out for the chiggers!