What Are Betta Fish? • Earthpedia • Earth.com 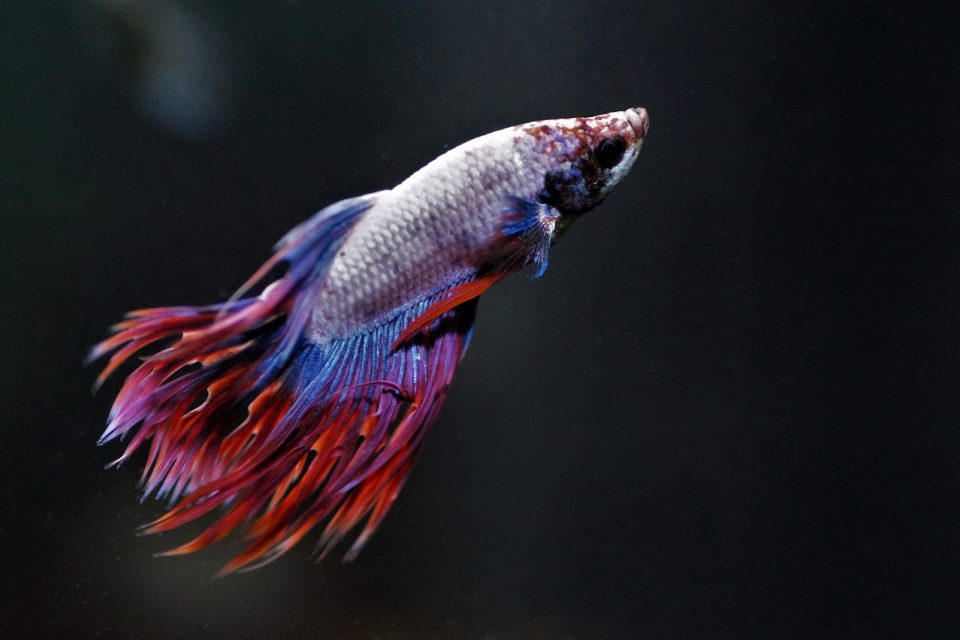 What Are Betta Fish?

Betta fish are something of an aquarium superstar. Their unique colors and behavior even gave them a supporting role in a James Bond film. In North America, betta fish refer to the Siamese fighting fish, or Betta splendens.

The name betta fish is something of a misnomer since the genus Betta includes over 70 different species. Most of these species are not called betta fish and are far less common in aquariums. The broad category or “genus” is generally capitalized and italicized as in “Betta.” When referring to the Siamese fighting fish, it is written without capitals or italics as “betta fish.” 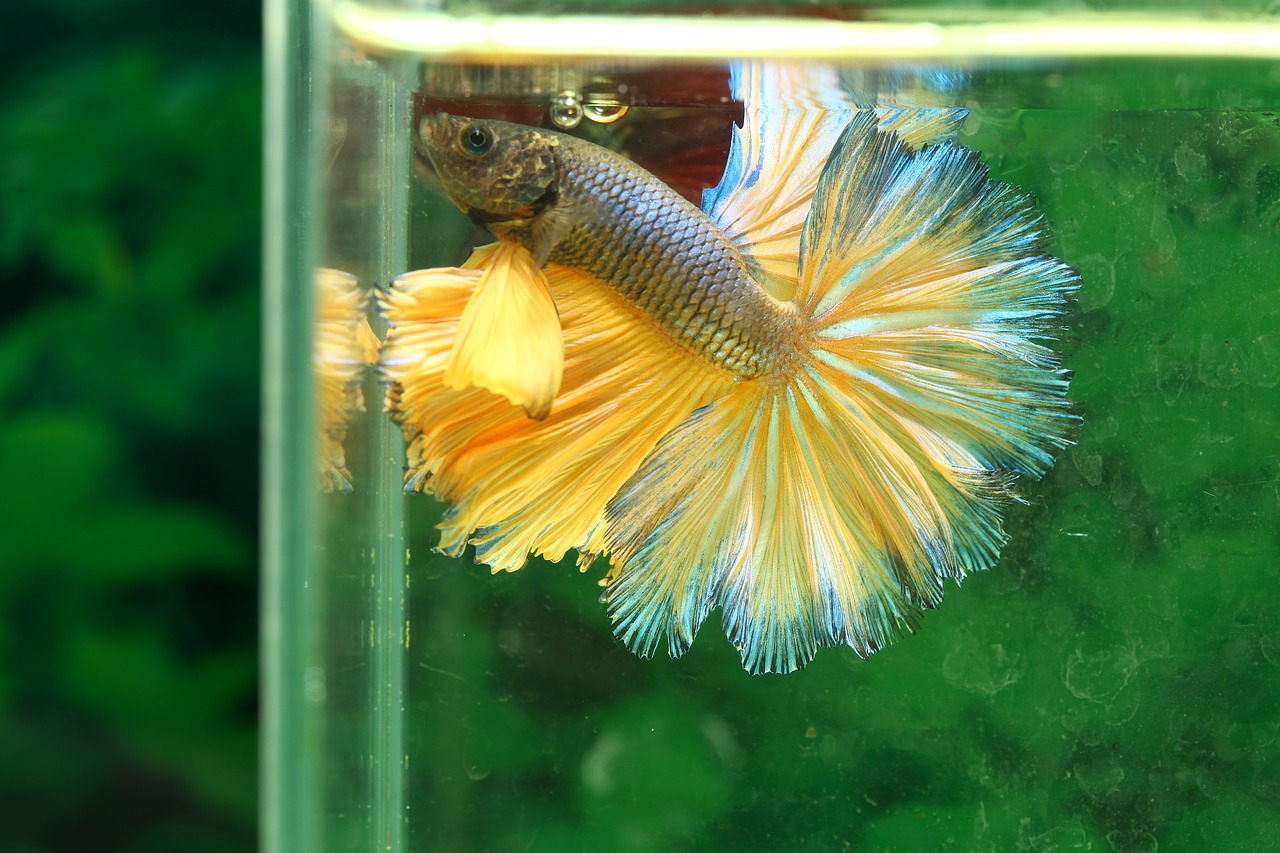 A yellow and blue betta fish with large flowing fins.

The Siamese fighting fish is an extremely popular species in the aquarium trade. These fish come in a wide array of bright and colorful patterns. People have bred them for many centuries, and there are many different varieties with unique appearances and behaviors.

Siamese fighting fish are relatively easy to care for. Unlike most fish, they can breathe oxygen from the air, not just the water. This makes it possible (though not recommended) for them to live in small tanks without moving water. Therefore they are often kept in ornamental vases, too small for movement. Some people mistakenly believe they can feed on the roots of plants, and therefore neglect to feed them.

As their name suggests, Siamese fighting fish are also unusually aggressive. These fights are often organized as a spectator sport with betting. Therefore, people bred them to fight for long periods. In contrast, the fish only fight for a few minutes in the wild. However, over the centuries breeders have selected more aggressive fish, leading to fights that last for hours!

The practices of keeping these fish in unusually small containers and forcing them to fight are not humane. Additionally, they are threatened in the wild, though this is primarily due to loss of habitat. Nearly all betta are bred in captivity, not threatening wild populations. Additionally, wild specimens do not have the desirable traits of bred varieties. Therefore, they make great pets when purchased ethically and cared for humanely. Check with your local pet stores about their fish practices before purchasing.

Betta fish are native to Southeast Asia, where they commonly live in rice paddies and drainage ditches. Their habitat in short-lived pools creates the unique characteristics that make them easy pets.

In these pools, betta fish must adapt to flooding and drought. When these pools become stagnant, they don’t get any oxygen from the water. Therefore, the fish must breathe oxygen out of the air to survive. These adaptations make it possible for them to survive in small stagnant bodies of water. However, B. splendens living in stale small vases or tiny bowls are certainly not living their best lives.

Historically, people used betta fish as fighting fish. Even the name “betta” is supposedly a reference to an ancient clan of warriors called the “Bettah.” Though often pronounced like the greek letter β, the correct pronunciation is closer to “bet – tuh.” Their technical name (to avoid confusion with the Betta genus) is “Siamese fighting fish.” In Thailand, they are called “plakat,” which means biting fish.

Siamese fighting fish were traditionally bred for aggression and bravery. This is where they get their true common name, the Siamese fighting fish. These aggressive fish looked very different from the popular varieties that we see today. Their colors were generally far drabber. Their fins were small, and they were usually a green-brown hue. When agitated, they would become far more colorful.

Though it is not clear when people first bred these fish, people were certainly breeding them in Southeast Asia by the early 19th century. Westerners began breeding these fish between 1875-1910.

Today, betta fish are far showier than they were 200 years ago. Today, most breeders use selective breeding to select for showy fins and bright colors. These many varieties are not unique species and can be bred to create new types.

Caring For Your Fish 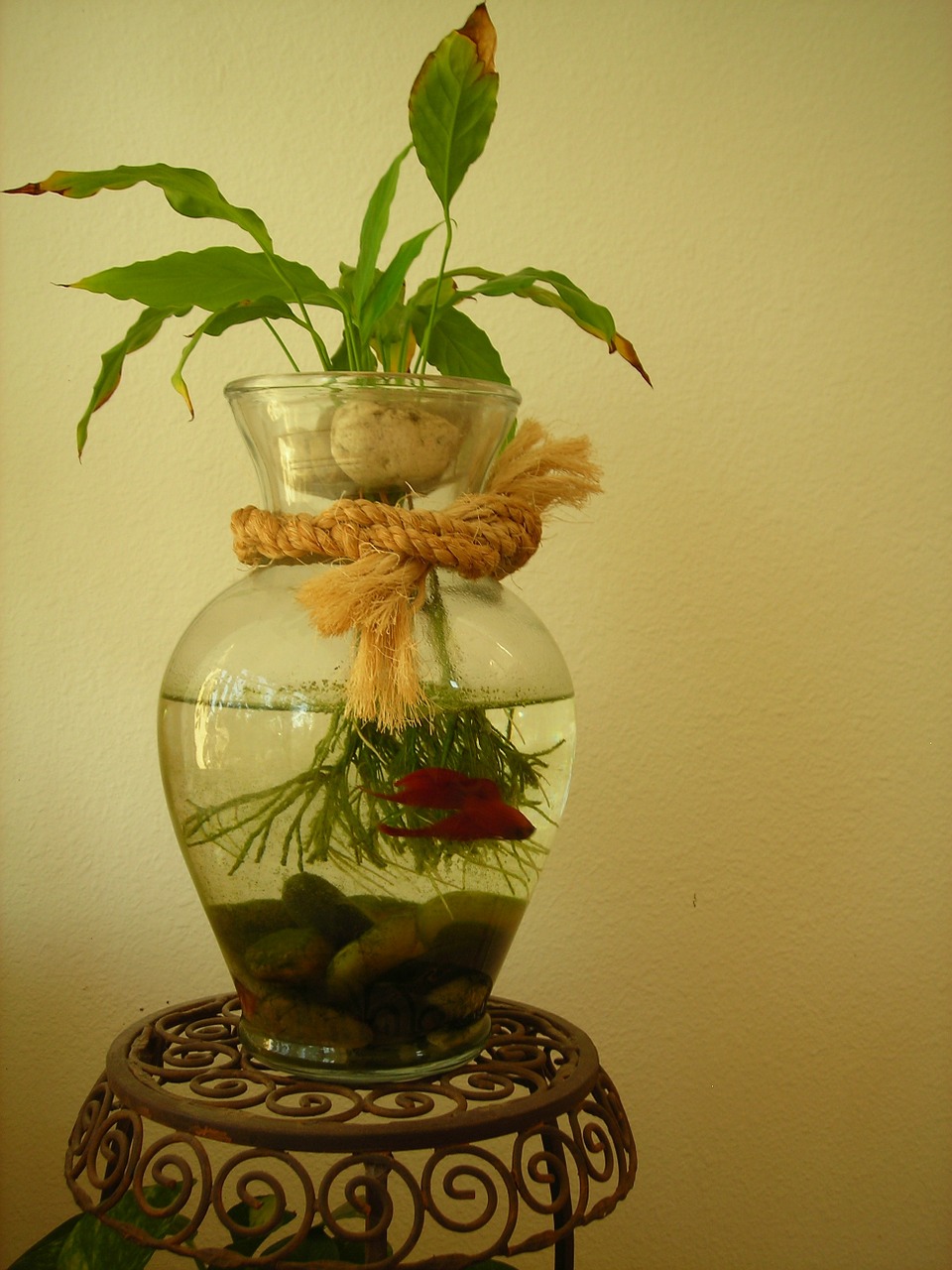 Keeping these fish in small vases with plants is not recommended and may make the fish unhealthy.

Taking care of betta fish is relatively easy. They are adaptable species that will tolerate some less than ideal conditions. However, providing a clean, healthy environment will make your B. splendens healthy and happy. This is not only humane but will extend your pet’s life. Here are some basic tips on caring for betta fish.

Betta fish are able to live in very limited conditions, with little space or oxygen. However, this causes them to be unhealthy. Experts recommend giving betta a larger fish tank, between 2-5 gallons.

B. splendens are solitary and enjoy their privacy. Therefore, it is a good idea to provide them with rocks and plants where they can hide. Aquascaping is a great way to create a healthy, living aquarium that is also attractive.

Though betta fish do not like to be kept with other fish of the same genus, you may keep them in a community. Many common aquarium species can live with bettas without fighting. Additionally, female bettas can generally live together without fighting.

Avoid over-feeding your fish, as this can cause obesity! It also leaves debris in the tank, requiring more cleaning. Your fish should be able to eat all of its food in about 5 minutes. 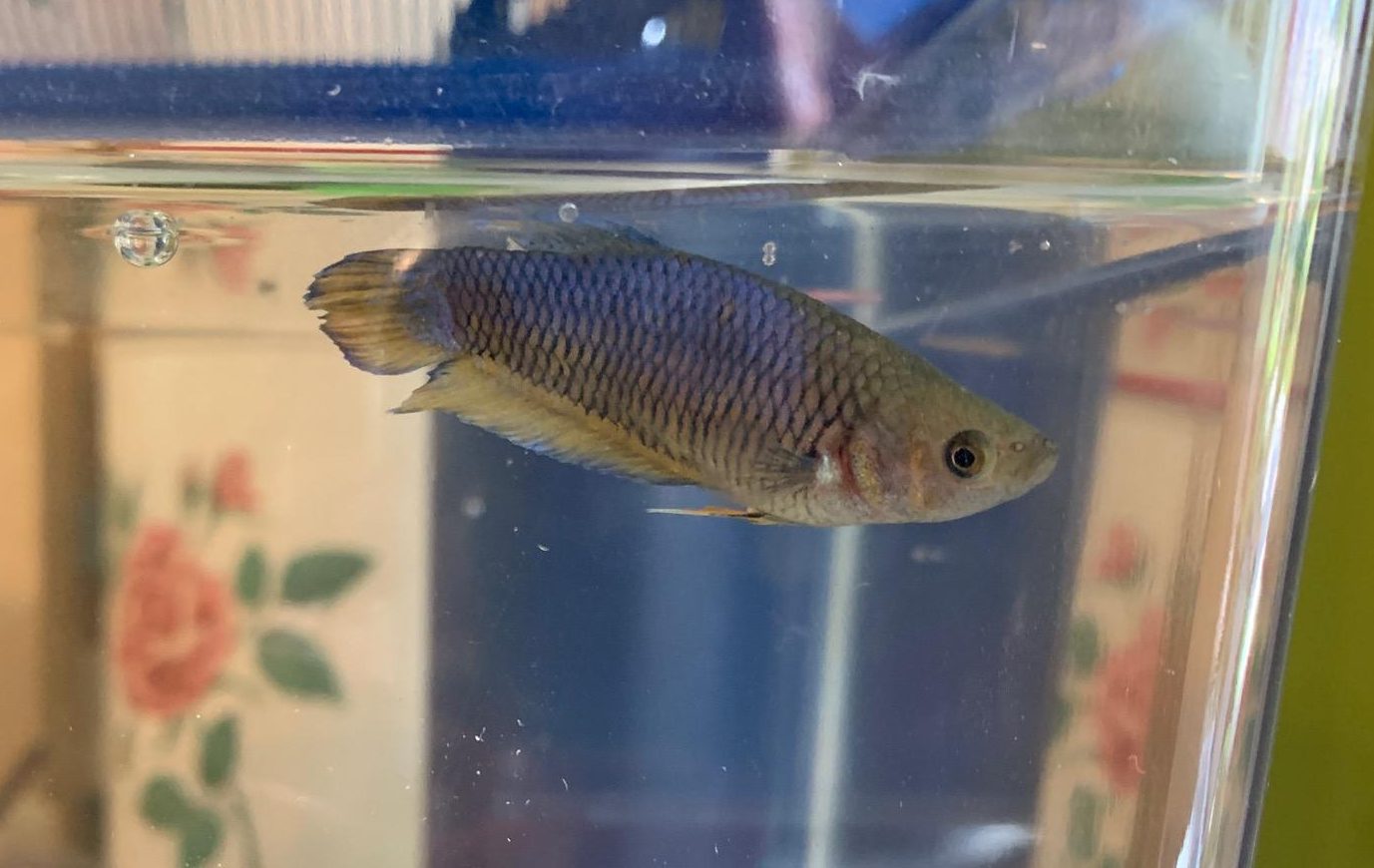 You should change a betta fish’s water regularly, especially in smaller tanks without circulation. This keeps the water clean and ensures the fish has plenty of oxygen.

When adding tap water, be sure to dechlorinate the water. Tap water contains chlorine to keep it drinkable, but this is unhealthy for fish. You may want to only replace about one-third of the tanks water at a time, to make any changes in pH and temperature more gradual.

For more details on caring for your fish, check out Bettafish.org.