Which Are the Animals That Hibernate? • Earth.com 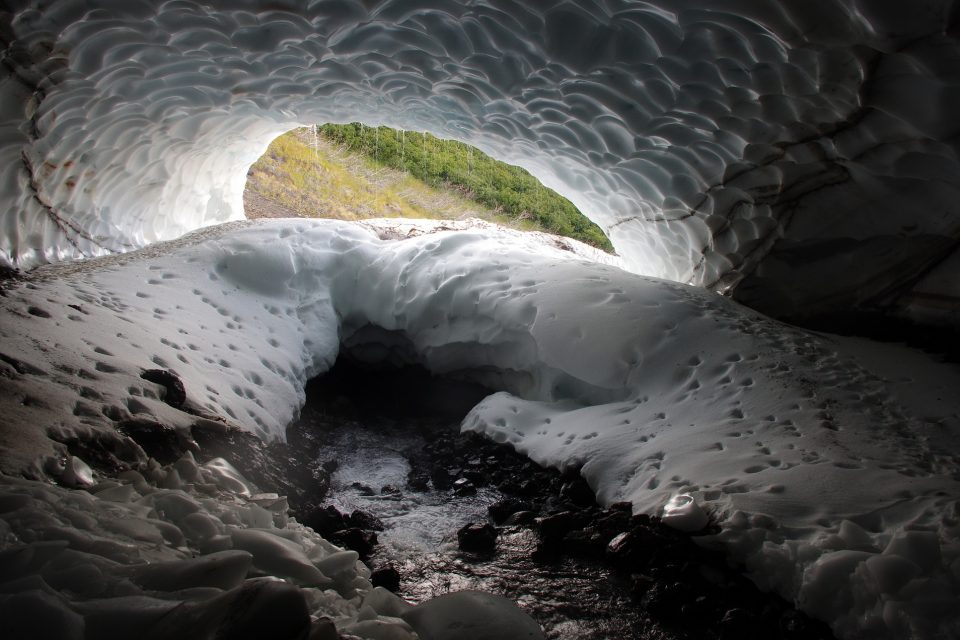 Which Are the Animals That Hibernate?

First of all, what is hibernation?

Some animals give a whole new meaning to “sleeping in.” Hibernation is a behavior in many animals that allows them to enter an extended sleep-like state during the winter.

Though hibernation seems a lot like sleep, it is actually a unique state. During sleep, our bodies still function normally. Our heart rate drops and metabolism slows, these changes are minor.

Hibernation, on the other hand, is when animals enter a state called torpor for an extended period of time. Torpor is far more extreme than sleep. In torpor, metabolism drops below 5% of the normal level. Most physiological functions grind to a halt or slow to a fraction of normal. Heart rates go below 10% of their normal level. Some animals take only one breath a minute. This state is so extreme, they may appear to be dead.

Hibernation occurs during the winter when resources are scarce and conditions extreme. Animals hibernate in order to conserve limited resources. By dropping their metabolism, many animals go for months at a time without needing food. Instead, they rely on the energy stored in their body fat.

This might sound pretty nice. You pack on calories, eating your fill and getting fat in the fall. Then you go to take a long nap through the winter, during which all that fat magically disappears. You wake up to springs flowers, plenty of food, and the prospect of a huge feast when it starts getting cold again.

However, hibernation requires careful preparation. In order to survive for extended periods with no food, animals need to focus on eating in the months before hibernation. It is also essential that they find a safe and warm place to hibernate.

I addition to saving on calories, hibernation can provide protection from predators. Though it might seem odd that sleeping provides protection, it actually makes sense. Hibernating animals are hidden, perfectly still and don’t sweat. Animals are five times less likely to die while hibernating.

There are many different species throughout the animal kingdom that hibernate. Below are some of the most well-known or impressive hibernators. 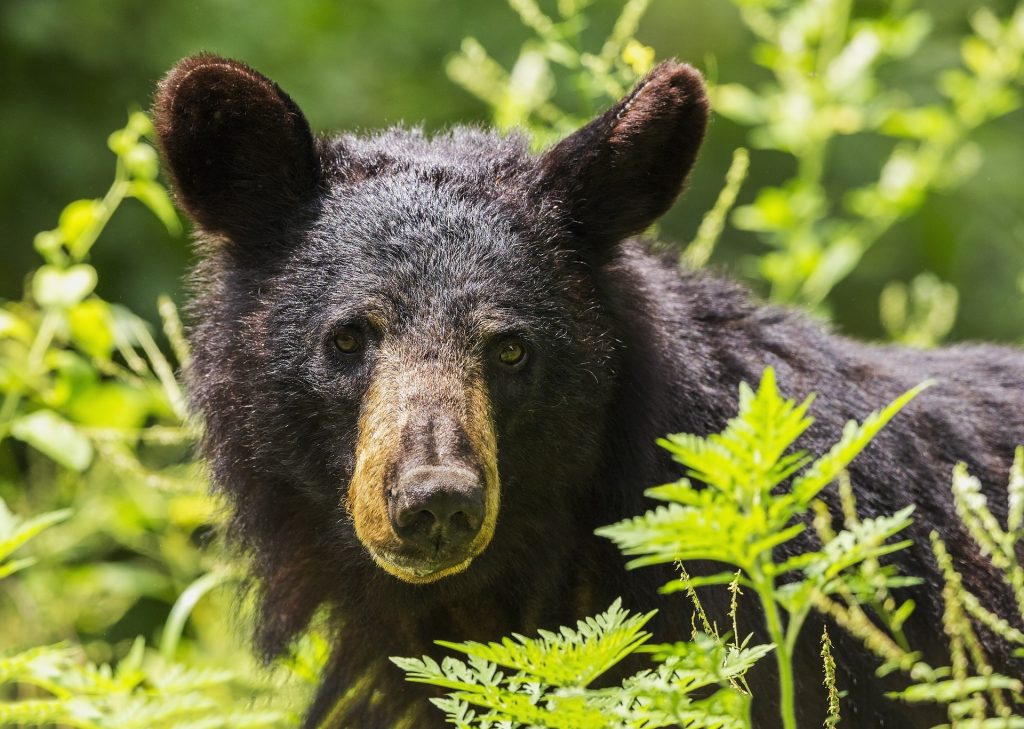 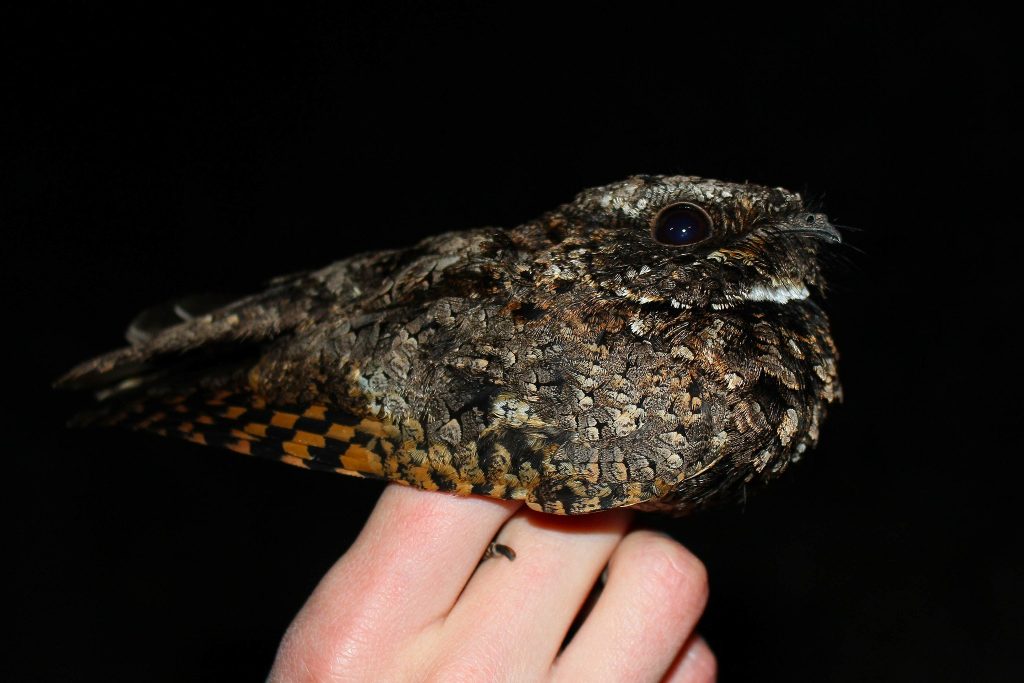 The common poorwill is quite unique. It is the only bird that is known to hibernate! Most birds deal with the extremes of winter by migrating south. The poorwill has evolved hibernation to avoid this arduous journey. The Hopi people have known about the poorwill’s hibernation for a long time, naming it “the sleeping one.” Poorwills generally hibernate from October to March. 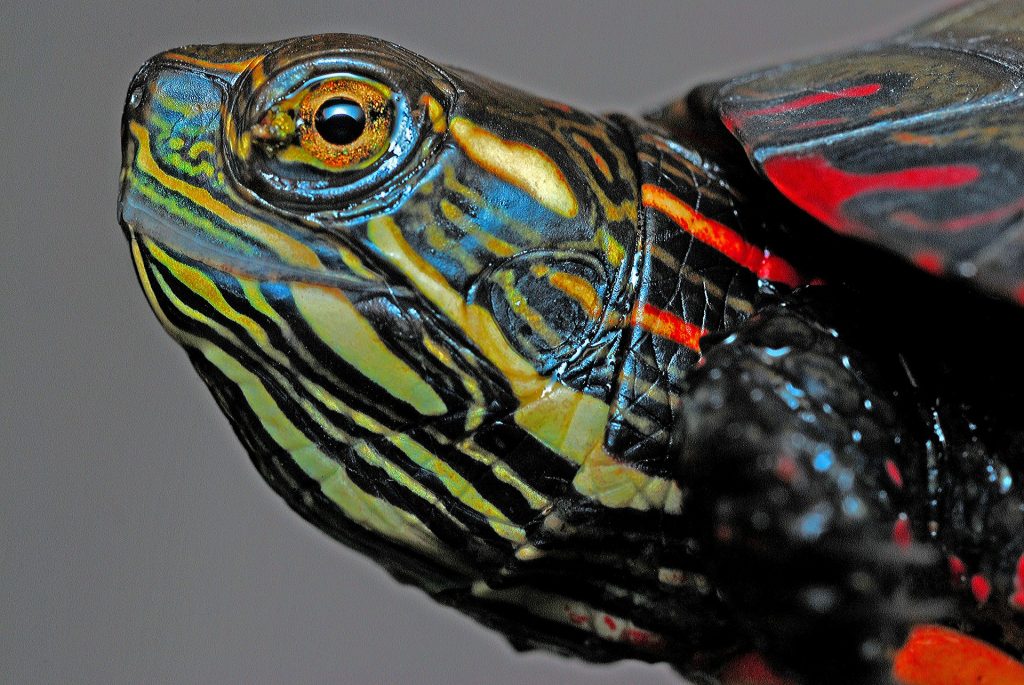 Turtles are reptiles and therefore are cold-blooded. This means they need external sources of heat in order to keep their body temperature and metabolism high enough to move. When temperatures get low, they are no longer able to forage. There are hundreds of species of turtles ranging across most of the earth, both on land and in the water. Each species deals with this problem differently.

The painted turtle survives the winter by hibernating. They remain below the ice of their ponds for months. They will often burrow into the mud at the bottom of lakes, using it to insulate themselves from the cold. Though these turtles need oxygen to survive, they are able to absorb dissolved oxygen through their skin. Even in the absence of oxygen, these turtles can live for over 100 days in water that is only 3°C. They do this by reducing their metabolism by as much as 99%. The cold water makes these feats possible. The low temperatures act like a fridge to slow down damage and growth in this state. 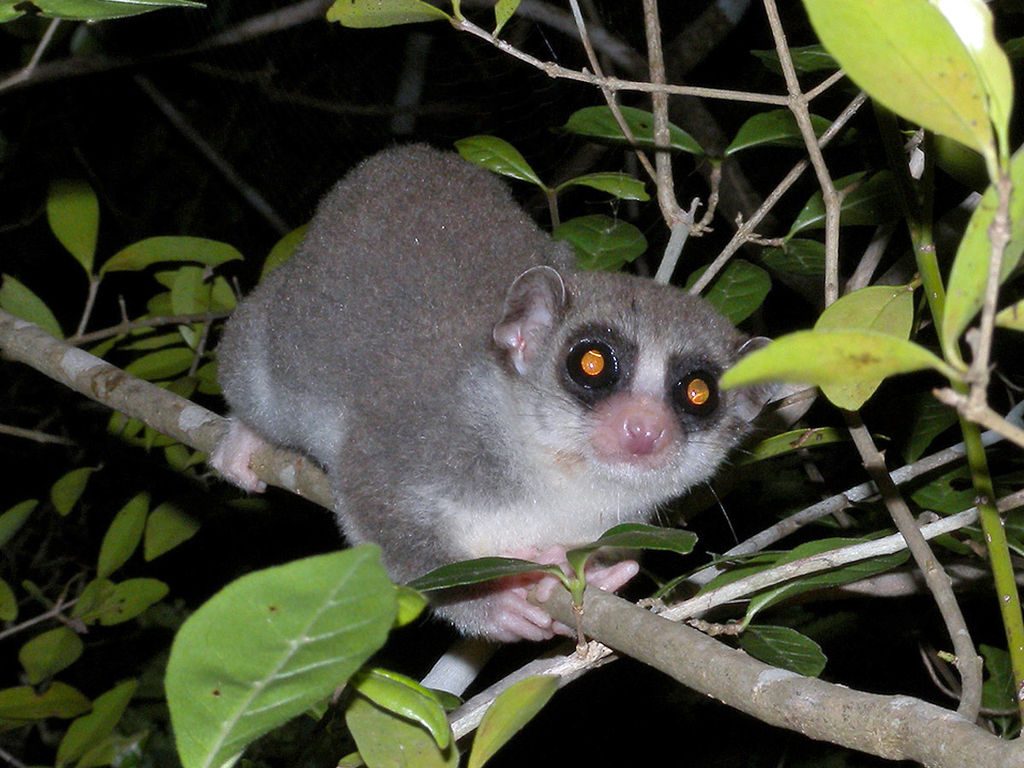 The fat-tailed dwarf lemur is another lonely hibernator. They are one of only three primates that are known to hibernate. All of these species are lemurs, which live only on Madagascar.

The fat-tail lemur is tiny, weighing an average of 160 grams (less than half a pound!) Their fat-tail is more than just cute. It is an essential part of hibernation. They store much of the energy they need for hibernation as fat in their tail! 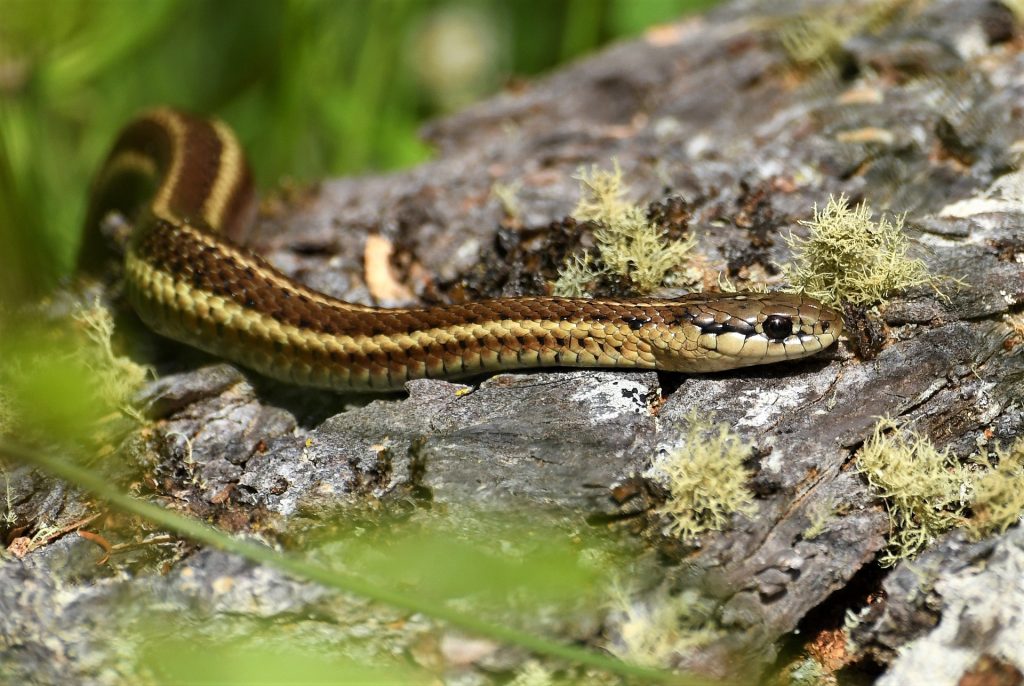 Snakes hibernation is called brumation, or wintering. As cold-blooded animals, they need to find a way to avoid the frost. The garter snake (and other species) form groups that hibernate together to protect each other from the cold. These groups are called “hibernacles” and sometimes have hundreds of snakes twisted together. A mountain of slithering snakes is quite a sight! Stumbling upon a hibernacle could be quite the shock if you aren’t a fan of snakes. 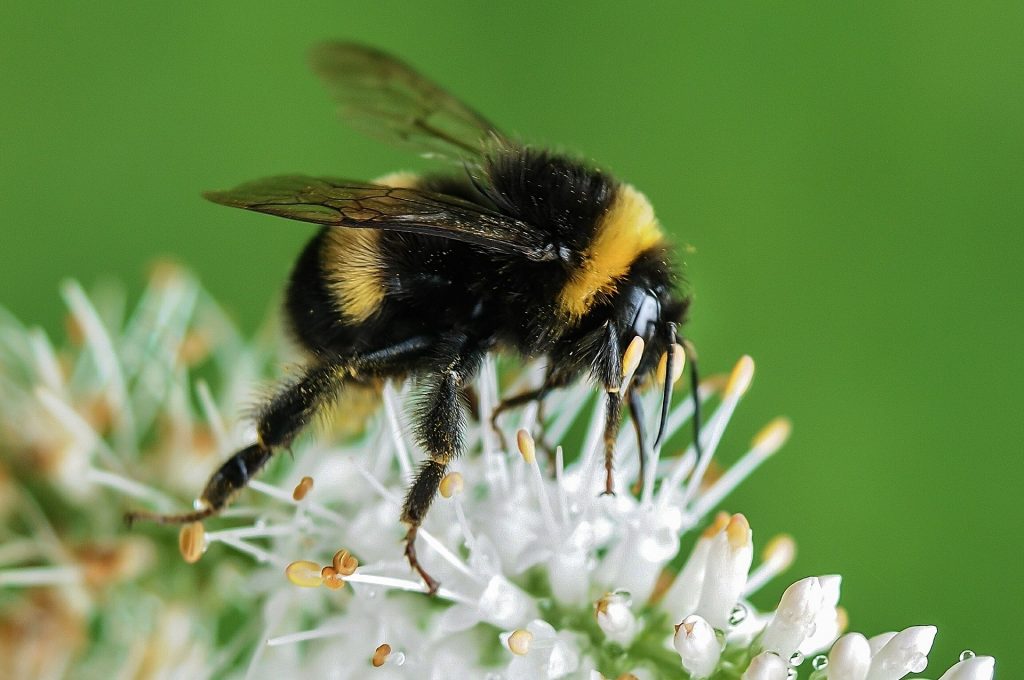 Bumblebees hibernate in a way consistent with their eusocial nature. The majority of the colony dies off in the winter. The queen survives, eating the nectar collected by her workers. When the spring comes, she starts a new colony. 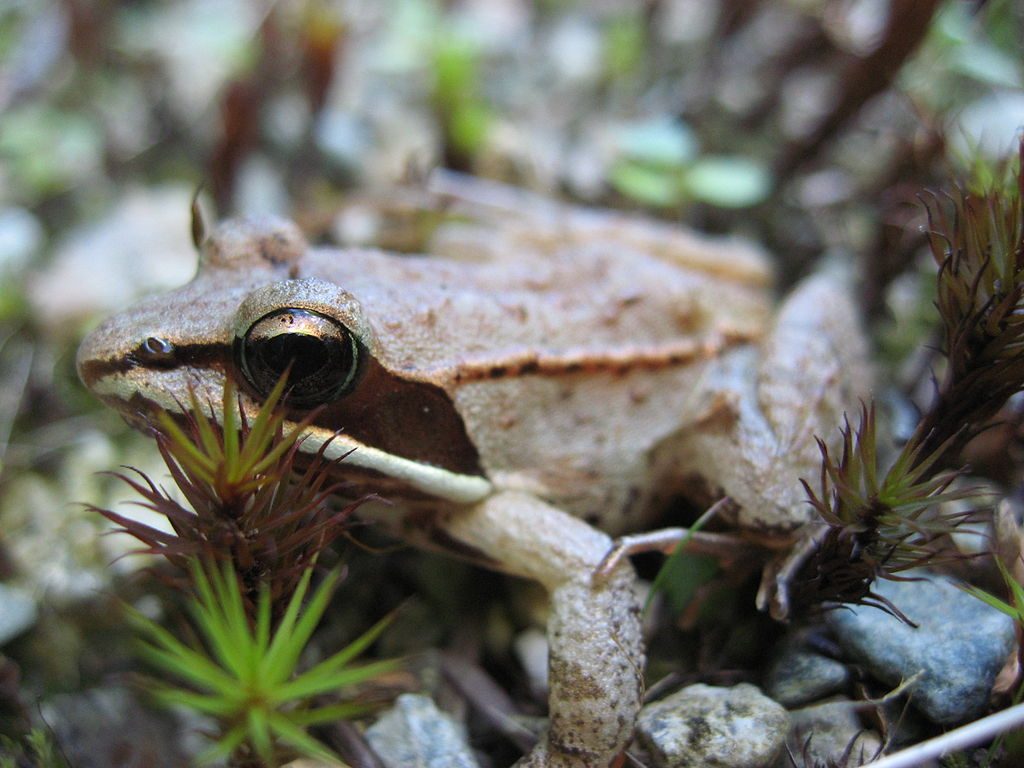 These tiny amphibians give a new meaning to the phrase “chilled to the bone.” They are literally frozen and thawed every winter! Unlike other hibernators, they don’t spend too much time trying to find a warm hole. Instead, they bury themselves in some leaves and let the cold make them into cute little ice cubes. When they thaw out in the spring they happily hop back out of their hiding places, good as new!

Hibernation is a common adaptation to deal with the difficulties of winter. There animals from nearly every part of the animal kingdom that hibernate. It can even be argued that plants hibernate! Hibernation is also a fascinating phenomenon that may help us learn more about human metabolism.