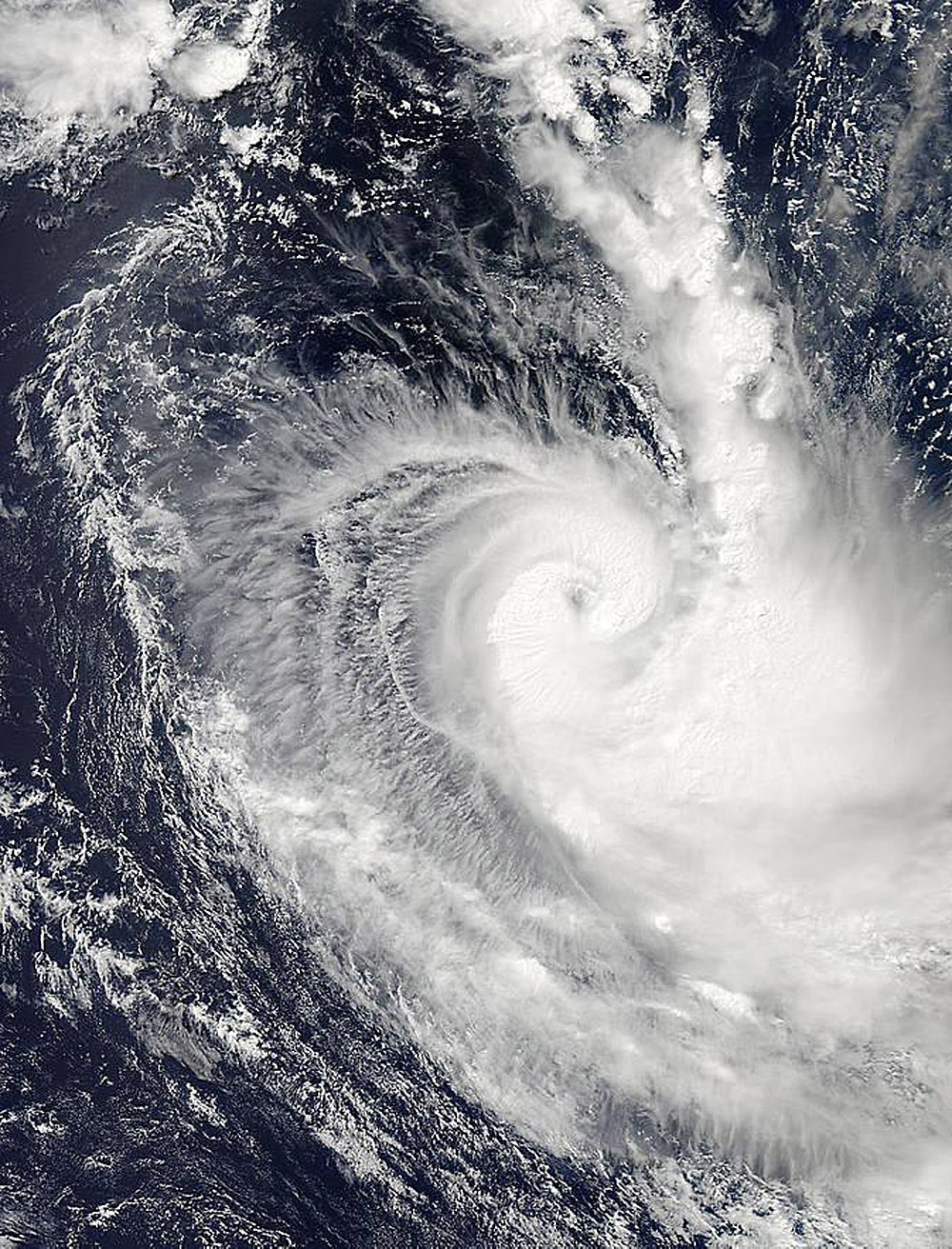 The Moderate Resolution Imaging Spectroradiometer (MODIS) instrument aboard NASA’s Aqua satellite captured a visible image of Tropical Cyclone Ikola on April 6 at 08:05 UTC (4:05 a.m. EDT). The MODIS image clearly showed an eye with thunderstorms wrapping into the center from the eastern and western quadrants. A large, thick band of thunderstorms from the eastern side were spinning around the southern quadrant and into the western side of the low-level center. The image was created by the NASA MODIS Rapid Response Team at NASA’s Goddard Space Flight Center in Greenbelt, Maryland.

The Atmospheric Infrared Sounder or AIRS instrument that also flies aboard Aqua captured infrared data on the storm during the same overpass. Cloud top temperatures circling the eye were colder than -63F/-52C, indicating high, strong thunderstorms with the potential for heavy rainfall.

The Joint Typhoon Warning Center expects Ikola to strengthen to 75 knots (86.3 mph/138.9 kph) and then gradually weaken, where it is forecast to dissipate far west of Perth, Western Australia.