Fires in Mozambique and Zimbabwe 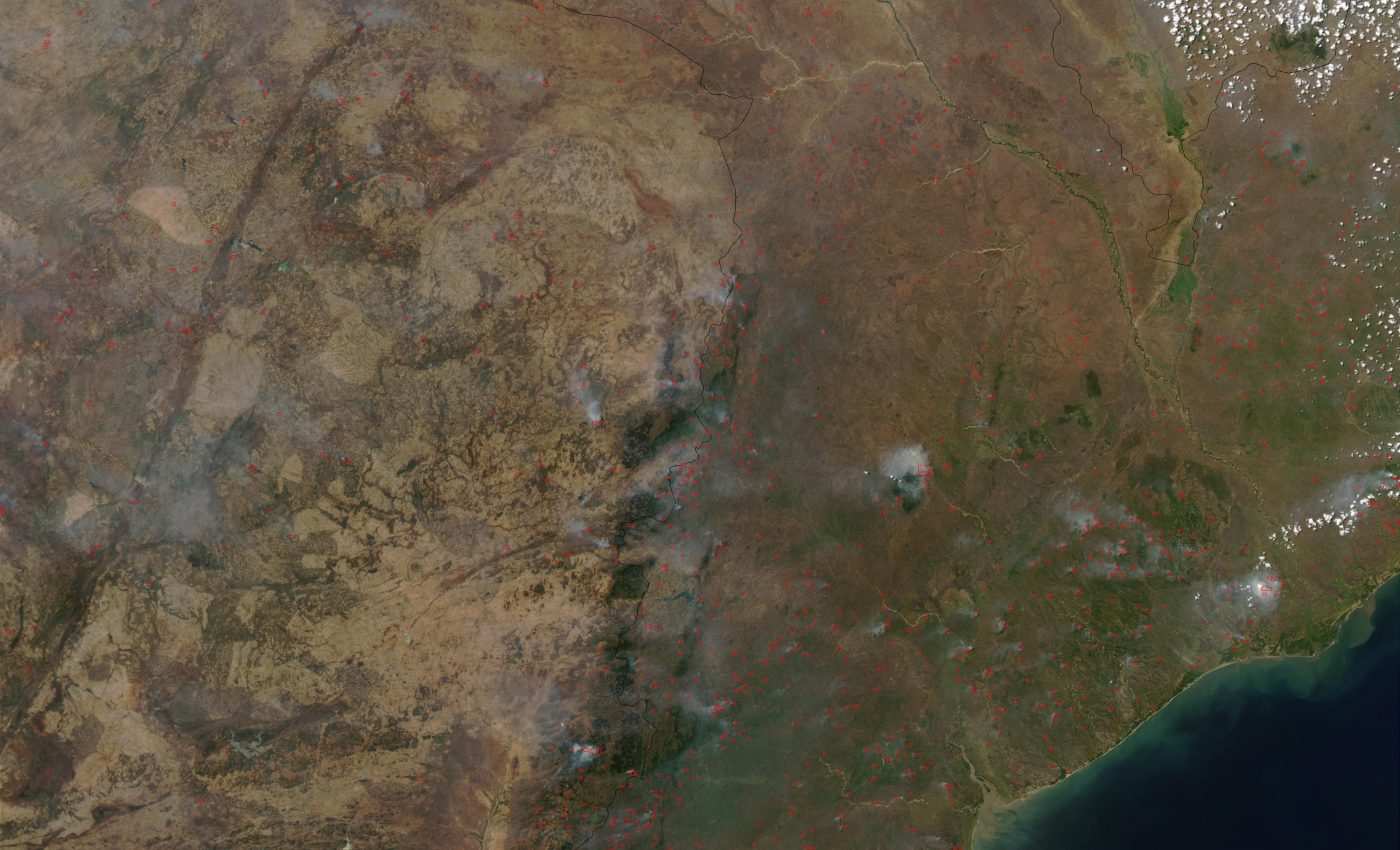 Fires in Mozambique and Zimbabwe. This series of true-color Moderate Resolution Imaging Spectroradiometer (MODIS) images was captured by the Aqua satellite. The images are generally centered on the African country of Mozambique, and highlight the widespread extent of the burning season in the region. (Fires are marked with red dots).

The series begins in early September and runs through late October 2002. In some of the images Fires in Mozambique and Zimbabwe were surrounding countries can be seen. For example, Malawi (in which resides Lake Malawi) often dips into Mozambique from the top of the image. Fires are largely agricultural in nature, although in some cases, planned agricultural burns get out of control and destroy surrounding natural vegetation.

Mozambique officially the Republic of Mozambique. Also is a country located in Southeast Africa bordered by the Indian Ocean to the east. East of Tanzania to the north, Malawi and Zambia to the northwest, Zimbabwe to the west, and Eswatini (Swaziland) and South Africa to the southwest. The sovereign state is separated from the Comoros, Mayotte and Madagascar by the Mozambique Channel to the east. Although the photo shows little red from fire spreading.