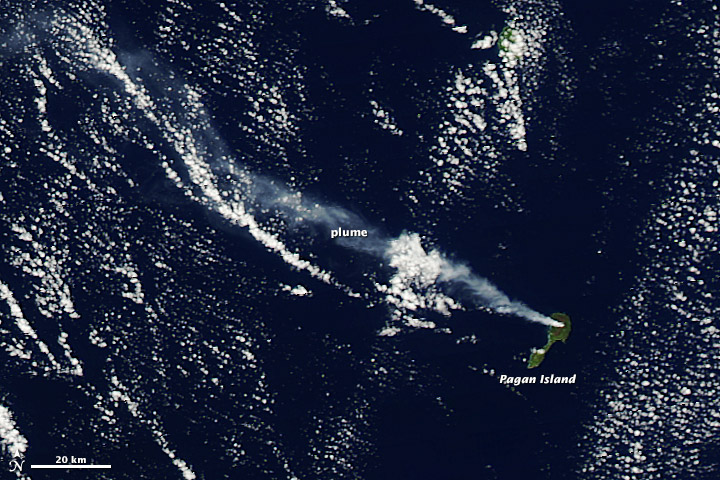 Plume from Mount Pagan the larger of two volcanoes on Pagan Island, has been active for more than three years. On October 16, 2012, a plume of steam and other volcanic gases streamed from the volcano. This natural-color satellite image of the eruption was captured by the Moderate Resolution Imaging Spectroradiometer (MODIS) aboard the Aqua satellite.

Pagan Island is located in the Marianas archipelago, in the western Pacific Ocean. The island’s 53 residents were permanently evacuated following a strong eruption in 1981. Ever since, scientists have monitored the volcano via satellite, through reports from passing ships and aircraft, and infrequent research expeditions. The U.S. Geological Survey provides weekly updates on Pagan’s activity.