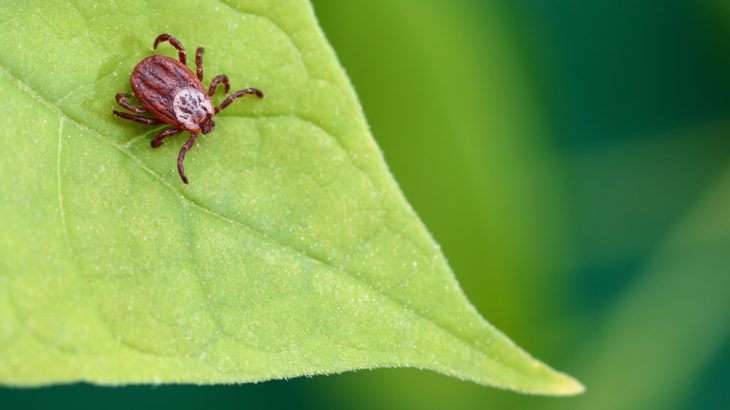 Genetic data shows mites and ticks may be close cousins

Anyone interested in creepy, crawly creatures may have already known that mites and ticks are both arthropods – an incredibly diverse grouping that also includes spiders, scorpions, bees, locusts, crabs, cockroaches and mosquitoes, among others. New genetic data, though, points to a closer relationship.

A genetic study of 10 species of mites and 11 species of ticks found that they’re much more closely related than anyone expected.

Mites and ticks are both, along with spiders and scorpions, members of the group Chelicerata under the larger arthropod umbrella. The new research, however, shows that they are not two separate groups of species, but rather a single evolutionary lineage.

The discovery could change how scientists think of the chelicerates.

“Spiders, with more than 48,000 described species, have long been considered the most biodiverse chelicerate lineage, but 42,000 mite and 12,000 tick species have been described. So, if mites and ticks are a single evolutionary entity rather than two distantly related ones, they are more diverse than the spiders,” co-author Dr. Davide Pisani of the University of Bristol said in a press release.

Arthropods make up about a million of the estimated 9 million animal species on Earth. Not only that, but fossils show that they have been around for about 500 million years. Scientists are still trying to work out how all of the species relate to one another.

“Because of their anatomical similarities it has long been suspected that mites and ticks form a natural evolutionary group, which has been named Acari,” Dr. Greg Edgecombe of the Natural History Museum London said. “However, not all anatomists agreed, and genomic data never found any support for this idea before.”

Because of the roles that many arthropods play in the food chain – from the bees that pollinate crops to the mites that endanger them, from ticks and mosquitoes carrying disease to crabs beloved by foodies – determining how they are all related is a chore. Figuring it out, however, could lead to advances in agriculture or against diseases like malaria and Lyme disease.

The discovery that mites and ticks are close cousins can help researchers piece together other relationships between chelicerates.

“Regardless of the methods we used, our results converge on the same answer – mites and ticks really do form a natural group. Evolutionary trees like the one we’ve reconstructed provide us with the background information we need to interpret processes of genomic change,”  lead author Dr. Jesus Lozano Fernandez of the University of Bristol said. “Our genealogical tree can now be used as the foundation for studies using comparative genomics to address problems of potential biomedical and agricultural relevance, like the identification of the genomic changes that underpinned the evolution of blood-feeding parasitic ticks from ancestors that weren’t blood-feeders.”