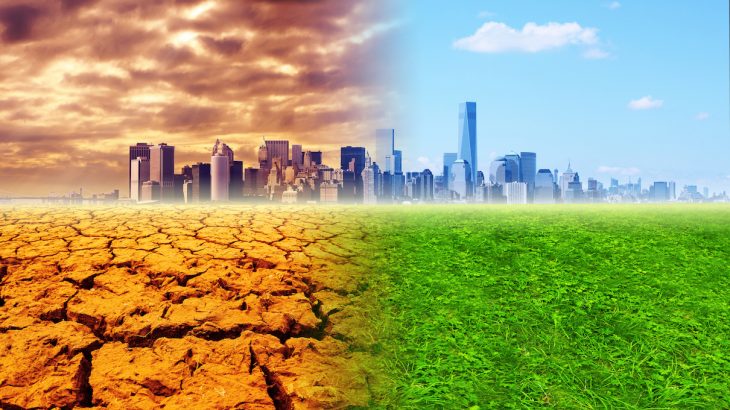 President Donald Trump has consistently denied climate change science and openly rejected the Intergovernmental Panel on Climate Change report, even after his own administration released a report confirming that human activity is driving climate change.

But as the overwhelming science of climate change becomes harder and harder to ignore, some Republicans are shifting their stance.

The climate change debate has also entered a new phase as the proposed Green New Deal continues to make headlines and build a bigger following of supporters, and Republican lawmakers may have to change their strategy.

“There is a growing consensus on our side that man-made emissions are contributing to global warming, that the ‘green deal’ is absurd, and we should be able to find a more appropriate solution to the problem,” South Carolina Senator Lindsey Graham said in an interview.

Other Republicans joining Graham in agreement on climate change include Representative John Shimkus, who once used the Bible to defend his anti-climate change views, and Alaska Republican Senator Lisa Murkowski, who Mother Jones called a climate change double agent for her somewhat evasive stance on whether or not climate change was a human-made problem.

“It doesn’t make sense to argue about how much global warming is caused by man – whether it’s 5% or 50%,” Murkowski once said. “The best approach is to have a no-regrets policy.”

In Alaska, the effects of climate change are becoming increasingly more apparent, which has led Murkowski to prioritize emissions and climate change as chair of the Senate Energy and Natural Resources Committee.

Senior Republican Senator John Cornyn from Texas is now in talks about addressing climate change, when previously the Senator voted against an amendment that would state climate change was real.

“I am not one that denies that human beings have an impact on the environment,” Cornyn said in an interview a few years ago. “But I am sure not willing to put the federal government in charge of trying to micromanage the environment for the United States of America, nor for us to drive up the price of energy for people on fixed income, like seniors and people of modest means, by putting restrictions in place that other nations are not.”

Cornyn is still determined to make sure that the economy doesn’t suffer in the name of climate change mitigation.

As noteworthy as it is that more and more Republicans are working to deal with climate change, Lukas Ross, a senior policy analyst with Friends of the Earth, told Bloomberg that we’re well past the window for moderate action.

What’s more, there are concerns that the changing stance is just rhetoric that could shift back to denial as we get closer to the election.

“A small minority of Republicans don’t deserve a pat on the back for acknowledging 40 years of scientific consensus,” Ross said.