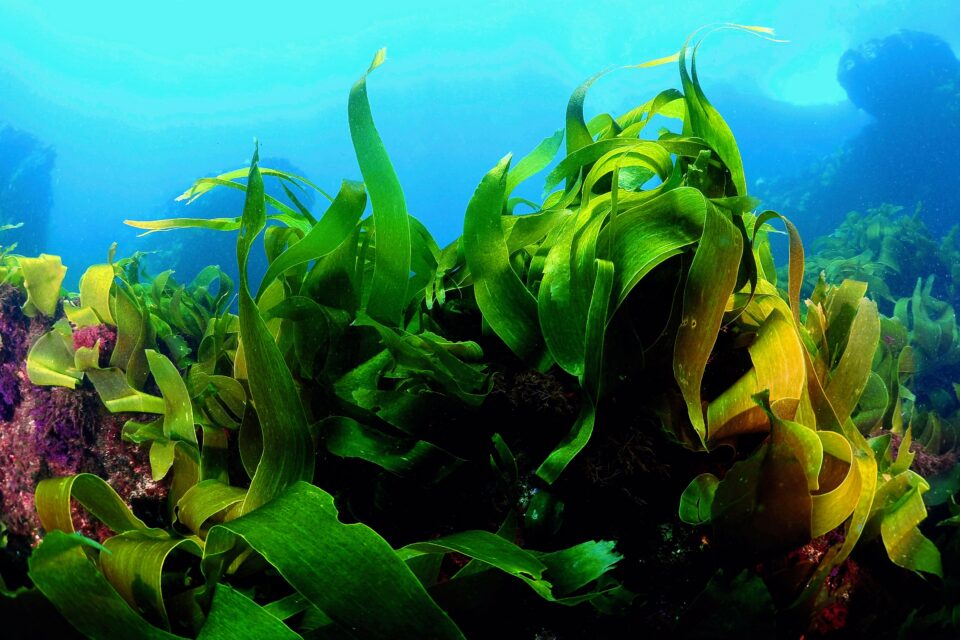 Giant kelp (Macrocystis pyrifera) is a species of large brown algae that is vital to legions of fish, invertebrates, mammals, and birds which rely on it for food and shelter in the temperate, shallow, nearshore waters where it grows. So far, giant kelp has proven very resilient to stressors brought on by climate change, such as severe storms and ocean heatwaves.

However, new research led by the University of California, Santa Barbara, has found that giant kelp’s ability to withstand rises in temperatures may come at the cost of its nutritional value.

According to study co-author Kyle Emery, a graduate student at UC Santa Barbara, “one of the most hidden effects of ocean warming” seems to be giant kelp’s increasing loss in nutrient content. By analyzing data collected over two decades about several kelp forests from the Santa Barbara Chanell, Emery and his colleagues have managed to identify significant trends in patterns of nutrient content charactering giant kelp populations.

“The temperature of the seawater and nutrient availability are really closely coupled in the Santa Barbara Channel, and we’ve known that for some time,” said study lead author Heili Lowman, a biogeochemist at the University of Nevada, Reno.

While lower temperatures bring nutrient-rich waters from the deep, in warmer seasons nutrients in the upper layers of the ocean – particularly nitrogen – become scarcer.

“Physiologically, kelp plants can’t store nitrogen for longer than a couple weeks, so whatever’s happening around them in the water they’re going to respond to very quickly because they need a constant supply of nitrogen to grow, and to continue to reproduce,” Lowman explained.

Since ocean temperatures have continued to rise due to global warming, nitrogen content of the giant kelp declined by 18 percent, with a proportional increase in carbon content. This decline in kelp’s nutritional content is negatively affecting a vast array of marine animals that consume these algae, such as sea urchins, abalone, intertidal beach hoppers, or other invertebrates.

Moreover, the effects could ripple out to the rest of the food web, affecting also those that fed upon kelp’s primary consumers, including, ultimately, humans.

The study is published in the journal Oikos.