Trees in a forest ecosystem may be living as interconnected ‘superorganisms’ 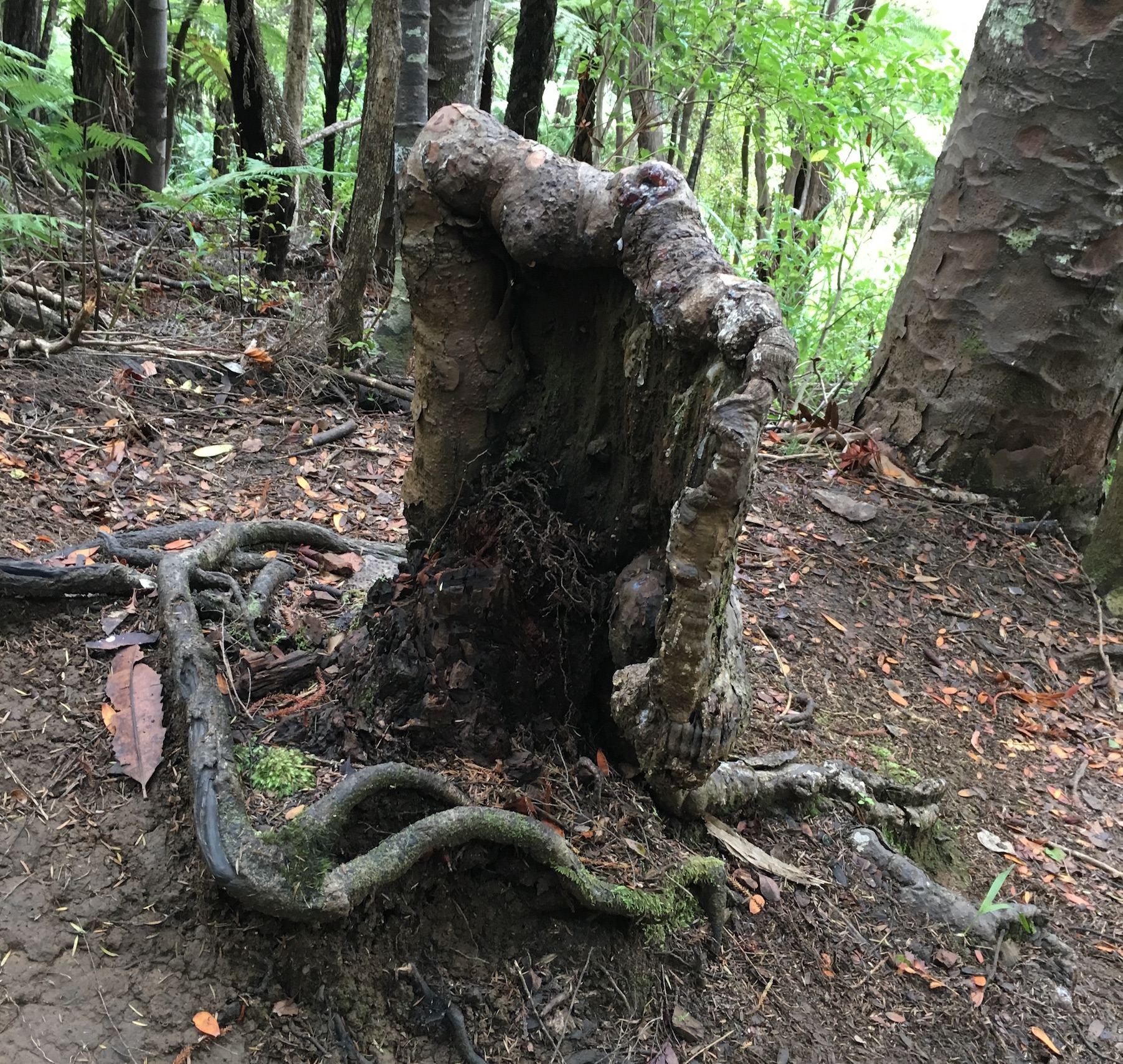 Trees in a forest ecosystem may be living as interconnected ‘superorganisms’

Trees in a forest ecosystem may be living as interconnected ‘superorganisms’. In a New Zealand forest, researchers have been investigating how a tree stump clings to life by pulling water and nutrients from the roots of neighboring trees. This grafted root system implies that forest ecosystems should no longer be viewed as a bunch of individual trees, but instead as interconnected networks living as “superorganisms.”

Study co-author Sebastian Leuzinger is an associate professor at the Auckland University of Technology (AUT).

“My colleague Martin Bader and I stumbled upon this kauri tree stump while we were hiking in West Auckland,” explained Professor Leuzinger. “It was odd, because even though the stump didn’t have any foliage, it was alive.”

According to Professor Leuzinger, these measurements suggest that the roots of the stump and its surrounding conspecific trees were grafted together. Root grafts can develop once a tree recognizes that a nearby root tissue is similar enough to allow for the exchange of resources, despite any genetic differences.

“This is different from how normal trees operate, where the water flow is driven by the water potential of the atmosphere,” said Professor Leuzinger. “In this case, the stump has to follow what the rest of the trees do, because since it lacks transpiring leaves, it escapes the atmospheric pull.”

The team wanted to understand why a living kauri tree would want to keep a nearby stump alive. “For the stump, the advantages are obvious – it would be dead without the grafts, because it doesn’t have any green tissue of its own. But why would the green trees keep their grandpa tree alive on the forest floor while it doesn’t seem to provide anything for its host trees?” Trees in a forest ecosystem may be living as interconnected ‘superorganisms’

Professor Leuzinger said one possible explanation is that the root grafts formed before one of the trees lost its leaves and became a stump. The graft system expands the roots of the individual trees, providing them with more stability on the steep slope of the forest and allowing them to access more resources such as water and nutrients. It may go unnoticed when a single tree stops providing these nutrients.

“This has far-reaching consequences for our perception of trees – possibly we are not really dealing with trees as individuals, but with the forest as a superorganism,” said Professor Leuzinger.

“This is a call for more research in this area, particularly in a changing climate and a risk of more frequent and more severe droughts. This changes the way we look at the survival of trees and the ecology of forests.”