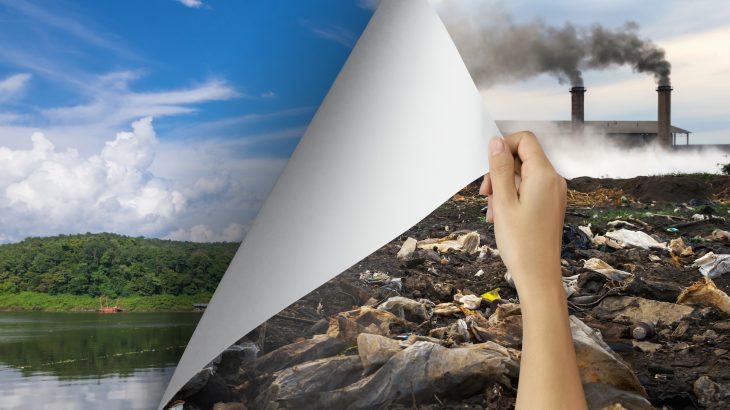 While scientific research continues to highlight and forecast the dangerous impacts of climate change, policies under the Trump administration have done little to factor in these findings and have even cut funding for further research.

Right and left political divides coupled with mistrust in the scientific process has led to an increasing rift between environmentalists and climate change skeptics.

To help bridge this gap and find ways to talk about the tough issues of climate change, two studies presented at the American Psychological Association’s annual convention examined better ways to address mistrust in skeptics and help spur productive conversations about climate change.

For the first study, researchers from Harvard University and the University of California, Santa Barbara surveyed almost 700 participants about their belief in science and climate science.

By first asking questions to help reinforce a belief in widely accepted scientific principles like gravity and the causes of disease, the researchers theorized that skeptics might be more open to the concepts of climate change.

“When people are faced with two or more opposing beliefs, ideas and values, it tends to create discomfort, which can lead people to becoming more open-minded about a particular issue,” said Christine Vriesema, a co-author of the study.

Half of the participants were given questions about general science and climate science, and the other half were only asked about their belief in climate change science. The surveys also included questions about political leanings.

The team’s predictions were correct, as climate skeptics that were first asked about other areas of science were more likely to agree with climate change science.

“We were pleasantly surprised that a brief, two-minute survey changed skeptics’ views on climate change,” said Carly D. Robinson, who presented the research. “It is exciting to know that in real-world settings, we might be able to have more productive climate conversations by starting from a place of common belief.”

For the second study, researchers from Indiana University found that aquariums, zoos, and national parks are excellent platforms for educating the public on climate change and spreading awareness about conservation.

203 educators who work in zoos and national parks were surveyed before and after taking part in a yearlong training program meant to help create more confidence when talking about climate change issues.

The participants were asked to rate their confidence in discussing climate change, how much agency they felt when educating the public on these issues, and if they felt like they had many different ways to tackle climate change conversations.

The parts of the training program that helped enhance “pathways thinking,” or finding different ways to talk about climate change, were the most effective for inspiring confidence in educators.

“Our findings suggested that portions of the training that taught how to persevere and be resilient in the face of difficult climate change conversations may have been the most effective at promoting discussion,” said Geiger.

Both studies show that climate change positions, whether in dealing with skeptics or having difficulty talking about the issues, are not fixed.

While these conversations are not easy, the research shows that it is possible to reinforce a belief in climate science and inspire more confidence to educate the public.