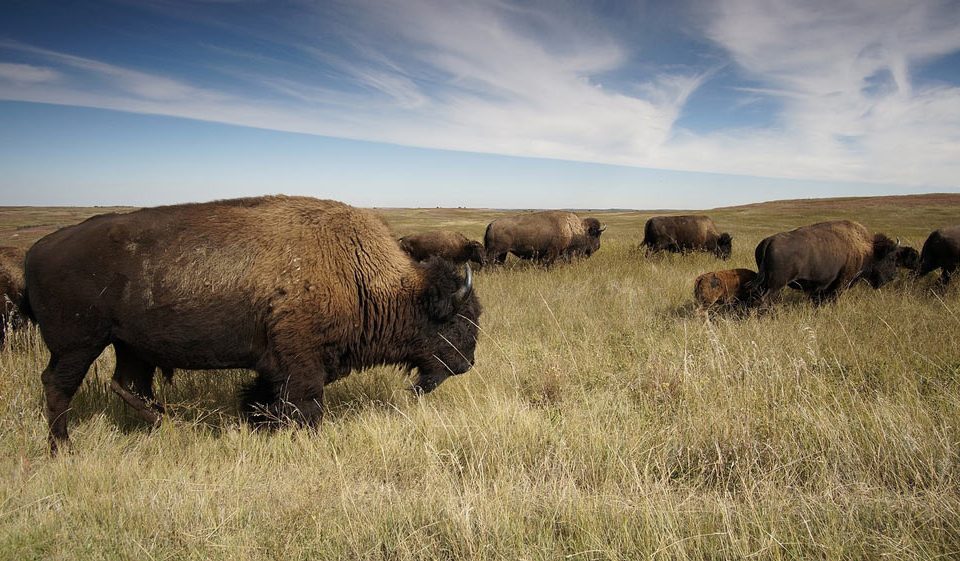 Grasslands are one of the most important habitat types on our planet. They cover almost 25% of Earth’s surface on land and are found on every continent except Antarctica. The animals that live in grasslands need to be extremely resourceful. How does an animal eat when their food is under a meter of snow? Without trees and shrubs to hide in, how would an animal escape or avoid its predators? Before we look into 5 of the most resourceful grassland animals, let’s define what a grassland is first.

As its name implies, a grassland is an ecosystem comprised of – you guessed it – grass! Plants called rushes and sedges often accompany the grass to create the characteristic plains and savannahs we see today. Grasslands go by many names, depending on the locale. In North America, they are referred to as prairies. Pampas are the grasslands of South America. In Central Asia, they’re called steppes. Savannas usually refer to the expansive grasslands of Africa.

So, which grassland animals are the most resourceful? 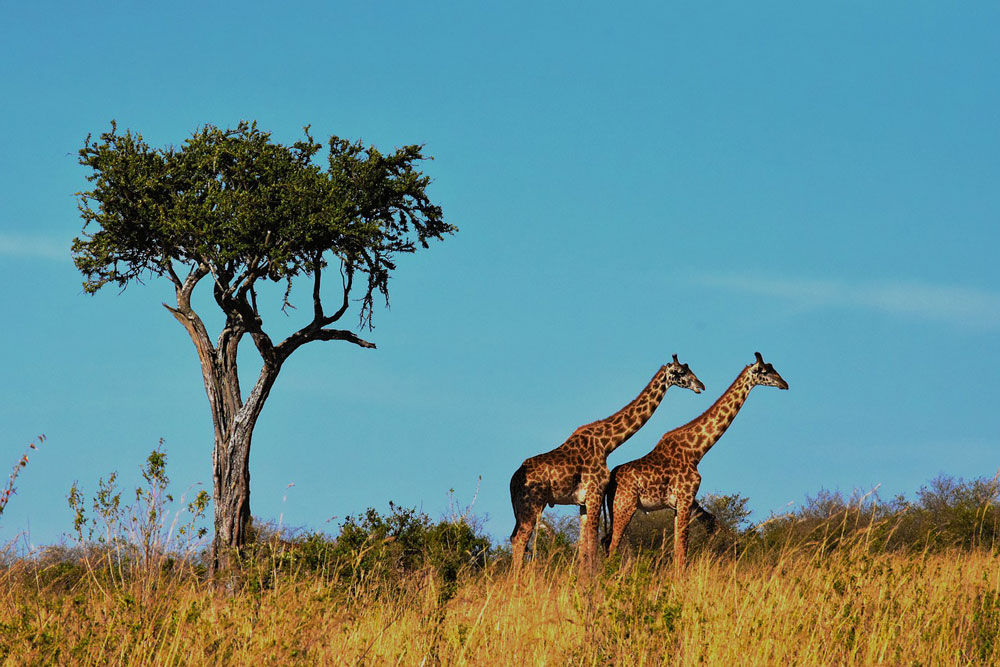 Giraffes have adapted to take advantage of a food resource almost no other animals has. They are one of the only animals in the African savanna that can reach the highest leaves on trees, thanks to their extremely long neck. For a giraffe, eating the highest leaves from the tallest savanna trees is a walk in the park. Giraffes eat about 34 kilograms (75 pounds) of leaves a day. For their size, they actually require much less food than the average herbivore because the leaves they eat are extremely nutritious – a luxury other herbivores don’t have. 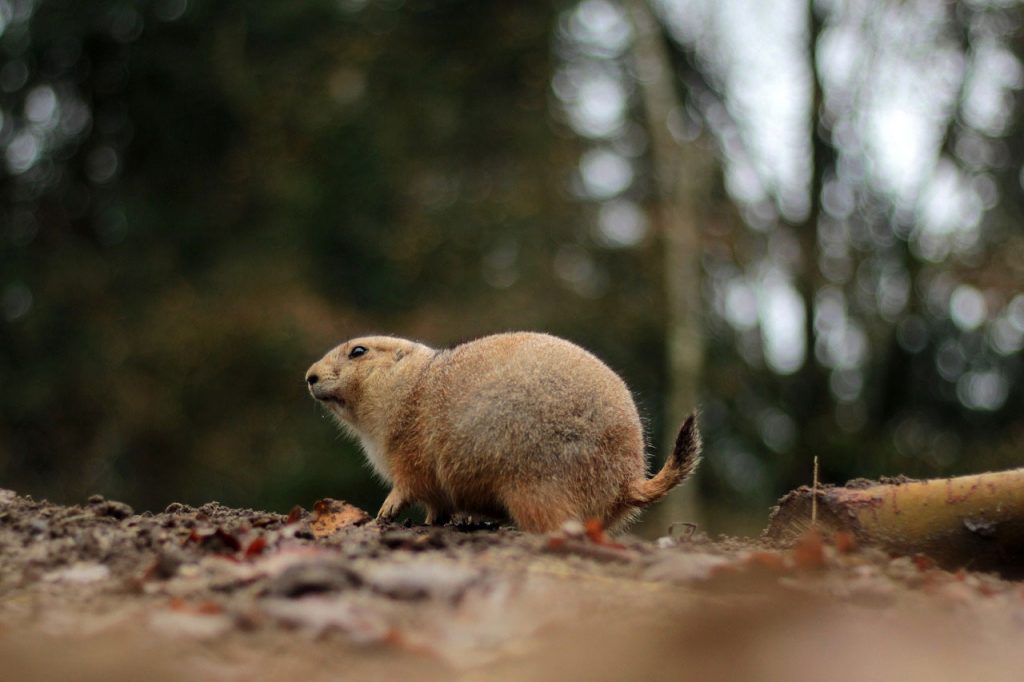 A characteristic animal of North American prairies is the aptly named prairie dog. Unlike dogs, these rodents are not carnivores. They’re some of the most abundant animals in the grasslands of North America. Although they are the prey of various other animals, they still manage to thrive.

Prairie dogs succeed in highly competitive grasslands by using resources above and below ground. They create burrows that can be dozens of meters long, and even make different chambers for varying purposes. Because they live above the soil as well as within it, they eat every single part of a plant. Leaves, seeds, stems, and roots are all fair game for the prairie dog. Other animals, like moles and gophers, eat only the below-ground parts, while other herbivores eat only the above-ground portions. 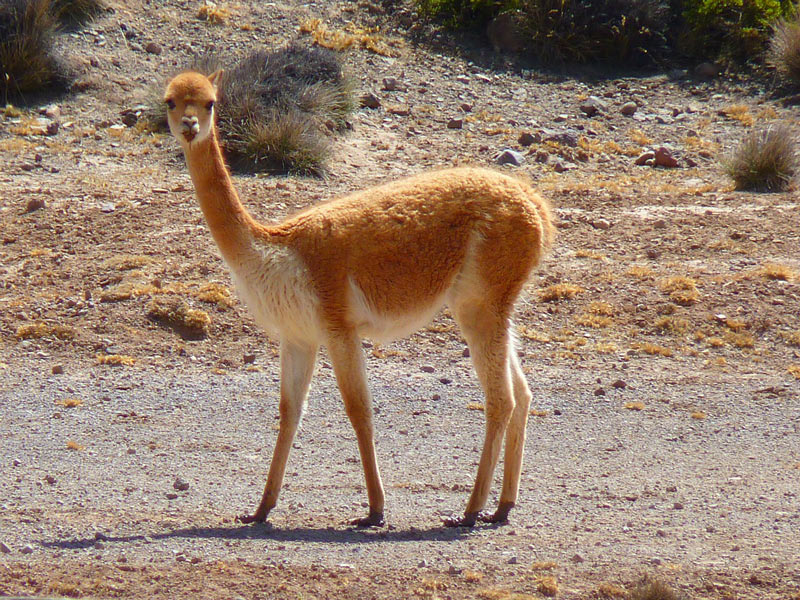 The vicuña is a relative to the domesticated llama and alpaca of South America. They live in the highest alpine plains of the Andes at 3,200 to 4,800 meters (10,500 to 15,700 feet), which are some of the harshest grasslands in the world. At night, temperatures drop well below freezing. Luckily for the vicuña, it has some of the warmest wool in the animal kingdom. Their fur is extremely fine, with each hair measuring only 12 micrometers in diameter. For this reason, it’s highly prized by people and is some of the most expensive wool in the world. Vicuñas trap their own body heat very close to their skin thanks to their wool, which is how they survive in the cold, harsh environment of the Andes.

Vicuñas need to use another odd resource to supplement their low nutrient diet. In order to get the minerals they need, vicuñas simply lick rocks to obtain salt and other small amounts of nutrients. Ingenious! 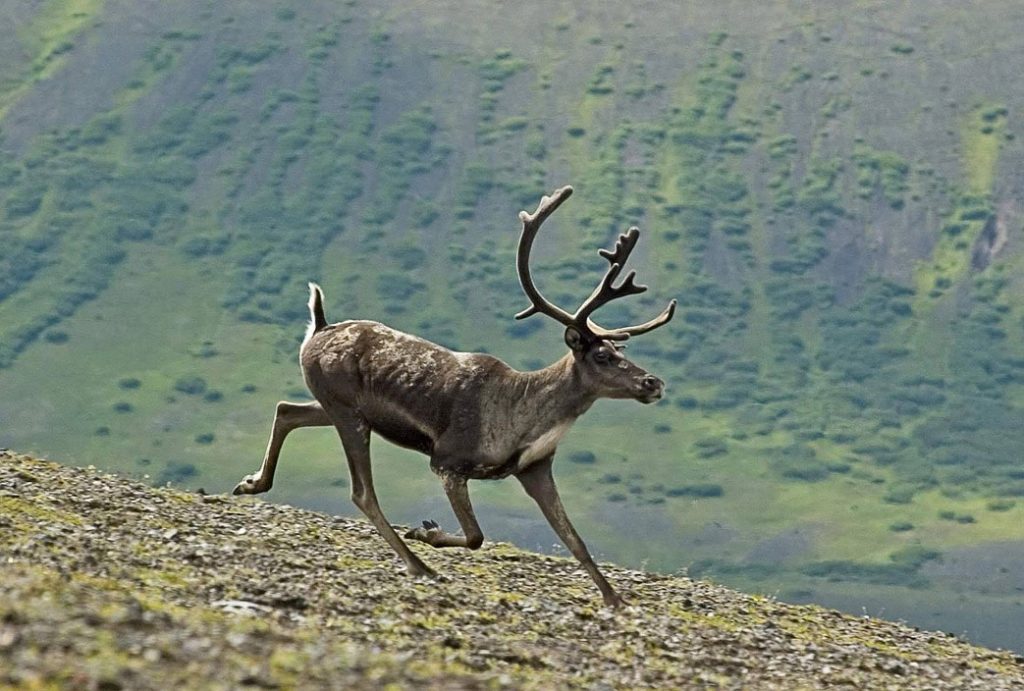 Caribou are also known by the name of reindeer. They’re found in northern regions of North America, Europe, and Asia. Why do Santa’s trusty companions make the list of most resourceful grassland animals? It has to do with the lengths they go to obtain their food and care for their young. Every year, caribou embark on one of Earth’s greatest animal migrations. As summer approaches, herds of caribou migrant northward to reach the abundant plants beginning to grow. A full round trip sees caribou traveling up to 2500 kilometers (1600 miles) in a single year! 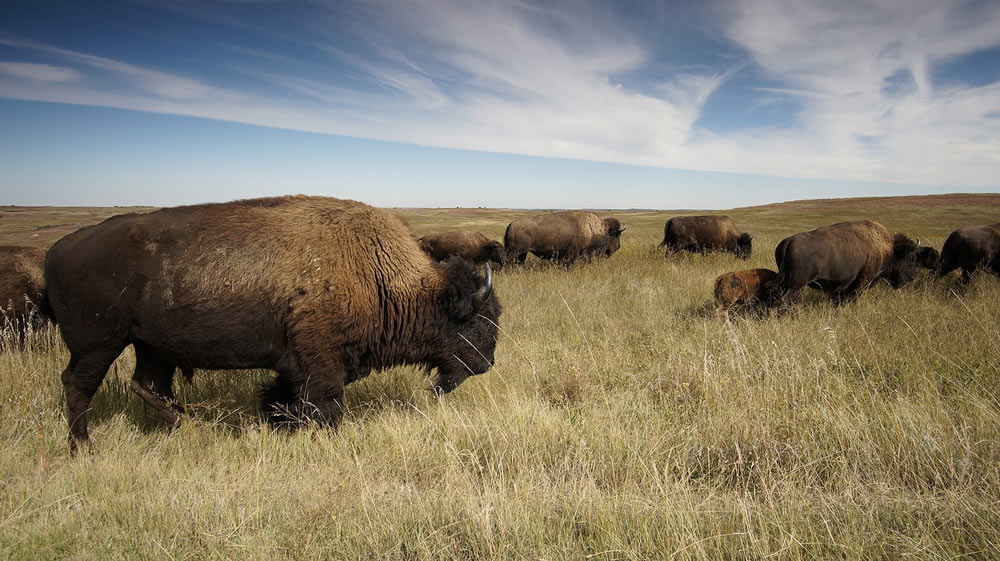 Bison are another one of the dominant animals in the grasslands of North America. They have been incredibly important for humans for millennia because their meat is highly nutritious and their pelts are valuable. Sadly, in the 1800’s humans were responsible for the near-extinction of the animal. Fortunately, bison are extremely resilient and resourceful, and their numbers have been steadily growing for the past 100 years.

Bison, like many grassland animals, eat plants. One problem they face is finding food during the cold winter months when they have to wade through waist-deep snow. Amazingly, bison use their enormous head to dig through and push the snow aside to access the scant amount of grass below. The grass, which is frozen and nearly dead, is hardly nutritious. Bison eat enough to survive through the winter, thanks to using a resource no other animal would even consider.