What Happens to All the Space Junk? • Earth.com 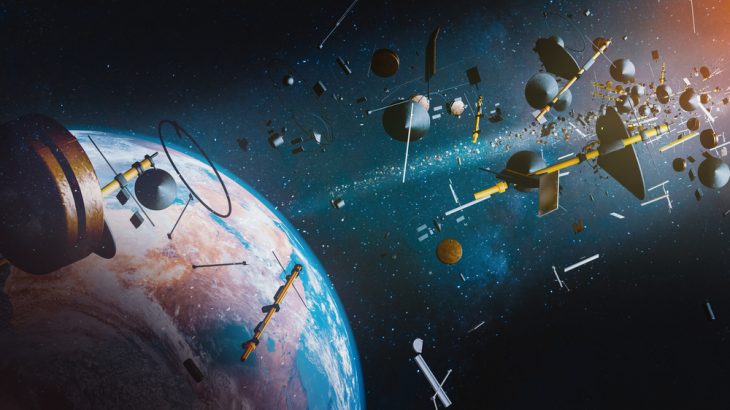 What Happens to All the Space Junk?

Just as humans have polluted planet Earth’s oceans, lands, and air, we have begun to also pollute the Earth’s orbit with space junk. Every time humans have launched a rocket up into space, part of it remains there. Over the course of thousands of launches, this trash adds up and has catastrophic potential.

Why Is Space Junk a Problem?

Any human-made, non-functional object in the Low Earth Orbit (LEO) is considered space junk. LEO is anywhere from 100 miles to 600 miles above Earth’s surface. This is the zone where the International Space Station, satellites, and other space projects exist. Due to the gravity of Earth, objects in the LEO orbit around our planet.

While space in its entirety is unimaginably vast, the LEO isn’t all that huge. Consider that humans have launched thousands of rockets into space to date. Each of those rockets has a payload, which is the stuff humans are trying to get into space (often satellites). These rockets also typically have upper stages, which are the last part of the rocket that propels the payload into the LEO. These upper stages, unlike the lower stages which drop away in Earth’s atmosphere, remain in space.

The Consequences of a Collision in Space

All of these upper stages and satellites from space missions remain in LEO. They don’t disappear once sent into space. In fact, there are over 20,000 pieces of man-made material in LEO that are larger than a softball. Altogether, this space trash weighs over 6000 tons. This space junk orbits Earth all over the place. Since these objects travel over 17500 miles per hour (about five miles per second), any collision would be enormously powerful.

For example, a paint chip collided with a window on a space shuttle mission. NASA decided they needed to replace the window because of the damage the fleck of paint caused. We think there are over half a million pieces of space junk as big as this fleck of paint. Windows of the International Space Station (ISS) have also been damaged by paint flecks.

If one of the larger pieces of space trash hit the ISS, the results would be catastrophic. NASA keeps a database of all the known pieces of space junk larger than 4cm across and had to alter the course of the ISS three times in 2020 to avoid potential collisions with space junk. The ISS always has humans on board, so any potential collision with space trash is harrowing.

While paint flecks may seem harmless enough, space junk could become really bad really quickly. Imagine one of the softball-sized pieces of junk hits a large, old upper stage of a rocket floating in LEO. The softball-sized debris would shatter the upper rocket stage into thousands of pieces of smaller space trash. This increased number of space junk objects would exponentially increase the odds of more collisions. The Kessler Syndrome is the point at which these collisions happen as a chain reaction, with each collision making the next one increasingly likely. At some point during the Kessler Syndrome, it would be too dangerous for us to send humans to space.

As space flight and satellite technology become increasingly affordable, more private companies are sending satellites into orbit. Cubesats, which are small, 1-liter sized satellites are easy for private companies to create and get into orbit. Companies that focus on communications, mapping, and remote sensing are all sending cubesats into LEO. In 2020, humans sent 400 cubesats into LEO. Compared to the 9,000 satellites launched in the entirety of space exploration, this is a marked increase. If humans continue to send this amount of stuff into space, the space trash problem will get worse and worse. If billionaires like Elon Musk, Richard Branson, and Jeff Bezos get their way with daily private space flights, the problem may become unsolvable. 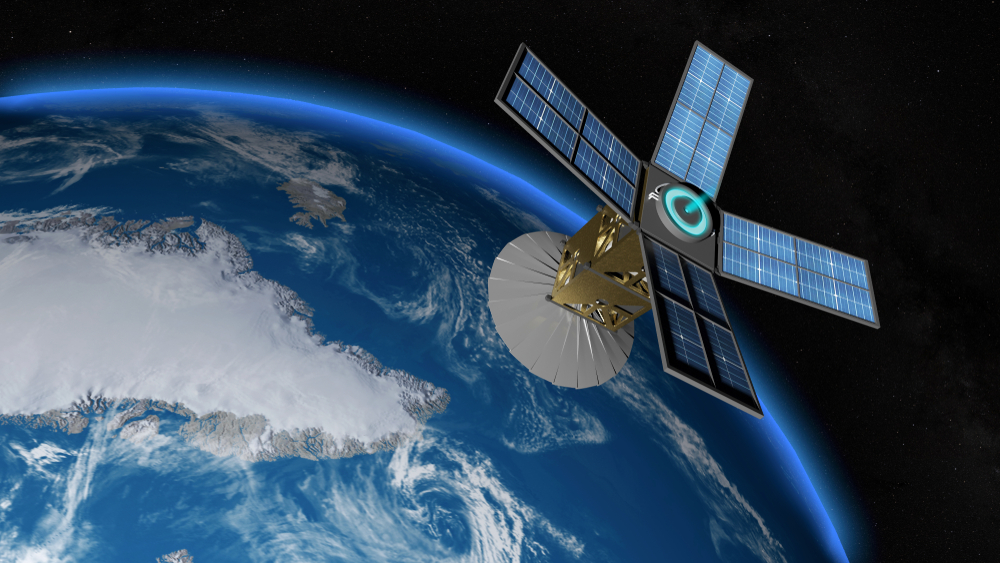 A graphic of a cubesat. Before unfolding, this satellite was about the size of a Nalgene water bottle.

So what can we do about space junk? We’ve got a few options. Much like the trash problem we have on Earth, the best route is to reduce the amount of trash we send into space. But we all use cellphones and GPS, so we need to continue sending some things into space. This means we need a plan to deal with the space debris.

Retrieving space junk has never been done before. The idea of space debris retrieval is to send a spacecraft into LEO with the intention of grabbing a large piece of space junk. Once the spacecraft has a hold of the junk, it would plunge into Earth’s orbit, where it would burn up as it falls towards Earth. This method could be useful for grabbing the larger pieces of junk, such as old rocket upper stages. However, it is unlikely to make economic sense to perform retrieval for smaller pieces of space trash. One idea is to create a spacecraft that can retrieve multiple items of space junk at a time before diving into Earth’s atmosphere.

One challenge with space junk retrieval is that old satellites and pieces of rockets weren’t created with the intention of being caught. They don’t have easy parts to grab onto, so each retrieval mission may need to be custom-built for the particular piece of space trash. 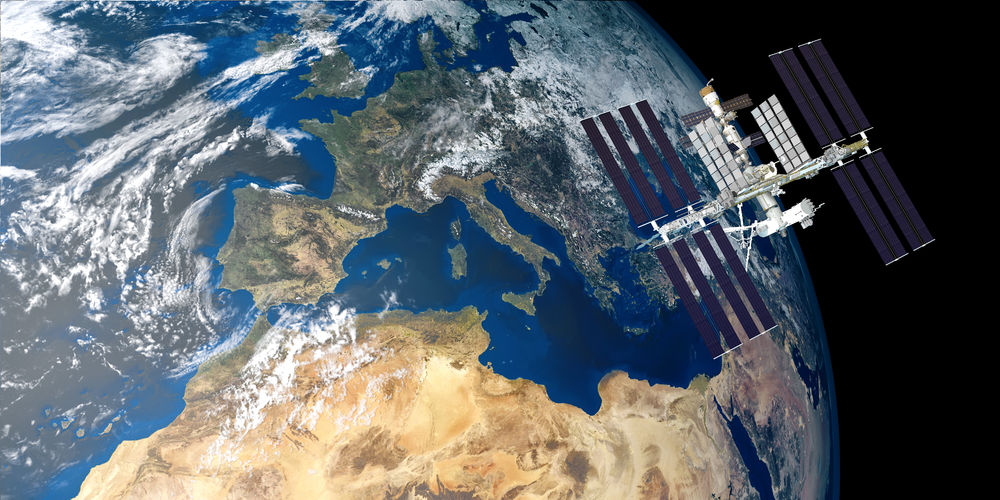 A 3-D rendition of the ISS.

Some astrophysicists think that all satellites sent into LEO should have a universal docking port for later retrieval. This could be a magnetic surface that a different spacecraft could easily latch onto for retrieval. These ports would make the collection of dysfunctional satellites much easier.

China is investigating sending up a space station with a high powered laser onboard. This laser would shoot space debris with high-energy beams. This energy would alter the orbit of the debris, either moving it into Earth’s atmosphere, where it would burn up, or further away from LEO where it isn’t as much of a problem.

Efforts to Clean Up Space Junk

While very few people are working on solving the problem of space junk, a few start-up companies aim to do just that. Unfortunately, there isn’t a huge market for retrieving trash from space. Just as it is tough to get rid of trash on Earth, it is even harder to get rid of it in space.

ClearSpace is going to launch the first-ever mission to retrieve space trash in 2025. This European-based mission aims to retrieve a large upper stage of a European Space Agency Vega rocket. They plan to use a net to capture the rocket stage. Once captured, the spacecraft will drag it into Earth’s orbit. This project is slated to cost over 120 million Euros, all to capture one piece of junk. And you know what’s even crazier? The entire Vega rocket launched cost just 40 million dollars! That’s 1/3 the price of retrieving the piece of trash from the rocket!

Astroscale, a Japanese company, is the oldest and largest group working to solve the space debris problem. They have all sorts of fun ideas on their website. One of their ideas is to provide a service to private satellite owners. Their service would be a small spacecraft that flys near the satellite. During the satellite’s lifetime, the buddy spacecraft could dock onto the satellite to adjust its flight path. Once the satellite dies, the buddy would dock onto it and pull it into Earth’s atmosphere. If all satellites had such a system, any satellite launched would have a plan to get out of LEO, reducing the space debris problem. 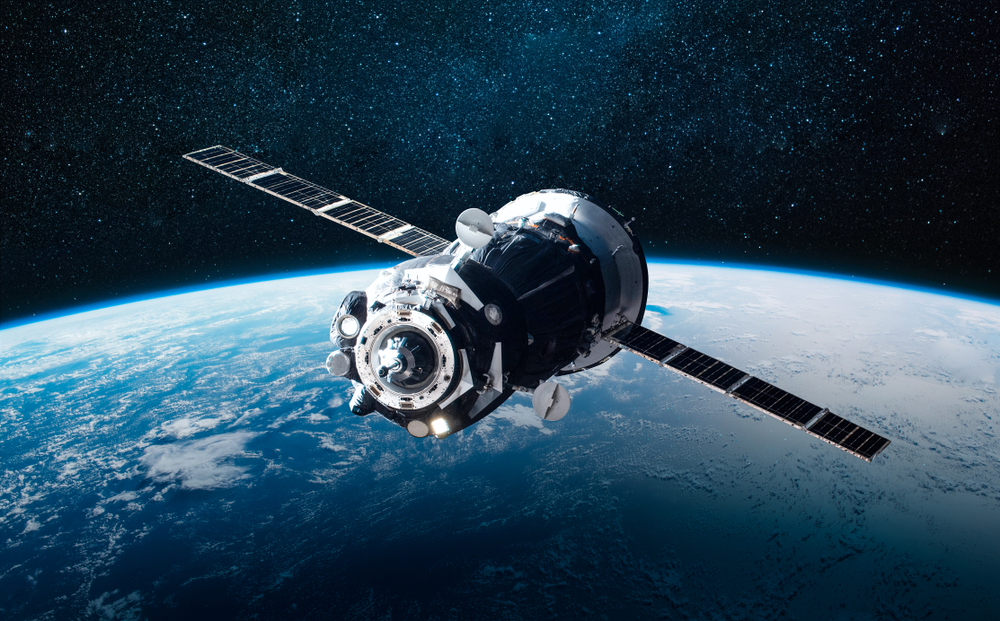 Let’s Be Proactive on Space Debris! Or Maybe Not?

As with most problems, it seems that being proactive on the issue of space junk would be a smart idea. As humans launch more and more rockets into space, the problem will only get worse if we do nothing about it. If we are serious about space exploration, we must tackle the space debris problem sooner rather than later.

On the other hand, maybe cleaning up the space debris isn’t worth the cost. If we don’t plan to have humans in space, perhaps accepting the chances of a satellite collision is more economic than actively removing junk from space.

Either way, this issue will be intriguing to follow in the decades to come.