What Is a Rocket? + Most Famous Launches • Earth.com 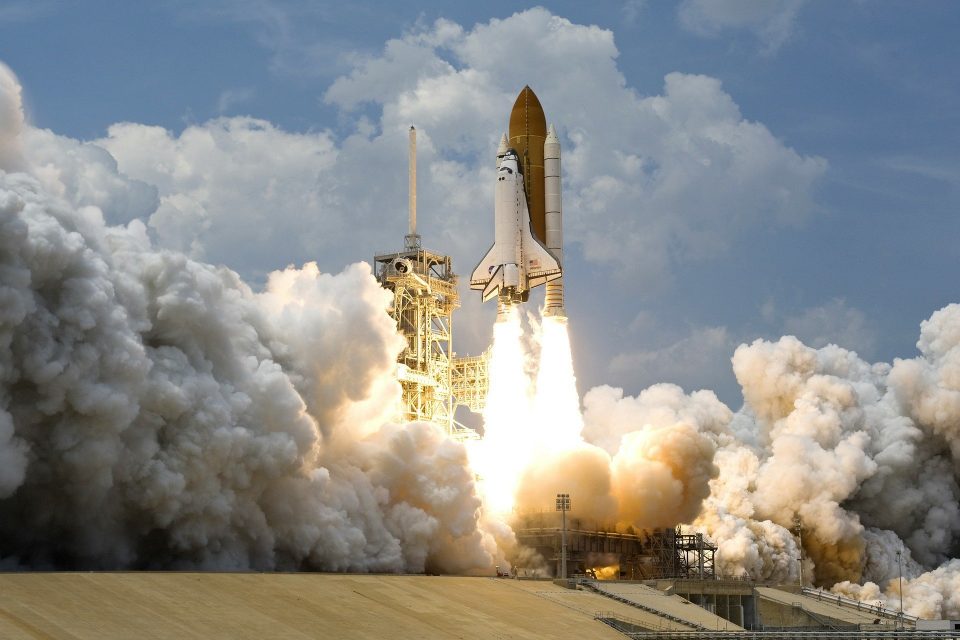 What Is a Rocket? + Most Famous Launches

That humans have made it to space is a profound, impressive feat that has impacts on our daily lives. We wouldn’t be able to see our location on our phones or do anything involving GPS without the satellites scientists have sent to space. We wouldn’t have pictures of Earth from high above or any rocks from the moon. All these accomplishments were possible through science and rockets themselves. While the first rockets appeared as fireworks in China hundreds of years ago, most people think of space ships when they hear the word ‘rocket’ in the 21st century.

On the surface, rockets may seem similar to planes. Both fly, both use fuel, and both are intended to move goods around. While their functions may be similar, the mechanisms powering these two flying machines are different. Exploring how planes and rockets are different is a good way to learn what a rocket is.

First of all, planes have wings and rockets don’t. Wings create lift, which is a force that pushes the plane up in the air against gravity. Air flows over the top of the airfoil faster than underneath the bottom and through some magic of physics, this differential in airspeed creates the force of lift.

But wings are a type of airfoil. The existence of air is why they work. Wings are unnecessary for rockets for a few reasons. First, rockets go straight up through the Earth’s atmosphere. Wings produce drag rather than lift if the object is moving straight up. Second, there is no air in space! Therefore, the airfoil wings wouldn’t do anything for a rocket in space. Moreover, since rockets must be lightweight, these wings would add unnecessary mass.

The biggest difference between rockets and airplanes is how the fuel interacts with oxygen. Both of them rely on thrust from fuel. Thrust is the result of controlled explosions of fuel and oxygen in the engine. These explosions create pressure, which propels the plane or rocket forward.

An easy way to experience thrust yourself is to turn the hose on full blast. Pay attention to how the hose kicks back once the water starts coming out. That force is an example of thrust.

Since our atmosphere is full of oxygen, airplanes can combine atmospheric oxygen with fuel to combust jet fuel and, therefore, create thrust. As with the airfoil mentioned above, the absence of oxygen in space makes the combustion of fuel more difficult.

Instead of using atmospheric oxygen, rockets carry their own tanks of oxygen, which are separate from the fuel. The engine of a rocket combines the oxygen and fuel in the rocket to combust and create thrust. By using on-board oxygen, these machines can create thrust in space.

Parts of a Rocket

A rocket consists of four main systems; structure, propulsion, payload, and guidance. These four systems work together to guide a the vessel into space. 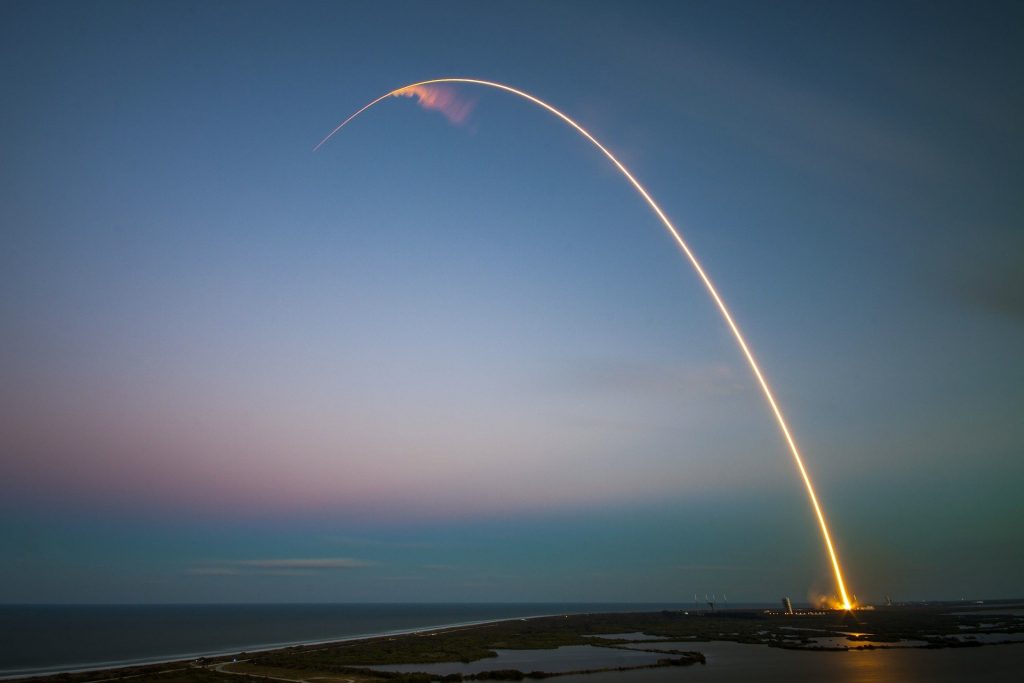 A rocket launches into space.

The payload is the whole point of the rocket. This system consists of the functional objects people aim to get into space. Some examples of the payload include astronauts, the space shuttle, satellites, Elon Musk’s Tesla, supplies for the International Space Station, space probes, or Mars rovers. Physics demands that the payload be small compared to the propulsion system. A NASA scientist says “Real payload fractions from real rockets are rather disappointing. The Saturn V payload to Earth orbit was about 4% of its total mass at liftoff. The Space Shuttle was only about 1%.” 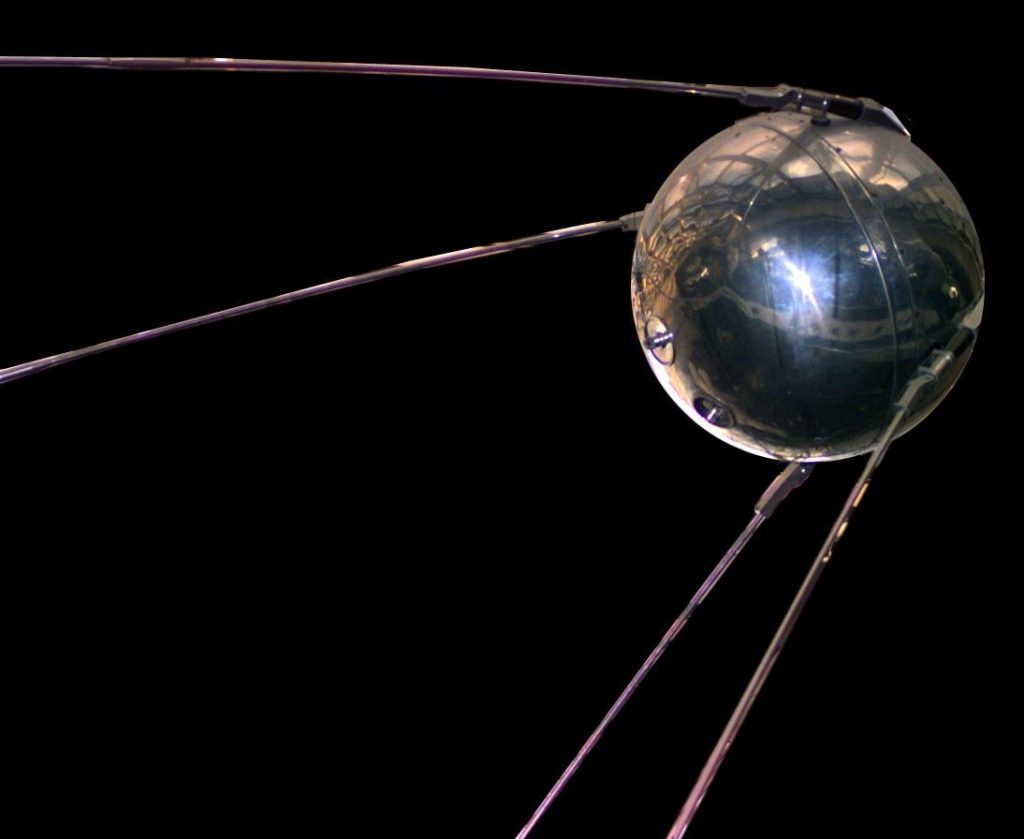 Below is a shortlist of some of the famous launches in humanity’s exploration of space. While hundreds of launches are famous for various reasons, I’ve focused on just a few that were major milestones in rocketry.

Sputnik 1 was the first man-made satellite to make it into space. The world, and even the Soviets, were surprised by Sputnik’s success. This Soviet success worried Americans, who wanted to show the world their dominance. Sputnik-1 created the Space Race and instigated the most intensive period of space exploration to date.

Just a year after Sputnik-1 reached space, NASA had its first rocket launch. Pioneer 1 sent a small probe into space, which ultimately failed. However, Pioneer 1 marked NASA’s importance on the international stage of space exploration.

Yuri Gagarin made history aboard Vostok-1 as the first human in outer space. The entire flight was under two hours long. 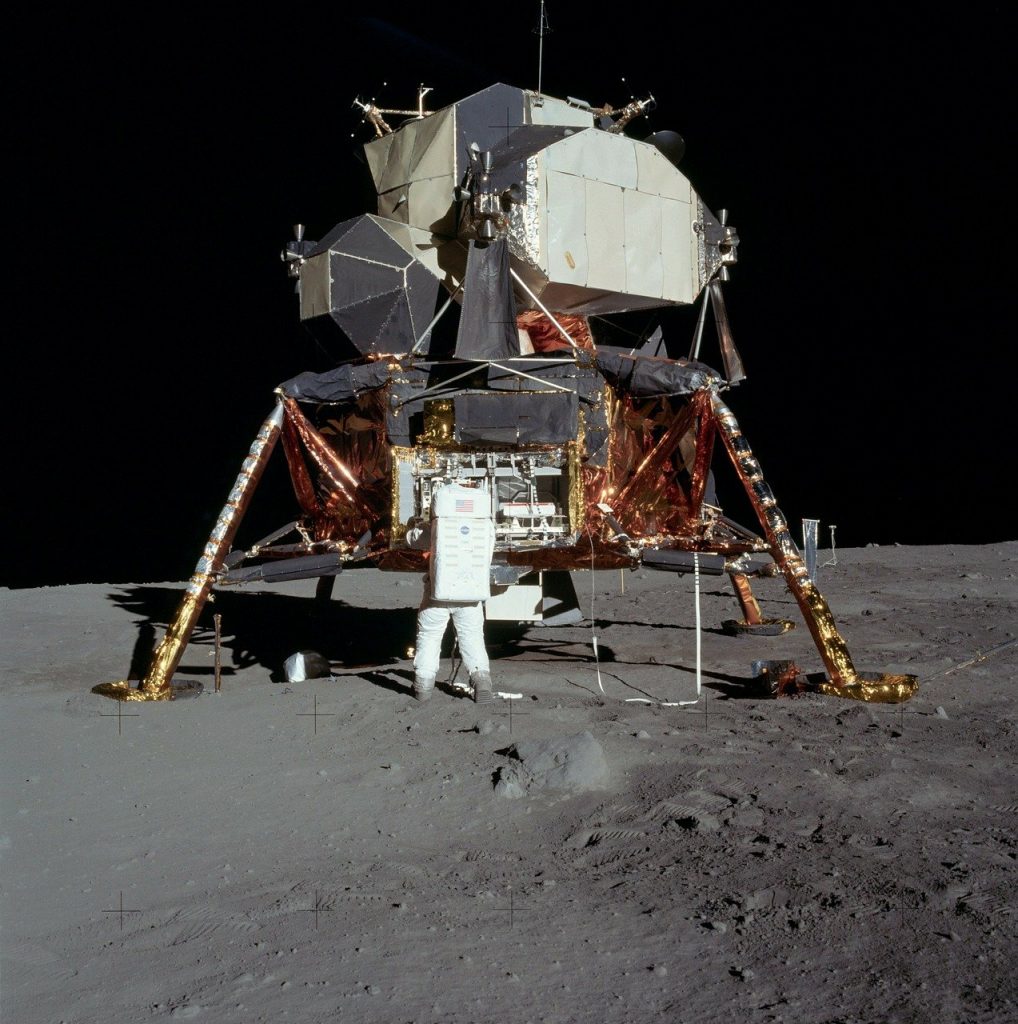 Even though the Soviet Union beat the United States on the first satellite and the first human in space, NASA ultimately won the Space Race by getting the first human on the moon. Apollo 11 brought Niel Armstrong to the moon where he said “That’s one small step for man, one giant leap for mankind.” 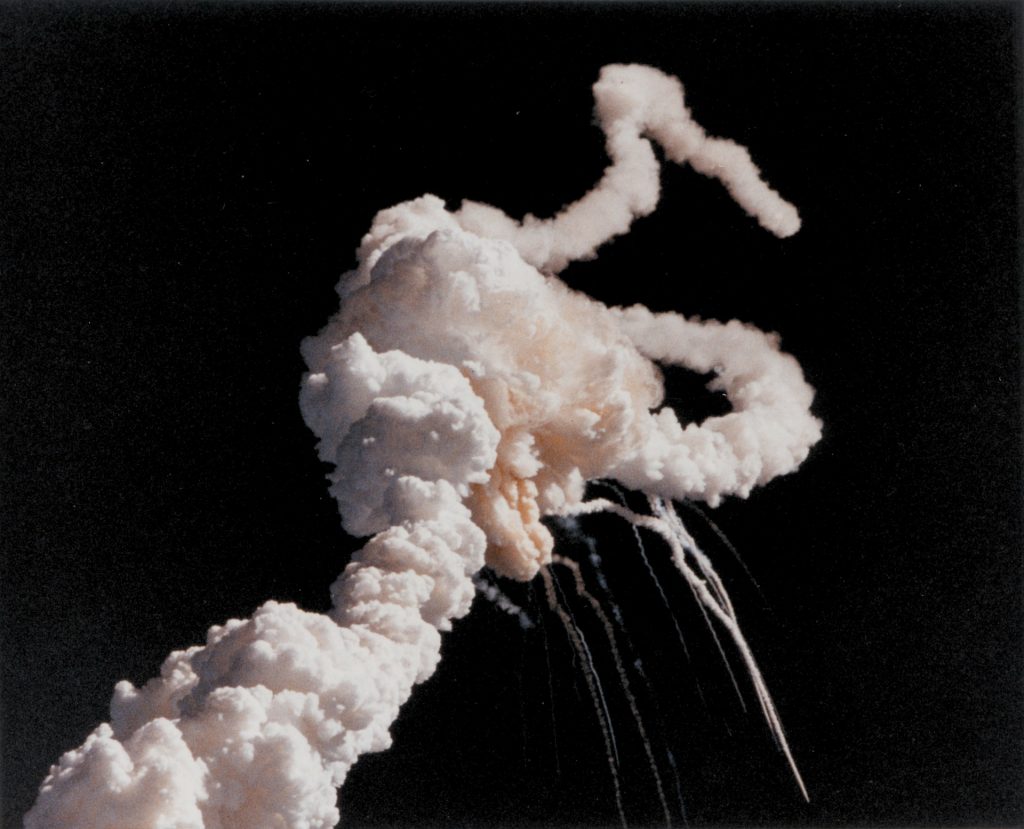 The smoke from the explosion of the Space Shuttle Challenger.

The failed launch of the Challenger is perhaps the most famous rocket launch of all time. Just seconds into its flight, the entire rocket blew up in the sky, killing seven crew members and leaving the world stunned. The Challenger flew nine successful missions before exploding, where it carried parts of the European Spacelab into space. Fun fact: There were only six space shuttles in total!

The Mars Pathfinder rocket launched the first Mars rover into space. This robot sent back over 16,000 photos of Mars along with a chemical analysis of Martian soil. 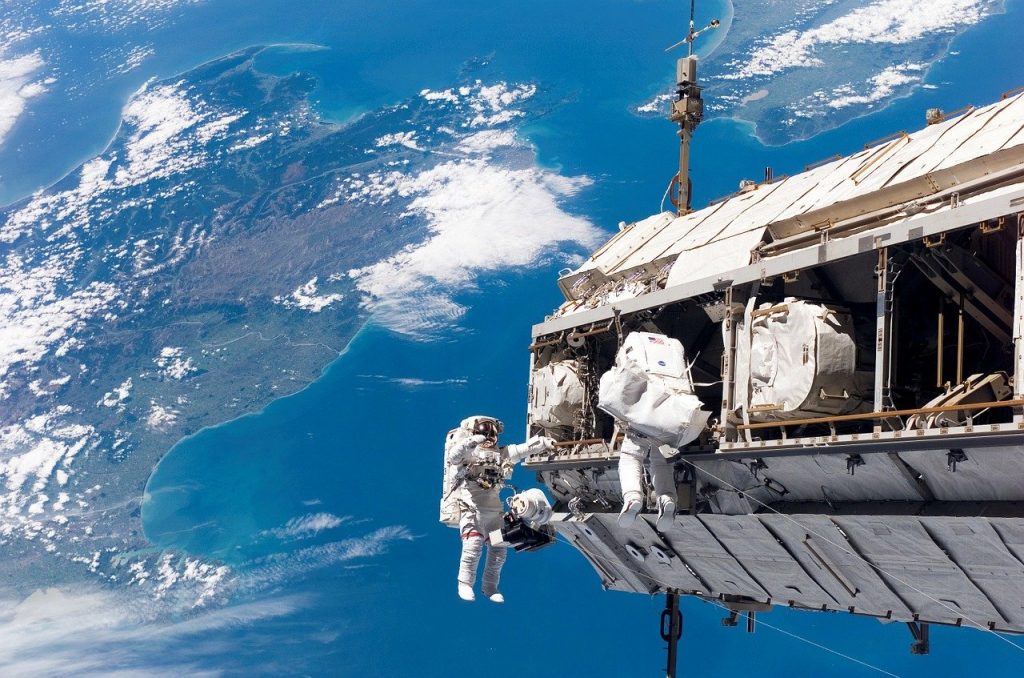 Astronauts on a spacewalk on the International Space Station.

Expedition 1 send the first group of people to live on International Space Station. They lived at the space station for 136 days. Ever since they set foot inside the station in the year 2000, there have been humans on the ISS.

The Future of Rocketry

To reach further into space, humans must create a type of power that is more efficient than the combustion that is currently used in rockets. Successful implementation of nuclear fusion and fission would be immense breakthroughs that would propel spacecraft beyond our solar system. NASA also plans to build a staging area in space to launch deep space missions.

In the meantime, private companies plan to begin space tourism for those who can afford the tickets.