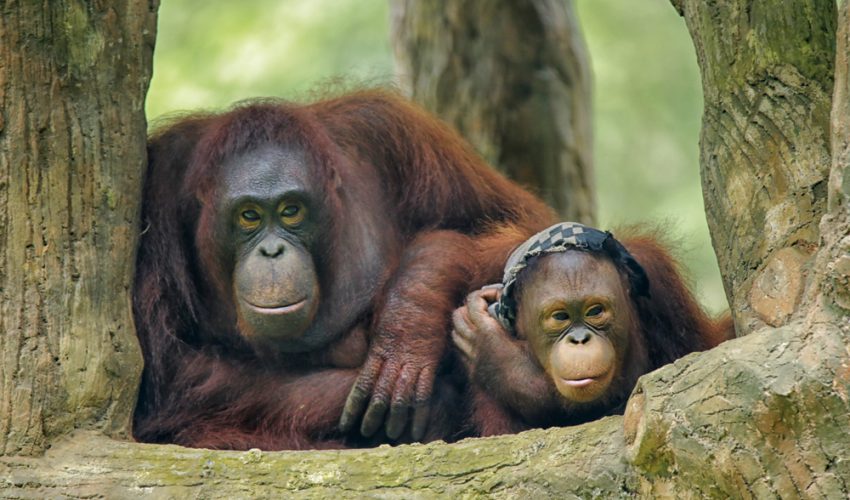 Infants stolen from their mothers. Apes drugged and beaten until they learn tricks that will entertain tourists. These are scenes from the illegal ape trade, and journalists from the New York Times have been working with those who track smugglers to shed new light on the crime.

Wildlife smuggling has become an extremely profitable black market trade, and not just when it comes to apes. Countries throughout the world have struggled to crack down on elephant poaching, pangolin trafficking and tiger hunting, as well as exotic pet practices that are harmful to both the animals and public health.

Wildlife smuggling and poaching have skyrocketed in recent years, according to the World Wildlife Fund.

“Today, it is the fifth most profitable illicit trade in the world, estimated at up to $10 billion annually,” the WWF wrote.

The trade in apes like chimpanzees and orangutans makes up part of this industry, and the ape trade is proving to be much larger than anyone expected. When a CITES-operated database launched earlier this year, researchers discovered a widespread problem.

A single ape trade network that went undetected for over a decade had trafficked more than 1,800 of the creatures, the Great Ape Survival Partnership reported. More than 90 percent of the busts recorded in 23 countries had never been entered in international smuggling databases.

Animal smugglers are competing with the likes of drug cartels and weapons dealers, but unlike dealing in drugs and guns, wildlife smuggling is low-risk, according to the WWF.

“The way they do business makes the Mafia look like amateurs,” ape trafficking sleuth Daniel Stiles told the New York Times writer in his exposé about the trade.

Gettleman shadowed Stiles as he used Instagram and other social media to track down potential poachers selling live ape infants. Some of the apes are sold as pets; most end up in circuses or zoos that train the animals – often using brutal methods – to perform tricks in an attempt to drum up business, Stiles said.

Stiles isn’t just a self-styled detective. He was the lead author of a 2013 report published by the United Nations about the ape trade.

Speaking to Stiles and other experts, Gettleman learned that the infants are much easier to smuggle than the strong adults, and poachers often wipe out entire family groups of chimps, gorillas, gibbons or orangutans to steal the infants.

Thanks to corruption among officials and loose regulations at certain ports, a pipeline has developed to sneak infant apes out of central Africa and southeast Asia and into the hands of collectors, the New York Times reported.

The apes are often drugged or beaten and forced to learn how to play drums, smoke cigarettes, fight each other, or perform other tricks to entertain tourists. One was kept as a hotel mascot – until he escaped and was shot by police.

Most of the apes rescued from these lives require rehabilitation before they can be reintroduced to the wild.

Often the infant apes are sold for thousands of dollars – or as much as $250,000, in the case of gorillas – to their final owner. But the people who catch the babies often earn very little for them. One poacher told Gettleman he was paid about $10 per infant bonobo he caught alive.

“In Boende, a small town up another tributary of the Congo River, three hunters were recently caught with bonobo carcasses and sentenced to several years in a stifling colonial-era prison. The men said they were simply trying to feed their families by selling bonobo meat,” Gettleman wrote.

Gettleman followed along with Stiles as he worked with Thai police and arranged to meet with a suspected ape smuggler in Bangkok. In the end, two baby orangutans were rescued – but the smuggler escaped.

“But for every successful bust, wildlife specialists say, five to 10 other animals slip through. And for every smuggled ape, several more may have been killed in the process,” Gettleman wrote.