2016 in review: 8 good things that happened for the Earth • Earth.com 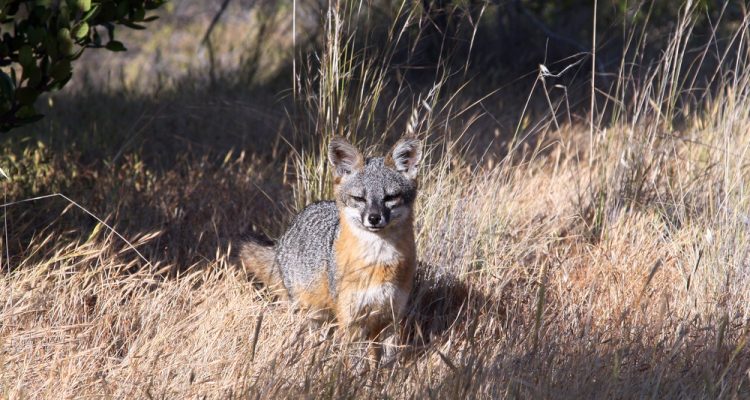 2016 in review: 8 good things that happened for the Earth

When you’re making your New Year’s Resolutions, it’s easy to reflect on the past year and see only regrets. You’re looking at things to change and improve, after all, not the good things.

But you should take the time to celebrate the positives, too – all the progress made and the happy events. Here are eight good things that happened for the Earth in 2016. Let them inspire you as you make plans for the new year.

1. More people are getting involved as citizen scientists.

Citizen science – when everyday people work with trained scientists to collect data or study a problem – used to be seen as a hobby for wealthy dabblers.

Now, it allows involved citizens to get involved in the good things scientists are doing, helping them gather the massive amounts of vital, necessary data they need to do their jobs. In exchange, they get an inside look at science from the other side.

This year, citizen scientists helped NASA conserve penguins, aided in the study of Sierra Nevada meadows and carbon storage, joined the Audubon Society to count birds around the world, downloaded an app to measure earthquake activity for the University of California, and more.

Want to join them? One group of trained scientists created a list of the citizen science projects they’re most thankful for this past Thanksgiving.

Every year brings new animals to the Red List of endangered species maintained by the International Union for Conservation of Nature, and unfortunately, 2016 was no exception. But on the plus side, 2016 also showed that the Red List and other initiatives to save endangered animals work.

In September, the giant panda was taken off of the endangered list by the IUCN, though it is still vulnerable. Wildlife biologists gave credit to China’s anti-poaching efforts and work to maintain panda habitats.

More than half of humpback whale populations were also taken off the list. Other rebounding species include the Pacific fisher, Channel Island foxes, and the black-footed ferret. World tiger numbers are up for the first time in a century.

3. China took steps to shut down its ivory black market.

With African elephant numbers dwindling due to illegal poaching, China made a bold move at the end of the year. It announced that it would shut down its legal ivory industry in hopes of destroying China’s ivory black market.

Despite government regulations on legal ivory, poachers have managed to slip illegally gotten elephant tusks into the Chinese market for years. Chinese citizens who work in the ivory industry will be shifted to other trades, China said.

China has taken other steps to do good things for wildlife this year. Along with several other countries, they began taking steps to crack down on the illegal trade of pangolins, too.

In October, a number of countries – including the U.S., Russia, China and the European Union – signed a deal to turn Antarctica’s Ross Sea into the world’s largest marine reserve. About 16,000 species call the “Last Ocean” home.

As the Ross Sea is so remote, it has been largely untouched by fishing and other industries. The nations that joined the agreement hope to keep it that way. The protections will go into effect on Dec. 1, 2017.

In the same month, Ecuador, Costa Rica, and Peru promised to increase their collaboration in protecting seven World Heritage Sites in the Eastern Tropical Pacific that include the Galapagos Islands, Coiba National Park, Cocos Island National Park, and the Malpelo Fauna and Flora Sanctuary, among others. The sites face many similar challenges, such as illegal fishing and threats to vulnerable species like leatherback turtles.

In 2015, construction of renewable energy plants outstripped traditional fossil fuel plants for the first time, the International Energy Agency announced in the spring of 2016.

It’s a trend that appears to have continued, with global investments in wind and solar power nearly double the investments in fossil fuel plants in 2016. Falling prices for coal and oil triggered downsizing in those industries, Bloomberg reported.

Nine new national monuments were declared in 2016, including wild natural landscapes like Katahdin Woods and Waters in Maine, Castle Mountains in California, and Gold Butte in Nevada. These newly protected areas can be visited by hikers, photographers, and nature lovers, and may someday be considered for national park sites.

7. Fish have more room to swim.

The William and Flora Hewlett Foundation announced the launch of its Open Rivers Fund. The fund, launched with a $50 million grant, will help communities around the U.S. safely dismantle obsolete dams and restore rivers and fish habitat. The first three projects will be the Matilija Dam in California, the Nelson Dam in Washington, and several dams and obstructions on the Rogue River in Oregon.

The fund’s inspiration was a series of studies that found dams in the West have altered 70 percent of the region’s rivers and nearly destroyed several fish populations. Dam removals on the Penobscot and Elwha rivers in the Pacific Northwest have been good things for fish populations in the region.

8. Chernobyl becomes a home for wildlife.

An explosion of a nuclear reactor turned Chernobyl into a radioactive wasteland three decades ago. The disaster caused the humans living in nearby Pripyat, Ukraine to flee – and the wild reclaimed the region.

In 2016, the TREE Project planted motion-sensitive cameras throughout the Chernobyl Exclusion Zone, and captured photos of boars, wild horses, wolves, bears, foxes, owls, and other animals living among the ruins of the town and in the wilds around it.

While the photos give little indication of how the radiation is affecting and changing the animals that live in the disaster zone, they did capture young as well as unbranded adult Przewalski’s horses. Since the horses released into the exclusion zone were branded, at least some of the offspring seem to be surviving, the scientists said.

Some of the scientists studying the area believe that as the wildlife take over, it will return to the bogland it was before humans carved out a niche – especially as the beavers begin gnawing down trees.