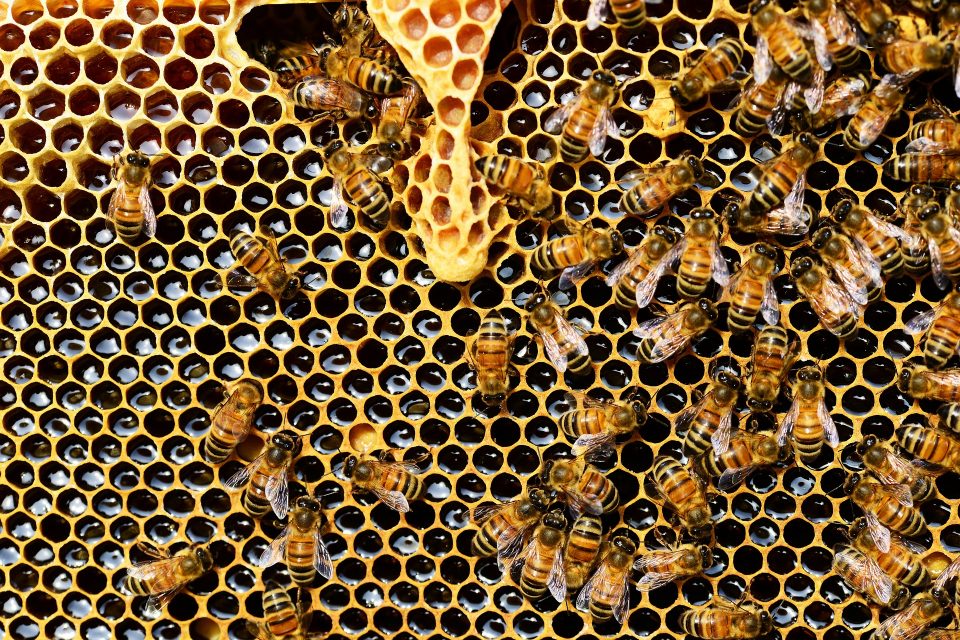 You may think of bees as annoying, stinging pests or cute, fluffy balls, but their most important role is as pollinators of food plants. There are almost 20,000 different species of bees, many of which provide essential services to humans and ecosystems. In the United States alone there are around 3,500 species.

What Is a Bee?

Bees are a group of animals that include a handful of different families. The best-known group, Apidae, includes honey-bees and bumblebees and have a shared “hivemind.” These collective bees dominate most peoples image of bees. However, 98% of bee species are naturally solitary, living without a queen or hive. Many nest in the ground, others form biological plastics to keep their homes dry. The many adaptations of bees are impressive and contain an amazing amount of diversity.

Another common misconception is that wasps are bees. Wasps share many characteristics with bees. Both wasps and bees are classified in the order Hymenoptera (along with ants.) There are 30,000 unique species of wasps. You can tell wasps from bees by their narrow waist that connects their abdomen to their thorax. Wasp nests are papery and made from wood fiber, compared to the waxy hives of bees.

In recent years, bee populations have been declining globally. Increased rates of colony collapse disorder, climate change, and other factors have contributed to these changes. These changes have sparked fear that bees may go extinct, leaving us without essential pollination services. As a result, researchers are even exploring creating robotic replacements for bees.

The American Fish and Wildlife Service has recognized the severe decline in some threatened wild bee populations. In 2016, seven species of Hawaiian yellow-faced bees were placed on the endangered species list. In 2017 the rusty patch bumble bee (Bombus affinis) was designated as an endangered species. This was the first bumblebee species to receive this classification. This provides these species some protection under the endangered species act.

In addition, the International Union for Conservation of Nature (IUCN) lists 16 species of bees as vulnerable, 18 as endangered and 9 as critically endangered globally. However, these endangered species include American native bee species that are not on the endangered species list. Groups in California are pushing to protect these species. 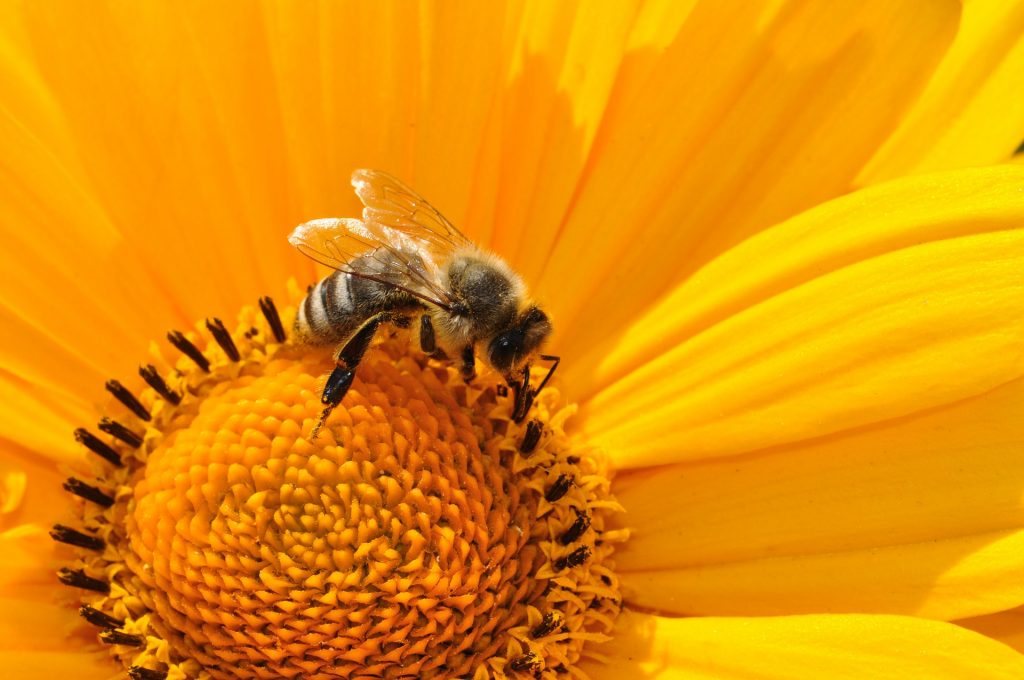 Why Do Bees Matter?

The great diversity among species of bees means that there is a great risk of losing species before we understand them. Many bee species have developed extremely complex and intricate relationships with plant species. These relationships provide pollination for plants that could otherwise never reproduce. With the loss of bees comes the loss of many plants.

The diversity and evolution of insects likely played a major role in the evolution of flowering plants. We could lose this diversity that has developed over hundreds of millions of years in just decades.

Humans rely upon bees to pollinate our food, as well as the many flowering plants we grow for all sorts of uses. In the wild, bees play an essential role in keeping our natural lands healthy.

However, human impacts are a serious threat to many species of bees.

The Biggest Bee in the Business

The western honey bee (Apis mellifera) is the most important pollinator for agriculture. These bees are cultivated on every continent except Antarctica. This species plays a huge role in the food supply. As a result, they are domesticated and bred at a large scale.

In recent years, colony collapse disorder has risen for unknown reasons, harming many apiarists and farmers. Though honey bee populations have experienced substantial changes over the last few decades, they are not endangered.

One of the most likely culprits harming bee colonies is a common insecticide used on crops. Neonicotinoids are synthetic compounds derived from nicotine, a natural insecticide. These chemicals are often sprayed on seeds to prevent insects from eating them before they begin to grow. Studies have shown that these compounds may affect bees at extremely low concentrations. Additionally, these insecticides are neurotoxic to bees and cause harm to colonies even in non-deadly doses.

The loss of bees is not enough to fully explain changes in pollination. Decreasing bee diversity due to habitat fragmentation from agriculture may play a role. In addition, many pesticides have non-lethal effects on bee behavior. This may cause bees to pollinate less effectively, and has the potential to change how our forests and grasslands are pollinated.

Climate change also plays a significant role in threatening populations of bees and other pollinators. Changing seasonal trends in temperature, water availability, and season length can have significant impacts on flowering plants. Many of these species rely on these seasonal cues to know when to flower. Historically, pollinators have been in sync with these cycles. But when climate change disturbs these cycles, pollinators may emerge to find that all of the flowers have already bloomed, or that none are open yet. These complex relationships are difficult to predict, and changes to them ripple throughout the ecosystem.

There are only a few bee species classified as endangered. However, the many sudden changes to their environment pose a real threat. The incredible importance of bees makes it essential that we find ways to protect them.

When should you begin cancer screening for your dog?
News coming your way
The biggest news about our planet delivered to you each day